The Greek coast guard was able to rescue 22 other passengers. Greek officials blamed Turkey for allowing refugees to attempt the dangerous crossing. 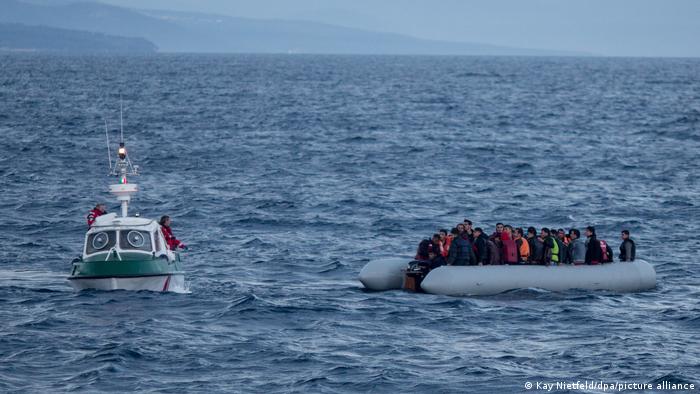 Greece's coast guard said on Tuesday that three girls and one woman had died when a dinghy carrying refugees capsized in the Aegean Sea near the island of Chios. The children were aged three to 14.

"A large number of passengers were on the vessel. That fact, in combination with adverse weather conditions, led to the detachment of the boat floor,'' the coast guard said, adding that none of the passengers wore life jackets.

Using three helicopters, two coast guardships, and six private boats, they were able to rescue 22 passengers, among them 14 men, seven women, and one child.

Greece calls out Turkey over deaths

Officials in Athens immediately blamed Turkey for the tragedy.

"The Turkish authorities must do more to prevent exploitation by criminal gangs at source. These journeys should never be allowed to happen," Migration Minister Notis Mitarachi said.

Greece has warned Turkey on multiple occasions of its responsibilities under a 2016 deal to keep refugees from attempting the dangerous crossing, which is often undertaken in ramshackle boats without any safety equipment.

Turkey, which hosts 4 million refugees, has long argued that it won't hold up its end of the bargain because the EU has not given as much financial support as was promised.

Although the numbers of refugees attempting to enter the EU have decreased significantly since 2015-2016, there has been a slight uptick recently in people fleeing conflict in the Middle East and Afghanistan.