Turkish reporter on trial for doing her job | Europe | News and current affairs from around the continent | DW | 11.11.2015

Turkish reporter on trial for doing her job

Canan Coskun faces decades in jail for her work as a journalist. Her trial is another blow to press freedom in Turkey, which has seen an uptick in attacks on reporters and media outlets, arrests, firings and trials. 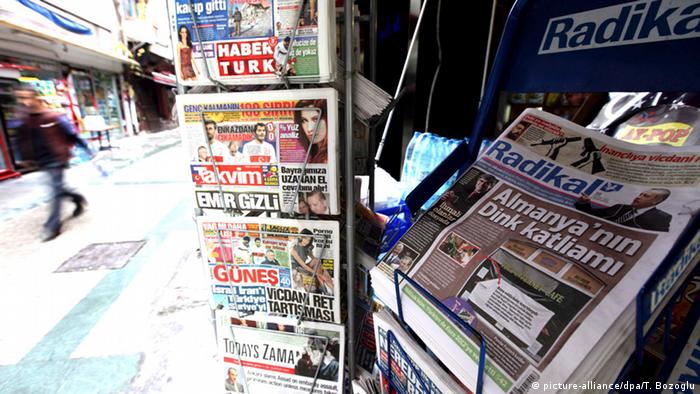 Turkish journalist Canan Coskun goes to trial on Thursday, facing charges that could put her in jail for more than 23 years. Her crime? She published an investigation that allegedly found a rigged lottery system allowed prosecutors and judges with ties to the ruling Justice and Development Party (AKP) to buy discounted homes from a public real estate company.

After the daily Cumhurriyet reporter's piece was published in February, she was charged with "tarnishing public officials' reputation by spelling out their names"; in other words, she faces criminal lawsuits for allegedly insulting those she found involved in the scandal.

While cases like Coskun's are not uncommon - this year the BBC reported that between April 2014 and March 2015, 236 people were investigated for insulting President Recep Tayyip Erdogan, of whom nearly half were indicted - the harshness of the punishment she faces is. Just last month, journalist Necati Dogru from daily Sozcu was sentenced to 11 months in jail for insulting the president. Often, sentences are suspended - meaning they're not served unless the journalist commits the crime again - or reduced to large fines. Journalists are not only sued for what they publish in papers, however. Some have been brought to trial for posts on Twitter that have been deemed insulting. 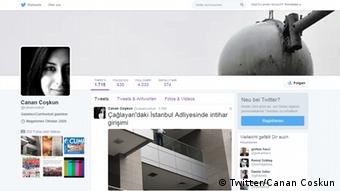 Coskun could be jailed for reporting on corruption

"Due to the charges laid on me, Turkish journalists may soon find themselves in a situation that they are not allowed to implicate any public servant with their critical reporting," Coskun told the Vienna-based International Press Institute in an interview. "In my story, there was not even a single criticism related to the duties of the judiciary members. It was only based on the fact that 'certain judges and prosecutors bought luxury houses with special discounts.'"

While Coskun's case is among the more severe examples of the pressures and dangers journalists have increasingly faced in Turkey, the past few months especially have seen increased reports of detentions, attacks on journalists or media institutions, government takeover of media and journalists being fired for what they publish.

In early September, an angry mob of government supporters attacked offices of independent newspaper Hurriyet following outcry over a series of tweets the paper posted that linked two separate statements made by Erdogan in the same speech. A month later, a prominent columnist from that same paper was beaten outside his home, suffering from a broken nose and ribs. These attacks were reportedly carried out by private citizens, following heated rhetoric from government leaders or those close to the government. 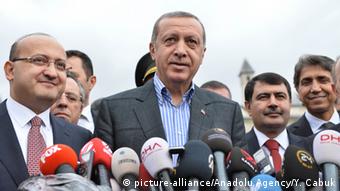 Just last week, two leading editors of Nokta magazine, known for its harsh criticism of the government, were arrested for "inciting an armed uprising" for their post-election coverage. The magazine's cover had an image of Erdogan alongside a headline: "Nov. 2, Monday: The Start of Turkey's Civil War."

Prime Minister Ahmet Davutoglu told CNN's Christiane Amanpour in a November 10 interview that the issue of press and intellectual freedom is a "red line" for him, but alluded to limitations in the case of the Nokta editors: "One of the journalists - it was not related to insulting the president or anyone - published a [magazine headline] that second of November, civil war will start. Is this a journalistic activity, or is this a provocation?" he questioned.

The week before Turkey's November 1 snap elections, security forces raided Kanalturk and Bugun TV during a live broadcast, storming the stations' offices and shutting down their operations. Their holding company, Koza-Ipek, is reportedly linked to US-based cleric Fethullah Gulen, the subject of a very public falling-out with Turkey's president. Government prosecutors accused the company of "financing terrorism."

'A harbinger of what's to come'

"The key point was the government takeover of Koza-Ipek, which showed people that they could just take over any newspaper or TV station whenever they want," says columnist Emre Deliveli. He lost his job on Sunday as a regular columnist for the English-language Hurriyet Daily News. Deliveli warns that this event, compounded by the AKP's unexpected landslide victory on November 1, giving them a majority in parliament, is pushing editors at independent papers like his own to self-censor. 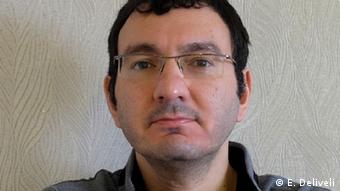 Columnist Deliveli is one of the most recent casualties

Deliveli got fired after he published a column rejected by HDN in the UK's Independent, citing a violation of editorial policy. The piece, which mostly quotes an economist's numerical analysis of the AKP's landslide victory on November 1, is titled: "Was Turkey's Election Rigged?" "When my editor called me, his voice was trembling with anger, I never heard him like this," Deliveli explained. And he says he has published articles rejected by his editors elsewhere in the past. "I think my firing is a harbinger of what's to come," he added.

While local journalists face the bulk of persecution in Turkey, members of the foreign press have increasingly faced public humiliation, deportation and jail time.

Earlier this summer, veteran Dutch journalist Frederike Geerdink was deported for "aiding terrorists," while Iraqi journalist Mohammed Rasool has been in jail pending charges since the end of August for alleged links to the Kurdistan Worker's Party (PKK) - a Kurdish militant organization. The two UK VICE journalists detained with Rasool were deported days later.

International watchdog Freedom House found in its 2015 report that Turkey's press freedoms have only been declining over the past five years. While in 2011, Turkey had a "partly free" score of 54, with 0 being the most free and 100 being not free at all, press freedom declined significantly in 2013 and 2014 to reach a score of 65, or "not free."

Press and human rights organizations have repeatedly condemned the limitation on press freedom in Turkey, and Reporters Without Borders' World Press Freedom Index puts Turkey at 149 out of 180 countries.

Turks don't always get reports of the latest journalist jailed or arrested. In the case of Coskun's trial, Deliveli says, he'll probably have to read foreign reports on it. "I haven't seen much coverage of it," he explains, "If you don't know English or a foreign language, you're in the dark in Turkey."

Critical journalists accused of offending the Turkish government are being regularly jettisoned. The latest casualty is Emre Deliveli, an economist who had been a columnist for Hurriyet Daily News for seven years. (10.11.2015)

Turkish police have stormed the headquarters of a media group critical of the government. The raid comes ahead of elections this weekend as media rights groups decry attacks on the free press under President Erdogan. (28.10.2015)