Turkey's parliament has approved a legal framework for peace talks with Kurdish militants. The move has been hailed as an important step towards ending a three-decade insurgency. 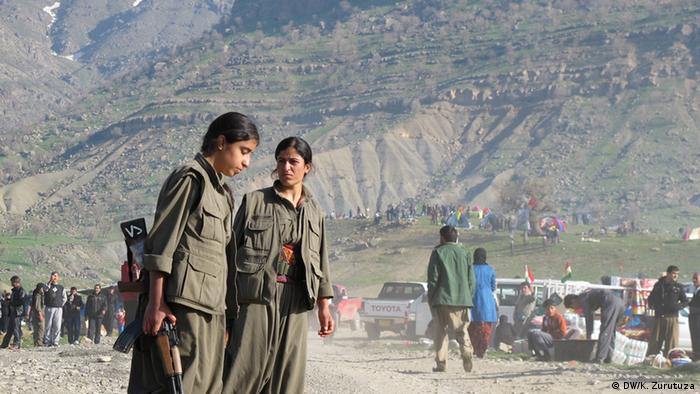 Turkey's parliament on Thursday passed a legal reform package meant to speed up and formalize a peace process with the Kurdish people in the country's southeast.

An estimated 40,000 people have been killed during the 30-year-old armed insurgency by the Kurdistan Workers' Party (PKK). Talks with the government have taken place in recent years and led last year to the PKK declaring a ceasefire, which has largely held.

The new reform package, which still requires presidential approval, would assure immunity for state officials who engage in talks with the PKK - still banned as a terrorist organization by the Turkish authorities, the European Union and the United States. The new laws would also pave the way for amnesty for most PKK fighters and offer a chance to return to regular life if the peace process is successful.

The bill could be a vote-winner for Prime Minister Recep Tayyip Erdogan, as he bids to become Turkey's first directly elected president in a nationwide poll on August 10.

Turkey began peace talks with jailed Kurdish militant leader Abdullah Ocalan in 2012, in an effort to end the conflict. Until now however there have been few legal provisions for negotiating with Ocalan's banned PKK.

Last year, Prime Minister Erdogan's government pushed through reforms that legalized the Kurdish language. There have been objections to the process from within Erdogan's ruling Justice and Development Party (AKP) and strong disapproval from nationalist opposition parties.

Kurdish groups have expressed concern that the process is being dragged out and are pushing for swifter action from the government.

Pro-Kurdish politicians have long sought such a bill, partly to remove the risk of those involved in the talks being prosecuted if the political climate in Turkey turns against the peace process in future.

An earlier draft offering even wider immunity to government officials was toned down after complaints from opposition MPs that it was unconstitutional.

For a long time Turkey's policy has been to resist the Kurdish aspiration for autonomy in their own country and neighboring Iraq. But Ankara's policy towards the Kurds has changed. (30.06.2014)

'The peace process is reaching a dead end'

It's been a year since the Kurdish PKK group called for a ceasefire with Turkey. Zeki Shengali, chief executive member of the Kurdish umbrella organization KCK, tells DW that the process is on the brink. (23.04.2014)