'The peace process is reaching a dead end'

It's been a year since the Kurdish PKK group called for a ceasefire with Turkey. Zeki Shengali, chief executive member of the Kurdish umbrella organization KCK, tells DW that the process is on the brink. 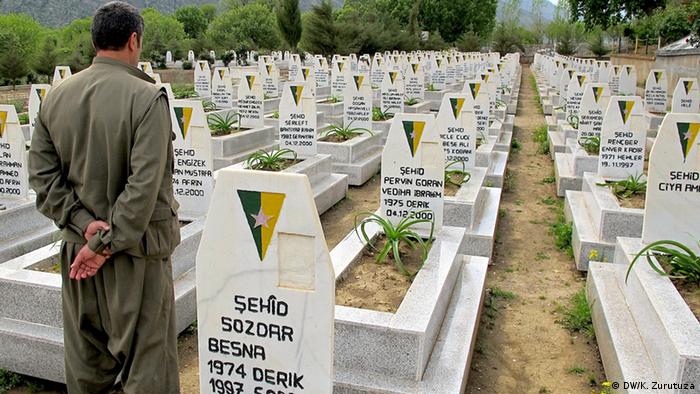 DW: How do you assess the peace process with Ankara so far?

Zeki Shengali: There has been dialogue but we have not yet turned it into negotiations. We took every single agreed step toward a peaceful settlement; we declared a ceasefire, we started pulling out our troops, our prisoners ceased their hunger strike and we released theirs … Turkey did not lift a finger for the peaceful settlement when it was in a strong position so, given its current weakness, it's unlikely it will. Ankara has been trying to gain time through words, and not tangible moves, so we believe the process is reaching a dead end.

But you have issued several deadlines to end the ceasefire which you haven't met. How long are you willing to wait?

The armed struggle is just one among many other ways to fight for our legitimate rights but not the only one so deadlines do not mean that we'll start the war straight away. Until now we have avoided clashes despite provocations by Turkish forces. Kurds are still being arrested arbitrarily, there's an increasing military movement, we have been hit by artillery several times and Ankara keeps building new dams for military purposes. Moreover, we should not forget that our leader, Abdullah Ocalan, has not been allowed to meet his lawyers since July 27, 2011. All these are preliminary signs of a new stage in the process.

Yet given the Turkish opposition's stance against any dialogue with the Kurds, Prime Minister Erdogan seems to be your only chance to end the conflict.

We have lost all hope in Erdogan as his main and only goal is to gain time and remain in power. Regarding the opposition, the CHP Republican People's party is a nationalist party and the MHP, the Nationalist Movement Party, is both nationalist and racist. None of them will ever accept the rights of the Kurds so we need to address the Kurdish and Turkish society as a whole.

Turkey is holding presidential elections in August this year and Erdogan might need a deal with the Kurds to win a majority. Would the Kurds be ready to support him in exchange for significant steps such as the liberation of PPK's co-founder and jailed leader, Abdulah Ocalan? 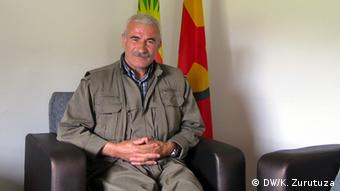 If the AKP came with tangible proposals it could happen, but the Kurds won't let him fool them again like in the recent local elections.

So if Turkish political parties are not to be trusted, who could possibly be an ally toward a settlement of the conflict?

We need to address the Turkish society as a whole as there's a growing distance between them and the country's political parties. Despite 30 years of armed conflict we can see that the majority of the society is not against the Kurds. The protests at Gezi park are clear proof that there can be common understanding between Turks and Kurds but that essence still needs to be organized. We are also to blame for this as we might have not made our message as clearly as needed.

Still, the Turkish public opinion wants a settlement to the conflict so the People's Democratic Party (HDP) - which has parallels with the pro-Kurdish Peace and Democracy Party (BDP) - has a unique chance to build bridges between the people. Society wants peace while the government sticks to war against the Kurds, and not only in Turkey. Ankara keeps backing groups linked to al Qaeda in Rojava (Syrian Kurdistan - the ed.) and imposing an embargo on them as a means to evacuate the whole Kurdish population in Syria, to empty the area.

Many experts claim that the alleged plan is being carried out in close collaboration with Erbil, the capital of the Kurdish Autonomous Region of Iraq. Do you agree?

The Kurdish Democratic Party (PDK) has often condemned the Treaty of Lausanne, which divided Kurdish territory between Iraq, Iran, Turkey and Syria but the sad reality is that they're now digging a trench across the border and imposing an embargo on the Syrian Kurds. Erbil closed the border just when Kurds in Syria started suffering from al Qaeda linked groups and that's just one among other clear signs of collaboration between Ankara and the PDK. There's a very close relation between Turkey's AKP and the PDK which we don't oppose, but which is also responsible for many of our grievances today. We expected them to help us but they're putting obstacles in our way and I'm sure no Kurd in the street is ready to accept this.

2014 marks 30 years since the beginning of the Kurdish armed struggle in Turkey but you have hardly achieved any of your goals.

From the beginning we knew that costs would be high and, from the distance, it may look as it if there had not been any material results. But when we look back we see that there have been significant achievements. Not that long ago our land was just a massive open air prison but that wasn't as bad as the mental prison. Today, people take to the streets to voice their rights and they're aware that self-defence is a universal right. This doesn't mean that we have achieved our rights because our enemies are cruel and also backed by foreign powers. The colonialism we have suffered does not resemble any other colonialist policy in the world.