Mustafa Akinci, who favors reunification with the south, failed to win enough votes to secure a fresh term in Sunday's first round, the election council said. He'll face off against a conservative backed by Ankara. 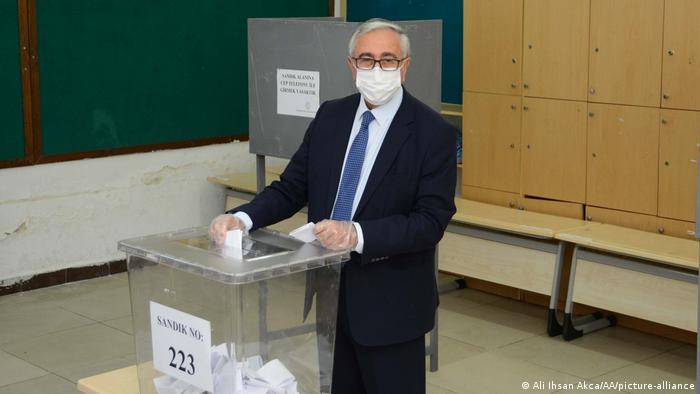 The incumbent leader of Turkish-held northern Cyprus, Mustafa Akinci, faces a runoff against the Ankara-backed prime minister after failing to secure enough first-round votes in the unrecognized territory's presidential election on Sunday.

Akinci, who supports the eventual reunification of Cyprus as an EU member, squared off against conservative Ersin Tatar, who is backed by Turkish President Recep Tayyip Erdogan.

The pair will now face off again on October 18.

Akinci, a Social Democrat, who favors loosening ties with Turkey won the presidency in 2015 in a runoff with more than 60% of votes

In the lead-up to Sunday's election, however, the 72-year old complained of political meddling from Ankara. He also said he'd received threats against him and his family, urging him to withdraw his candidacy.

"This election is crucial for our destiny," Akinci said as he cast his ballot. 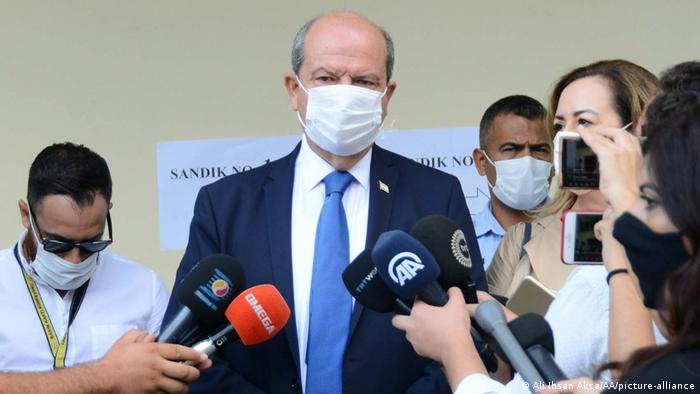 Tatar, meanwhile, told his supporters that Turkish Cypriots "deserve to live on the basis of equal sovereignty." Currently, the north is recognized only by Ankara.

Sunday's poll saw a record low turnout of just under 55% — around 7% lower than the last election five years ago.

Voters wore masks and gloves amid an ongoing outbreak of the coronavirus on both sides of the divided island.

The vote took place three days after Turkish troops sparked controversy by allowing public access to a fenced-off seaside ghost town that was abandoned when Turkey invaded Cyprus in 1974.

That Varosha beach reopening sparked demonstrations in the majority Greek-speaking Republic of Cyprus, which rules the island's southern two thirds, separated from the north by a UN-patrolled buffer zone.

Turkish troops moved in 46 years ago after a coup by supporters of a union with Greece. The island has been split ever since between an internationally-recognized Greek Cypriot government in the south and a breakaway north.

Decades of talks have failed to deliver a peace deal. The latest United Nations-mediated peace negotiations ended in 2017, notably on the question of the withdrawal of tens of thousands of Turkish soldiers stationed in the north.

As well as fresh pressure to resolve decades of division on the island, the next leader of Northern Cyprus will oversee a growing dispute with Greece, Turkey and the Greek-Cypriot government over energy exploration rights in the eastern Mediterranean.

In Northern Cyprus, a booming industry in higher education has lured many African students with the chance to work in Europe. Unfortunately, many of these students end up saddled with debt and left vulnerable to loan sharks and human traffickers. Listen to this week’s show to find out more.