Turkey's family minister was being escorted from Holland to the German border after being refused entry to the consulate in Rotterdam. The incident has heightened the diplomatic spat between Holland and Turkey. 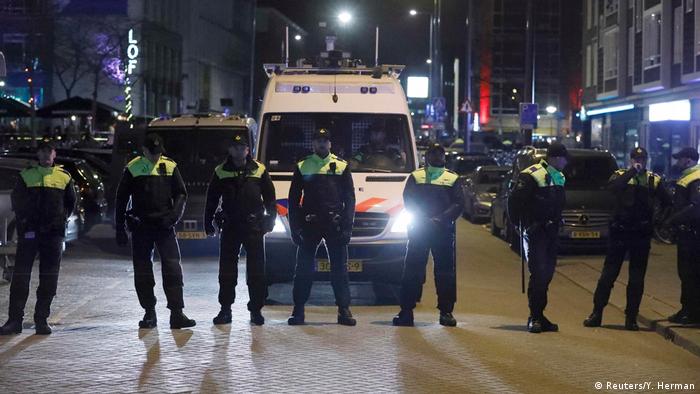 Dutch broadcaster NOS showed footage of Turkey's Family Minister Fatma Betul Sayan Kaya being stopped by Dutch police as she tried to enter Turkey's Rotterdam consulate. She was not arrested.

On Twitter, she wrote she was stopped 30 meters away - as police erected barriers to keep away pro-Turkish protestors, according to Reuters.

She accused the Netherlands of violating "all international laws" by denying her access.

Broadcaster RTL said Kaya had been declared an "undesirable alien" and would be escorted to the German border. In the early hours of Sunday, Mayor of Rotterdam Ahmed Aboutaleb said the Turkish minister was being returned to Germany after the diplomatic standoff.

The mayor issued an emergency order late Saturday in an attempt to contain a pro-Turkish demonstration. The mayor said he needed special powers to assure security throughout the center of the city fearing that more people would join the demonstration and there was "serious concern" that riots might ensue.

Police used water cannon to break up a demonstration by about a thousand protesters outside the consulate at midnight on Saturday.

Dutch Prime Minister Mark Rutte, who goes to the polls next Wednesday, described threats by Cavusolgu as "way out of line." 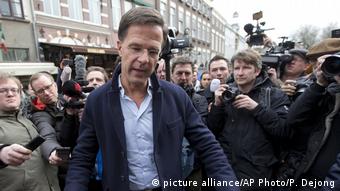 Rutte campaigning in Breda on Saturday

Cavusoglu's flight to Rotterdam was denied Dutch landing permission earlier in the day.

Cavusoglu arrived in Metz, France, late Saturday. He was expected to address a rally on Sunday.  Earlier he said that "unfortunately Europe and several countries in Europe, the Netherlands being in the first place, they are reminiscent of the Europe of World War II. The same racism, Islamophobia, xenophobia, anti-Semitism, we see all the crimes against humanity in today's politics."

Turkey's Foreign Ministry said late Saturday it did not want the Dutch ambassador to Turkey to return "for some time." 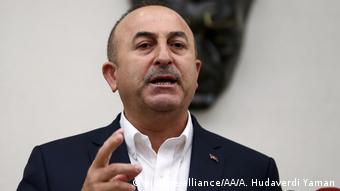 Cavusoglu during his Saturday stopover in Istanbul

"It has been explained to our counterparts that this grave decision taken against Turkey and the Dutch-Turkish community will cause serious problems diplomatically, politically, economically and in other areas," said the Turkish ministry.

Ministry sources said access to the Dutch embassy and consulate in Ankara had been sealed off.

Germany is home to 1.4 million people eligible to vote in Turkey's referendum on April 16. Four rallies in Austria and one in Switzerland have been cancelled due to the growing dispute.

The Netherlands is home to some 400,000 people of Turkish origin.

British Prime Minister Liz Truss is one of several non-EU leaders in Prague to launch a "European Political Community," as the bloc seeks to enhance relations with non-member states.

Turkish Foreign Minister Mevlut Cavusoglu and his Armenian counterpart Ararat Mirzoyan met for the first official sit-down talks since 2009. Ankara and Yerevan have troubled history and no diplomatic relations.