The trial of 224 suspects, which include many former military generals, started almost a year after the July 2016 botched coup against President Erdogan. Ankara has incarcerated thousands of dissidents since then. 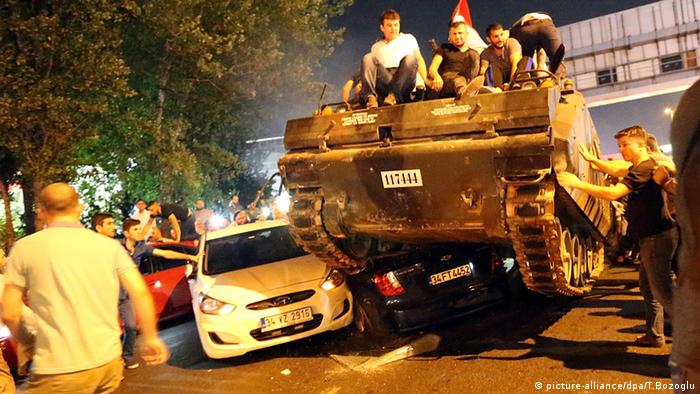 A Turkish court on Thursday handed down verdicts to more than 220 suspects in one of the biggest trials relating to the 2016 failed coup attempt to oust President Recep Tayyip Erdogan.

The accused were charged with "violating the constitution," using "coercion and violence in an attempt to overthrow parliament and the Turkish government," "martyring 250 citizens" and "attempting to kill 2,735 citizens."

Last month, the prosecutor sought life sentences against 40 suspects, who could each face 55,880 years in jail.

The trial was held in the country's largest courtroom inside a prison complex in Sincan, Ankara. The courtroom, which has the capacity for 1,558 people, was specially built to hear coup-related trials.

Of the suspects, 176 are already in jail, 35 have been freed pending trial, and 13, including US-based preacher Fethullah Gulen, have been declared fugitives.

Erdogan's government accuses Gulen of orchestrating the putsch and demands his extradition. It refers to Gulen's network as the "Fethullah Terrorist Organization" (FETO), and has labelled it a terror organization.

Gulen insists he has nothing to do with the coup.

According to the Turkish government, at least 248 people, excluding 24 coup-plotters, were killed on 15 July, 2016, when a section of the military tried to overthrow Erdogan.

Soon after the coup attempt, Erdogan's regime launched a crackdown on opponents and critics, detaining thousands of journalists, rights activists, lawyers, teachers and writers for their alleged involvement in anti-state activities.

According to Justice Ministry figures, 261 cases have so far been completed with 3,239 people convicted.
A state of emergency was only lifted on the coup's second anniversary in July 2018.

The crackdown alarmed Turkey's Western allies that saw the move as a political action by Erdogan to consolidate his power.