Prosecutors in Turkey have requested an Interpol Red Notice for Enes Kanter, a basketball player for the New York Knicks, on the grounds of being involved in a terrorist organization. Kanter denies the charges. 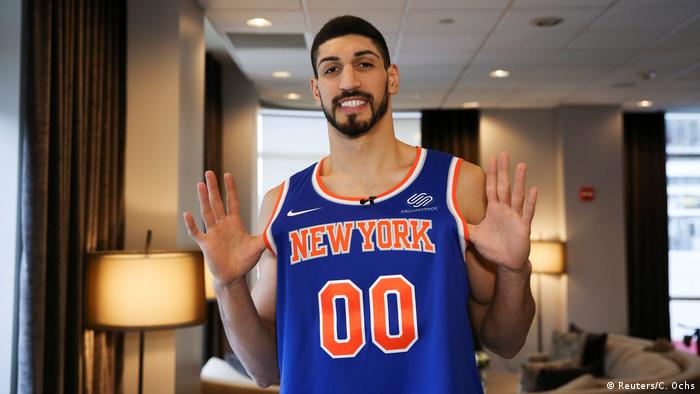 Fearing retribution and possible assassination for speaking out against Turkish President Recep Tayyip Erdogan, New York Knicks basketball team center Enes Kanter did not travel with the team for a game in London on Thursday.

On Wednesday, Turkish daily newspaper Sabah reported that Turkish prosecutors were seeking an arrest warrant and an extradition request for Kanter, on allegations of providing financial support to Fethullah Gulen. He also called Erdogan "the Hitler of our century" in 2017.

Erdogan's regime says the exiled Muslim cleric Gulen was responsible for a failed coup in 2016. It launched a far-reaching crackdown at home and abroad in the coup attempt's aftermath.

While his teammates were in London, Kanter was in Washington, meeting with members of Congress including Senator Marco Rubio (R-FL) and Representative Adam Schiff (D-CA) to call greater attention to the situation.

He also authored an editorial in the Washington Post titled, "Anyone who speaks out against Erdogan is a target. That includes me."

Kanter tweeted Wednesday: "I don't even have a parking ticket in the US" and "The only thing I terrorize is the rim," with a clip of him dunking.

"I have a very strong voice because I play basketball in the NBA. And whenever I say something it becomes a conversation, it goes viral. So why not use it in a good cause, use it to help people?" said Kanter in an interview last week with Now This News.

Last June, according to Turkish official news agency Andalou, Kanter's father was indicted by Turkish authorities for "membership in a terror group."

Urges Trump to speak out

Kanter called on US President Donald Trump to be more vocal about human rights in Turkey.

"I feel like Trump definitely should talk about these issues with what's going on in Turkey because there are lots of reports of people getting kidnapped, getting tortured in jail, getting killed," Kanter told Reuters in New York City on Wednesday.

Kanter describes himself as a close ally of US-based Islamic preacher Fethullah Gulen, who is wanted in Turkey on suspicion of orchestrating a failed coup in 2016. Gulen, a former ally of Erdogan's, denies the accusation. 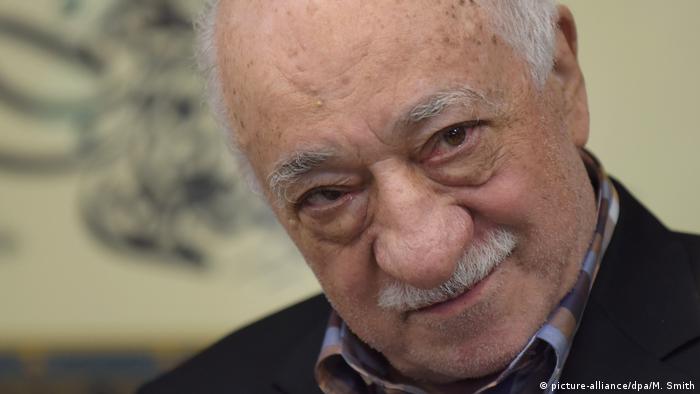 Fethullah Gulen is wanted in Turkey

Authorities in Turkey have jailed some 77,000 people pending trial since the coup attempt, while 150,000 state employees including teachers, judges and soldiers have been suspended or dismissed in a crackdown on alleged supporters of Gulen.

'Imam Beckenbauer' and his love of sport

Erdogan has a habit of aligning himself or posing with Turkish sports stars abroad when possible. One of the most notable examples of this came before the World Cup last year when two German stars of Turkish descent — Mesut Özil and Ilkay Gündogan — posed for pictures with Erdogan in London.

The resulting uproar over the photos, and its subsequent handling by German football authorities, caused Mesut Özil to quit the German team.

Erdogan, who played football in his youth, claims that his former teammates nicknamed him "Imam Beckenbauer." He's been instrumental in major investment in football stadiums and other sports infrastructure in Turkey

US-based Turkish basketball star Enes Kanter has been refused entry into Romania after his passport was canceled. The 25-year-old blamed his anti-Erdogan political views for the repeal of his Turkish travel document. (21.05.2017)