The attack took place near Iraq's borders with Turkey and Iran. The Iraqi military described the air strike as an act of "flagrant aggression" by Turkey. 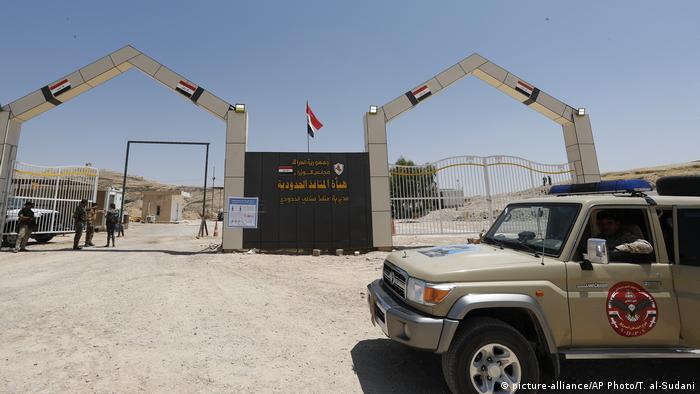 A Turkish drone strike killed two officers of Iraqi border guard near the Turkish and Iranian borders, Iraq's army said in a statement on Tuesday.

The attack took place in the Sidakan region near the Turkish and Iranian borders in northeast Iraq, the military officials said. The area is part of Iraq's autonomous region of Kurdistan, where Turkey has been raiding military positions for weeks.

According to the Iraqi military, the drone targeted a military vehicle carrying the officers, both border guard battalion commanders, north of Ebril, the capital of Kurdistan. The driver of the vehicle was also killed.

The drone strike occurred as the officers "were in meetings with PKK (Kurdish Workers' Party) fighters," an official told the French news agency AFP.

The PKK has been deemed a terrorist group by Turkey, the European Union and the United States.

Iraq's military called the attack "flagrant aggression" without providing details. Turkey has yet to comment on the attack.

It is the first time Iraqi soldiers have been killed since Turkey began its offensive in June against Kurdish rebels in Iraq's mountainous northern region.

At least five civilians have been killed since the start of the Turkish campaign. Ankara has confirmed the death of two of its soldiers, while the PKK and its allies have reported the deaths of 10 fighters.

Iraq has already summoned the Turkish envoy in Bagdad twice over Ankara's operations on its soil.

Conflicts in Iraq, Syria and Turkey have unleashed a tangle of political and military organizations among the Kurds. DW explains who's who in a struggle that is shaping the Middle East.

After decades of war in Kurdistan, local biologists try to save the Persian leopard

The fate of the Persian leopard is closely intertwined with that of Kurdistan, says Kurdish biologist, Hana Raza. She is fighting to protect the rare animal after four decades of war in the region.

Turkey's shift towards authoritarianism has been over 10 years in the making. However, in the aftermath of the failed 2016 military coup, President Erdogan and the AKP have accelerated their consolidation of power.