Over 10 years ago, Turkish economist Tansu Ciller became her country's first female prime minister. As Germany gets its first female chancellor, DW-WORLD spoke to Ciller about her experiences. 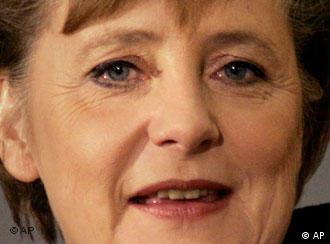 Merkel is set to become Germany's leader on Tuesday

Tansu Ciller was Turkey's first female prime minister, from 1993-1996. Her election was seen as a signal to Islamic fundamentalists and to the Western world, as Ciller was considered a symbol of modern Turkey.

DW-WORLD: What effect did your election as prime minister have on Turkey?

Tansu Ciller: I was a pioneer, but I had a lot of support -- both from men and from women. More than 80 percent voted for me. It was important to show that ability counts -- independent from gender. Turkey presented itself as a modern country.

What problems were you confronted with?

As a woman in such a position, you face advantages as well as disadvantages. But over time, you can show that professional qualifications are important. And when that happens, at some point gender doesn't play a role anymore. Leadership then takes the forefront.

Where do you see parallels to Merkel's situation?

Mrs. Merkel is also in the role of a pioneer. Like me, she, too, must try to unite and lead a coalition. I also had to lead a coalition with Social Democrats and bring together different positions.

What advice do you have for Merkel?

I would advise her to be thankful to the people for the election and to serve them -- men and women -- since, in the election, Germany gave her its trust.

Much has been said about Merkel's appearance. Her hairstyle and clothes were repeatedly the focus of attention. Did that happen to you, too?

You wanted Turkey to become an EU member as soon as possible. Merkel prefers a "privileged partnership." How do you feel about that? 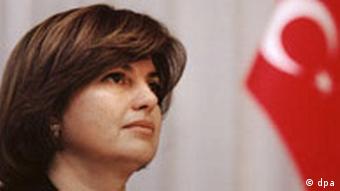 It's one thing, what you think as the opposition leader. It's another thing, what you need to do as a leader with a vision. I think that the new chancellor will have to look at the world and at her own country with a vision for the future. And when and if she does that, she will think otherwise.

How is Merkel perceived in Turkey?

We are happy that Germany is going through a stage that Turkey already has gone through. And we wish Mrs. Merkel all the success, because we feel that the people of Germany are our close allies and friends. And historically we've always been very close to each other. Therefore we are hoping for leadership with a vision.

I congratulate her and wish her the best. I do hope that as a leader with a vision she will see the future and think of the advantages for her country -- which I feel will benefit extremely from the EU membership of Turkey.

With Angela Merkel about to be sworn in, the Web site for the German chancellor is out of date, as the address only implies a male "kanzler." But thanks to a forward-thinking young man, she's got nothing to worry about. (Nov. 21, 2005)

Angela Merkel is expected to become German chancellor after a parliamentary vote on Tuesday. She will lead an unwieldy coalition of the left and right whose main task will be getting the German economy moving again. (Nov. 21, 2005)

Incoming German Chancellor Angela Merkel on Friday said she had accepted an invitation to visit Turkey in the first half of next year, and expressed hope the two countries would enjoy strong ties. (Nov. 18, 2005)