Angie′s New Web Site to Get Feminine Makeover | News and current affairs from Germany and around the world | DW | 21.11.2005

With Angela Merkel about to be sworn in, the Web site for the German chancellor is out of date, as the address only implies a male "kanzler." But thanks to a forward-thinking young man, she's got nothing to worry about. 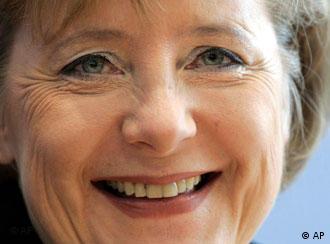 Lars Heitmüller says he's no feminist -- he's just interested in promoting equality of the sexes. Still, you've got to hand it to him. As a 22-year-old student back in 1998, Heitmüller was already thinking of the day when a woman would occupy Germany's top office. It seemed that, seven years ago, the possibility hadn't yet occurred to staffers in charge of the government's Internet presence. 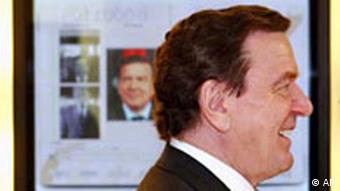 What will happen to www.bundeskanzler.de when Schröder is gone?

Heitmüller discovered that the Web domains for the feminine versions of the German words for "chancellor" and "federal president" were there for the taking, and promptly snapped them up. Today, if you go to www.bundeskanzlerin.de or www.bundespraesidentin.de -- the "in" at the end of the words denoting the female -- you get a notice from Heitmüller informing you that the sites are being kept "in trust" for the first women to occupy these offices.

Now that Angela Merkel is about to be confirmed as Germany's first female chancellor, Heitmüller intends to relinquish www.bundeskanzlerin.de -- for free, of course.

"I'm not trying to make money with this," Heitmüller, now 29 years of age and a public relations consultant in Berlin, told Der Spiegel.

Nor is he trying to score any political points with his Web addresses, though Merkel is likely to be a grateful recipient. After all, she first expressed interest in acquiring the domain ahead of Germany's last general election in 2002, despite the fact that it was not she, but rather Bavarian premier Edmund Stoiber who was nominated to run for the conservatives that time.

Heitmüller maintains that purchasing the domains was simply part of his personal engagement to promote more gender equality in Germany.

"This is also something for men to be concerned with," he told Der Spiegel. "I would like to see women be active in all areas of society."

Doll icon Barbie has had just about every profession -- astronaut, superhero, high-powered lawyer -- but she's never been German chancellor. Girls who want that role model will have to get the new Angela Merkel doll. (Oct. 11, 2005)

Merkel and the Female Question

With less than three weeks to go to the elections, Germany is wondering what it will mean to have its first woman chancellor. Angela Merkel, however, is not promising a feminist or even a particularly feminine future. (Sept. 1, 2005)