Turkey's election system the 'most unfair' in the world

Turkey is set to hold parliamentary elections on June 7. But, under the country's unique voting system, any outcome is set to be biased. Sertan Sanderson reports. 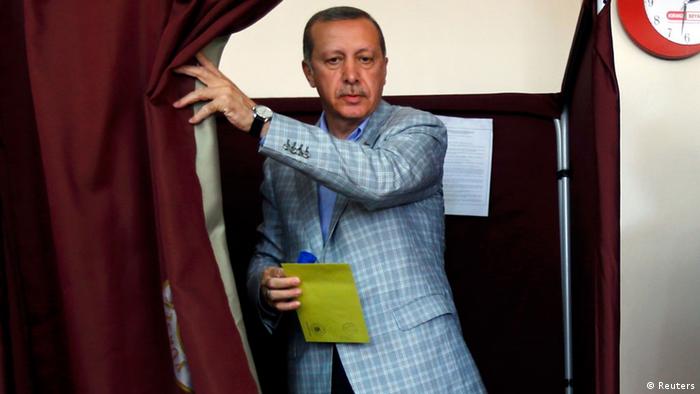 With days to go until general elections, the fairness of Turkey's voting system has come under international scrutiny. When compared with other democracies, the Turkish voting system appears to be designed to leave underdogs in the lurch.

The British daily newspaper The Guardian reported that Turkey had "the world's most unfair election system." This was based on the fact that a 10 percent threshold kept smaller political movements from entering parliament - forfeiting dozens of seats to their rivals under the country's d'Hondt voting system, which allocates parliamentary seats proportionally according to vote totals.

The Guardian's primary criticism is that Turkey only allocates seats to parties that win at least 10 percent of the vote.

Threshold not unique to Turkey

Though such a barrier is not exclusive to Turkey, 10 percent is the highest threshold of its kind. German politics employ a 5 percent threshold, and many other countries - the United Kingdom, France and Portugal among them - don't feature any such hurdle.

The Turkish voting system is also regarded as unjust for facilitating minority governments. Under certain circumstances, President Recep Tayyip Erdogan's Justice and Development Party (AKP) could manage to gain a majority of parliamentary seats with merely 45 percent of the popular vote, in which case the wishes of 55 percent of the electorate could effectively be ignored.

These guidelines could create an unpredictable outcome at Sunday's polls. While AKP has managed to grow support in its 13-year-reign, taking full advantage of the 10 percent threshold, the latest polls suggest that its luck may change. The Konda Research and Consultancy institute in Istanbul gave the party of President Erdogan and Prime Minister Ahmet Davutoglu only about 41 percent of the vote.

The rise of HDP supporters 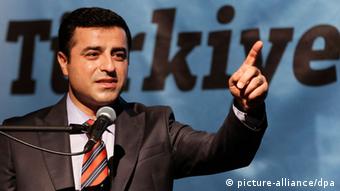 The reason for this shift could be the rise of the Peoples' Democratic Party (HDP). With the latest projections showing the new movement dangerously close to reaching 10 percent, Erdogan took to the streets in person to attract more AKP votes - despite a ban prohibiting the president from campaigning for parliamentary elections.

If the HDP were to win 10 percent, the AKP would lose 70 seats in Turkey's Grand National Assembly, and with them its majority status. Sinan Ulgen, head of the Centre for Economic and Foreign Policy Studies in Istanbul, said that this election was going to be fraught with surprises:

"The outcome of the June 7 elections will be a lot more difficult to predict than the last two campaigns," Ulgen told DW. "The truth of the matter is that HDP has come very close to overcoming such a great political hurdle as the 10 percent rule. In fact, it will likely overcome it."

The HDP has historically attracted between 5 and 6 percent of the vote. The party's momentum could therefore be a direct threat to the unchallenged rule the AKP has enjoyed for 13 years. But a coalition between the two parties has largely been ruled out. 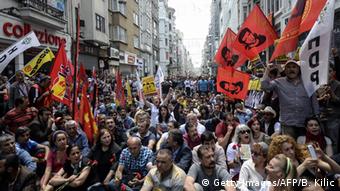 Other contenders, such as the Republican People's Party (CHP) and the Nationalist Movement Party (MHP), should be growing equally worried. Anti-AKP voters are seen as strategically aligning their vote with the HDP (in lieu of other opposition parties), hoping to keep the anti-establishment spirit of the 2013 Gezi Park protests in Istanbul alive at the ballot boxes. The HDP was the biggest party supporter of the protests.

Even if the three opposition parties were to gain more seats combined than the AKP, a coalition looks highly unlikely because of their fundamental differences.

As president, Erdogan would also have the liberty to give the AKP a mandate to build a minority government - another odd feature of Turkey's distinct approach to democracy. Despite having more combined votes and seats than the AKP, a hypothetical coalition of all opposition parties would therefore still remain just that: the opposition.

In a show of pro-democracy attitude, the AKP has eased procedures involved in casting votes abroad, inviting almost 3 million Turks living in foreign states - including more than 1 million in Germany - to partake in elections. In the end it was reported that the initiative attracted 37 percent of those living abroad, or slightly over 1 million votes in total.

Turkish elections tend to attract some of the world's highest turnouts, averaging about 85 percent voter participation - partly because of to the fact that voting was made compulsory as part of electoral reforms in 1983. The 10 percent threshold was also introduced then.

Ironically, all this was done in order to keep pro-Kurdish factions out of parliament, feeding the pro-Kurdish HDP's ambition to break this barrier even more. But, at the same time, it is exactly a high turnout that opposition parties should dread most, as high attendance is statistically linked in Turkey to re-electing incumbent governments.

Erdogan wants to give the presidency, hitherto only a ceremonial head-of-state role, far-reaching powers under proposed changes to the constitution - a move that many experts have interpreted as a further step away from democracy.

The upcoming 25th general elections will be closely monitored as they could decide the ultimate fate of Turkey's democracy. With a voting system in place that has already been attacked for its imbalances and injustices, it might be hard to imagine that things could get worse.