Ayse Celik became a household name in Turkey after calling into a popular television talk show — and facing the legal consequences of her on-air appeal. It's a fate that has affected hundreds of Turkish mothers. 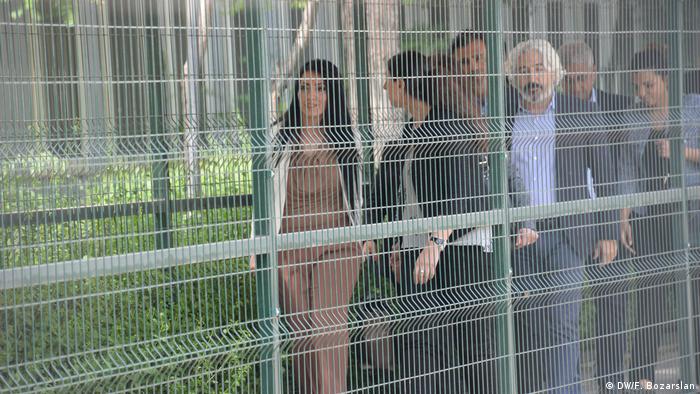 For a long time, Turkey's family friendly Beyaz Show was one of the country's most popular television programs. Each Friday, a whole host of chat show guests would gather, talk and laugh at the host's jokes.

But on one particular evening in January 2016, something unexpected happened. As that night's guests were chatting and laughing away, a telephone caller was put on air. Ayse Celik, a young teacher from the predominately Kurdish city of Diyarbakir in southeastern Turkey, was on the line, and she quickly put a damper on the group's lighthearted mood.

She asked them: "Are you even aware of what is going on in eastern Turkey?" She then continued to say: "We can no longer be silent about this. People must stop dying, children must stop dying, and mothers must be spared from crying."

Celik had called in to raise awareness of the fighting in the eastern part of the country between the Turkish army and the Kurdistan Worker's Party (PKK), a leftist militant and political organization that Turkey considers a terrorist organization.

Armed conflict between both sides broke out in the summer of 2015 and raged for months. The PKK occupied Turkish cities, declaring them autonomous zones. Turkish forces, in turn, reacted by launching a major offensive. In Celik's opinion, the conflict was not receiving sufficient public attention.

Celik's phone call — and its consequences — soon made her a household name in Turkey, for while her public statement on Turkish television garnered applause from the studio audience, the Turkish judiciary classified it "terrorist propaganda" and meted out a draconian punishment. Celik was sentenced to 15 months behind bars in a Diyarbakir jail, a penitentiary which many locals call "Diyarbakir hell." 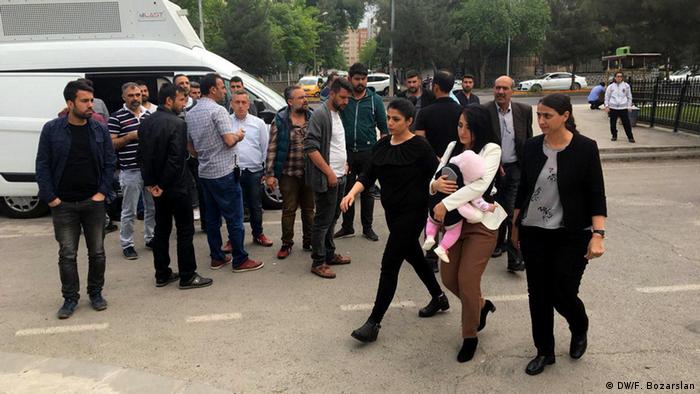 But the sentence did not affect just her alone; Celik had to take her baby to jail with her. The television images of the young teacher slowly approaching the Diyarbakir jail while cradling her 8-month-old baby in her arm were seared into the memories of many Turks.

Celik is adamant that she did nothing illegal, and that all she did was express her utmost sympathy for children who are particularly vulnerable in conflict zones. She told DW via her lawyer, Mahsuni Karaman, that she still stands by this claim.

Karaman also reported that Celik must put up with inhumane jail conditions. He says that 51 adult inmates and eight children are crammed into a cell designed for just 12 prisoners. This means inmates are forced to share beds, while children suffer illnesses from living in such dire conditions, the lawyer added.

Hundreds of mothers and children in Turkish jails

Celik's case doesn't just illustrate the danger of articulating an unpopular opinion in present-day Turkey. It also shines light on how hundreds of Turkish mothers are sitting in jail along with with their infants and children. According to Turkey's Human Rights Association (IHD), last year 668 infants and toddlers below the age of three were jailed with their mothers, as were 2,491 children between the ages of 12 and 17.

Celik's case is also similar to that of Mesale Tolu, the German journalist of Kurdish decent, who in 2017 spent more than five months in a Turkish prison with her then 2-year-old son for allegedly engaging in terrorist propaganda.

Initially, Celik successfully appealed her incarceration on the grounds that her baby was subject to harmful prison conditions. Mother and child were temporarily freed. But a final verdict was handed down last week, and she is back behind bars. This time, however, she put her child in the care of its grandmother. As she told DW, she misses her child a lot. 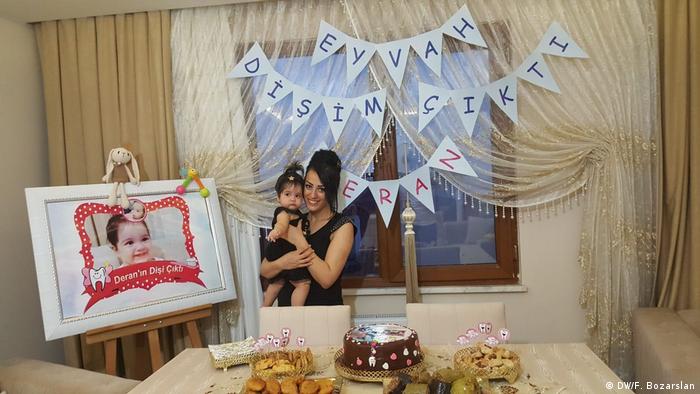 Celik holds her daughter, Deran. After spending 14 days in prison in 2018, she is once again behind bars, thought this time without her child.

The HDP garnered good election results in Turkey's southeast. But the enthusiasm of the party's supporters is limited: They worry the ruling AKP could impose a government administrator on their communities once again. (04.04.2019)

The German Interior Ministry said earnings from the two publishing houses went solely to the Kurdish Workers' Party. The group is considered a terrorist organization by Turkey and the EU and is banned in Germany. (12.02.2019)