The ambassadors, including Germany's, had urged a "just and speedy" resolution to Osman Kavala's case. He has been in jail for four years on charges linked to 2013 anti-government protests. 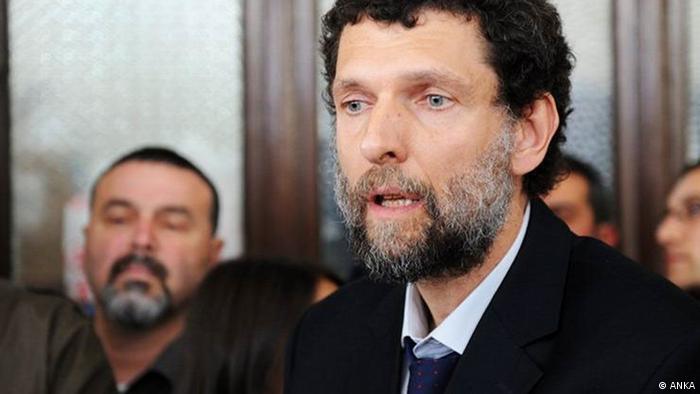 Countries including Germany, Denmark and New Zealand called for Kavala's release on Monday

Turkey has summoned the ambassadors of 10 countries, including Germany and the United States, after they called for the release of civil society leader Osman Kavala.

The Parisian-born philanthropist has been in jail without conviction since 2017, in a case that has worsened tensions with the West.

He is facing an array of charges linked to 2013 anti-government protests as well as a failed military putsch in 2016. The 64-year-old denies the accusations.

What did the ambassadors demand?

In a statement released on Monday, Canada, Denmark, Finland, France, Germany, the Netherlands, New Zealand, Norway, Sweden and the US called for a "just and speedy resolution to his case."

"The continuing delays in his trial... cast a shadow over respect for democracy, the rule of law and transparency in the Turkish judiciary system," they said.

The embassies also called on Turkey to follow the rulings of the Council of Europe, a human rights body it joined in 1950.

The Council of Europe has warned that it would launch disciplinary proceedings against Turkey "in the event that [Kavala] is not released before" the rights body's next meeting on November 30. Kavala's next court hearing is expected on November 26.

Turkish Interior Minister Suleyman Soylu responded to the statements on Twitter, saying "It is not acceptable for ambassadors to make a recommendation or suggestion to the judiciary for an ongoing case."

"Your recommendation and suggestion casts a shadow over your understanding of law and democracy," he said.

Kavala, a businessman, has been in jail in Turkey for four years without being convicted, despite the European Court of Human Rights calling for his release.

Kavala is known for his support of the arts and his funding of projects promoting cultural diversity and minority rights. Turkish President Recep Tayyip Erdogan has accused him of being the "Turkish leg'' of billionaire US philanthropist George Soros, who Erdogan alleges has been behind insurrections in many countries.