The defendants include jailed philanthropist Osman Kavala, who is also accused of espionage. Several acquittals were overturned in court, making way for a retrial in the 2013 nationwide protests. 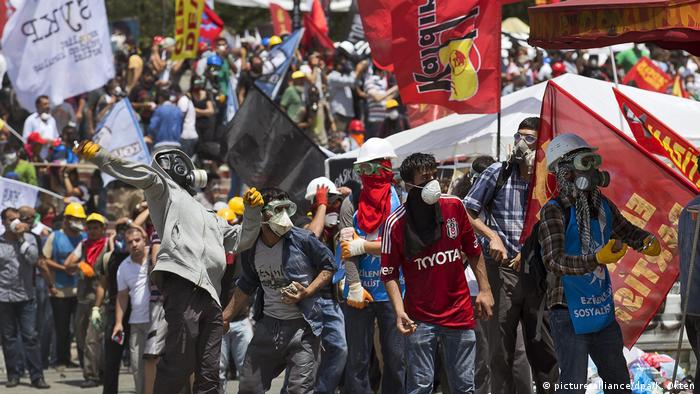 An Istanbul court was set to reopen a controversial trial Friday on the Gezi Park protests in Turkey.

It comes nearly eight years after the protests took place. Sixteen defendants will be questioned on charges including attempting to overthrow the government. Some of the defendants set to stand trial had already been acquitted of charges.

Who are the defendants?

The defendants include Osman Kavala, a philanthropist who has been imprisoned for more than three and a half years without being convicted.

The cases had originally been severed and Kavala and the rest of the defendants were acquitted, but their acquittals were later overturned by an appeals court.

Kavala, 63, was accused of involvement in the failed coup against President Recep Tayyip Erdogan in 2016, along with espionage and his participation in the Gezi protests. His trial regarding the 2016 coup will be integrated into the Friday protest trials.

Kavala is the founder of the nongovernmental organization Anadolu Kultur, which facilitates dialogue between Turkey and its neighbors through cultural and artistic works. He has been in pre-trial detention since November 2017. Seven of the defendants live abroad, including journalist Can Dundar, who lives in Germany. The eight other defendants still in Turkey are subject to an exit ban.

Human rights organizations see the legal action against Kavala as an attempt to silence a defender of freedom of expression in Turkey. The European Court of Human Rights called for his immediate release in 2019, citing a lack of evidence.

"Each phase of this case is riddled with injustices, inconsistencies and illogical and unlawful procedures," said a campaign group called Free Osman Kavala.

Re-opening the Gezi case has become "a source of embarrassment not only for the government and the judiciary but also for the country as a whole," it said.

What were the Gezi protests?

The largely peaceful Gezi protests started off as opposition to development of Gezi Park in central Istanbul, in the summer of 2013.

They turned into nationwide demonstrations against the authoritarian policies of then-prime minister and current President Recep Tayyip Erdogan. The protests resulted in a brutal government suppression.