Hundreds of students criticized the appointment of the new rector due to his close ties with President Recep Tayyip Erdogan's ruling party. 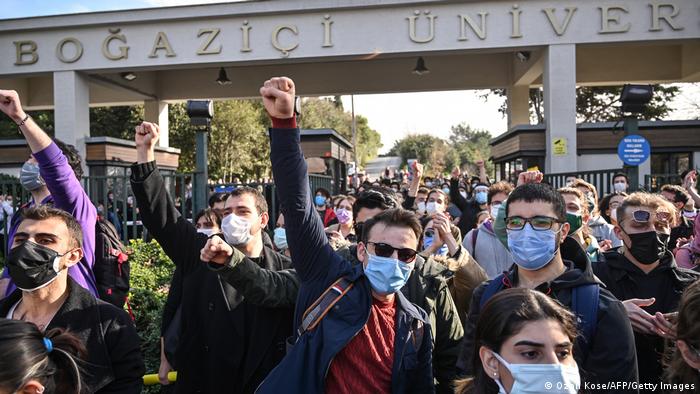 Hundreds of students held a rally on Monday, criticizing the choice of rector as undemocratic.

Some clashes with police were reported by local media, as protesters tried to break through a barricade placed at the university entrance. Security forces used tear gas and plastic bullets on the crowd.

The new director Melih Bulu ran for Erdogan's ruling conservative Islamic Justice and Development Party (AKP) in the 2015 parliamentary elections. As president, Erdogan has the right to appoint university rectors. 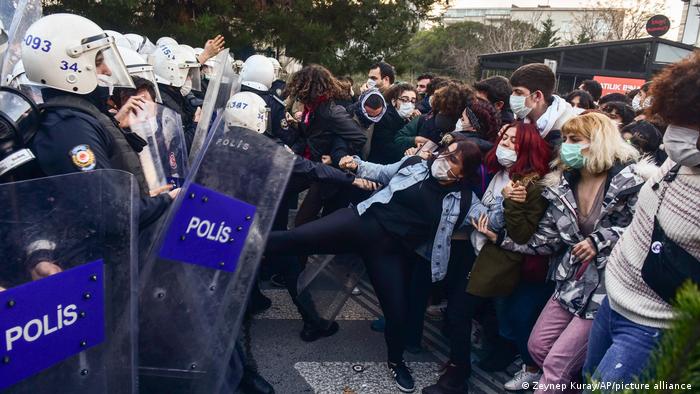 Clashes broke out between some protesters and police

Students are demanding the right for the university to elect its own rector, criticizing Bulu's proximity to the ruling party. They've also viewed the move as a way for Erdogan to curb academic freedoms.

Chants of "AKP, take your hands off our university" were heard among demonstrators. Some academics also joined in the protests.

A spokesperson for the AKP, Omer Celik justified the appointment by saying: "It is not a crime for a person to have a political view."

The newly appointed rector Bulu had issued a statement that he wanted to make Bogazici a world class university.

More protests have been planned for Wednesday.

Has Turkey lost control of the coronavirus pandemic?

For a long time, the Turkish government sugarcoated COVID-19 figures, excluding asymptomatic infections from official tallies. But the situation is dramatic. New curfews are meant to help reduce the number of cases.