Turkey's foreign minister has warned of the consequences should the EU fail to deliver on visa-free travel. EU officials are wary of easing travel restrictions after the crackdown in the wake of the recent failed coup. 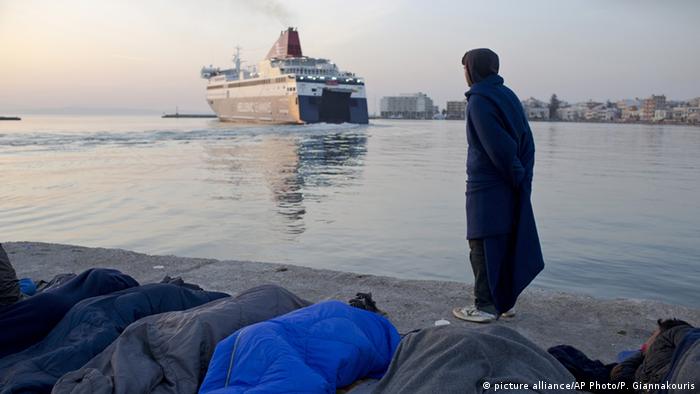 Turkish Foreign Minister Mevlut Cavusoglu warned that Ankara would back out of an agreement to stem the flow of irregular migrants to the EU if Brussels failed to deliver visa-free travel for its citizens by October.

Turkey is taking on the Gulen movement any way it can. President Recep Tayyip Erdogan expects European countries to help him take action against his political enemies.

"But all that is dependent on the cancellation of the visa requirement for our citizens which is also an item in the agreement of March 18," Cavusoglu said in comments published in the Monday edition of the German daily "Frankfurter Allgemeine Zeitung."

"If visa liberalization does not follow, we will be forced to back away from the deal on taking back [refugees] and the agreement of March 18," he noted.

Cavusoglu added that while the government had not set a specific date for visa liberalization, "it could be the beginning or middle of October."

In March, the EU and Turkey forged an agreement that would speed up accession talks for the country to join the bloc in exchange for Turkey stemming a wave of migration to Greece. Part of the deal included Brussels speeding up visa liberalization for Turkey.

However, the agreement, which has been met with criticism from human rights organizations, also stipulated an exchange of Syrian refugees in Greece for those in Turkish camps.

"For every Syrian readmitted by Turkey from the Greek islands, another Syrian will be resettled from Turkey to the EU member states," the proposal said.

It added that the EU will "evacuate completely refugees from the Greek islands and readmit only those who crossed into the islands after a date to be determined," it added.

Earlier this month, EU Commissioner Günther Oettinger said he did not see the EU granting Turkish citizens visa-free travel this year following a nationwide crackdown in the wake of a failed coup earlier this month.

The Greek government's plan to legalize thousands of undocumented Bangladeshi migrants living in the EU state has been slammed by critics, who say it does not provide a secure future for the migrants.