Turkish authorities have issued arrest warrants for 149 people, including current and former soldiers and police, wanted over the 2016 failed coup. Raids have reportedly taken place in 16 provinces. 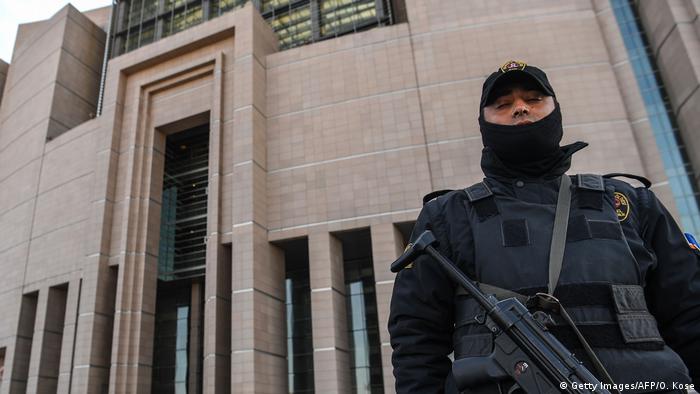 Turkey's state news agency Anadolu on Monday said 149 individuals, mainly with current or former involvement in security forces, were being sought under warrant.

In the western province of Balikesir, 74 people - including six former police chiefs - were being sought by regional prosecutors, Anadolu said.

And, in south eastern Gaziantep province prosecutors had ordered the detention of 33 individuals, including 24 security forces personnel on active duty, it added.

Since the coup bid in July 2016, when 250 people were killed, President Recep Tayyip Erdogan has blamed his former ally for the bid made by a military faction.

Pending trial, some 80,000 people currently face trial, many still being held despite a law change allowing releases because of coronavirus concerns in jails.

Last Friday, three opposition parliamentarians, stripped of their seats, were arrest — two in the Diyarbakir area and one in Istanbul.

In a parallel development Monday two journalists were questioned by what Anadolu called "anti-terrorism" police.

Read more: Turkey's Pelican group: A state within a state

They were named as Ismail Dukel, the Ankara representative of the TELE1 television channel, and Muyesser Yildiz of the OdaTV website.

Last month, Turkish authorities jailed 7 journalists for stories on the death of an intelligence officer who was reportedly killed in Libya.

Turkey is ranked among the world's top jailers of journalists by the New York-based Committee to Protect Journalists — alongside China and Saudi Arabia.

Turkey's Journalists Syndicate estimates that as many as 85 media workers are currently in jail under Turkey's broad anti-terrorism laws.

Yilmaz S., a lawyer working with the German Embassy in Ankara, was arrested by Turkish authorities in September 2019. The prosecution fits a pattern. (12.03.2020)

Turkey is granting amnesty to 90,000 detainees, but jailed journalists and political prisoners will remain behind bars. Despite the COVID-19 pandemic, Erdogan is relentlessly persecuting his critics, says Hülya Schenk. (14.04.2020)