Turkey open to storing Iranian uranium | World | Breaking news and perspectives from around the globe | DW | 14.11.2009

While Iran has not publicly responded to a UN suggestion that it temporarily store some of its uranium abroad, Turkey’s willingness to cooperate is a positive sign for the West. 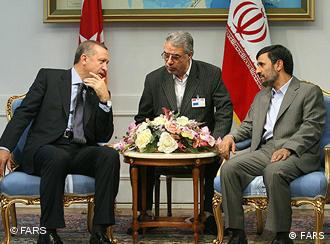 Turkey could be key in mediating between Iran and the West

Turkey's energy minister said he would be willing to accept low-enriched uranium from Iran for temporary storage, responding to a proposal by the International Atomic Energy Agency (IAEA) on Friday.

"There is no problem from the side of Turkey with Iran storing its low-grade uranium in Turkey. We cannot say no," Energy Minister Taner Yildiz told reporters.

Tehran has been hesitant to export its uranium stockpile in exchange for more highly-enriched uranium to power a Tehran medical reactor. In response, the IAEA suggested keeping it in a friendly third country, like Turkey, while waiting for the fuel.

Turkey is both a NATO member and a friend to Iran, and has said it would also be willing to mediate discussions between Iran and the West over Iran's nuclear program. 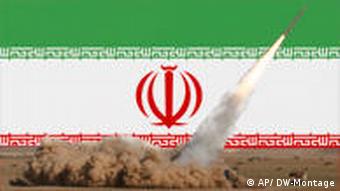 The IAEA presented a plan to Iran on October 21 which would have them export 70 percent of their low-enriched uranium to Russia and France for further enrichment before returning it to Tehran.

Western powers supported the plan as a way for Iran to prove its nuclear program is peaceful, as it has repeatedly insisted.

Tehran has not officially accepted or rejected the proposal, but instead responded with calls for amendments and further negotiations, which the United States has rejected.

Iran has welcomed the proposal by the UN's nuclear watchdog to enrich its uranium abroad, but it has further delayed giving a clear response on whether it will accept the deal. (29.10.2009)

The US, Russia and France are behind a deal brokered by the UN on enriching Iran's uranium, but Tehran is hesitating. UN inspectors have arrived in Iran to examine a previously unknown nuclear site. (25.10.2009)