Turkey lodges complaint at WTO over new US tariffs

In a move earlier flagged by officials in Ankara, Turkey has lodged a complaint at the World Trade Organization against new US duties on steel and aluminum. The move comes amid an intensifying political spat with the US. 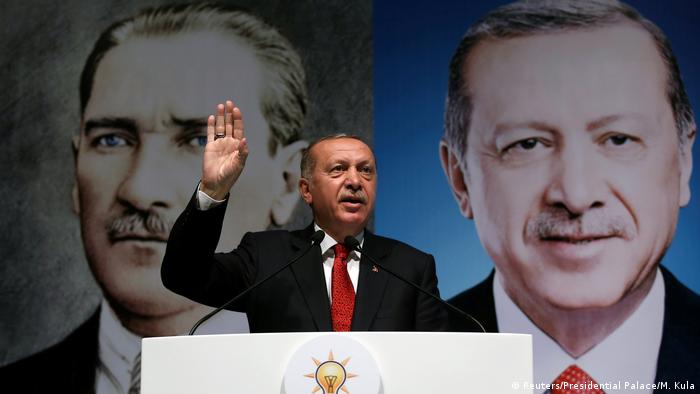 In a letter to the WTO, Turkey on Monday argued that Washington had broken free trade rules by imposing tariffs of 25 percent on steel and 10 percent on aluminum imports in June.

US President Donald Trump then in early August authorized a doubling of the duties, making them 50 percent and 20 percent respectively. Trump's move was seen as a reply to Ankara's detention of a US pastor held for two years on terror charges.

"Turkey claims that the measures are inconsistent with a number of provisions of the WTO's Agreement on Safeguards and the General Agreement on Tariffs and Trade (GATT) 1994," said a statement on the WTO's website.

The doubling of the rates amounts to an additional violation, according to the letter.

Turkey in reply hiked tariffs on imports of several US products such as rice, alcohol, leaf tobacco, cosmetics and cars.

The US is the world's biggest steel importer, while Turkey is the sixth-largest steel exporter to the US.

Under WTO dispute consultations, both sides have 60 days to seek a solution, before the issue goes to the Dispute Settlement Body, where it can take years to resolve disputes.

Turkish President Recep Tayyip Erdogan claimed on Monday his country was a victim of a "political plot" and an "economic war" and promised that Turks would not be brought "to their knees" by the economic crisis.

Highlighting the increased tensions, the US embassy in the Turkish capital Ankara came under gunfire early on Monday.

Fresh losses for the lira, and some Turks shrug