More than 100,000 people lost their jobs in the aftermath of the attempted coup in Turkey in 2016. Some of them are believed to have been abducted and murdered. There are people who are still missing without a trace. 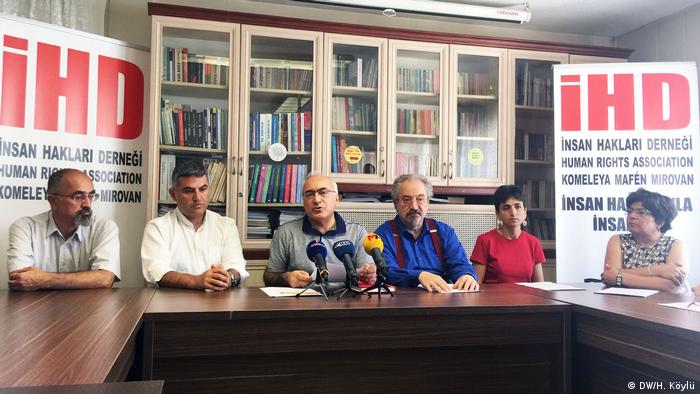 "He isn't missing; he was abducted. Since February 19 we've searched everywhere for our son Mustafa Yılmaz. There isn't a single place we haven't gone. We always came up against closed doors. Only five parliamentarians listened to us. Where is the humanity? Where is people's conscience?"

Nevin Yılmaz has been looking for her son Mustafa for the past half year. It's as if he's disappeared off the face of the Earth, she told DW. She doesn't know what he's been accused of. She has asked both the Interior Ministry and the Justice Ministry for support.

In the aftermath of the attempted coup on July 15, 2016, more than 100,000 people were sacked from positions of public office. Mustafa Yılmaz was one of them. Then, in February this year, he disappeared — along with five other people. Mustafa Yılmaz, Salim Zeybek, Erkan Irmak, Yasin Ugan, Ozgur Kaya and Gokhan Turkmen all disappeared in Ankara on different days in February.

Their relatives, as well as some politicians and civil society organizations, are firmly convinced that these six people had been classified by the Turkish security services as members of the Gulen movement. Followers of the US-based Islamic cleric Fethullah Gulen were accused of orchestrating the attempted coup. The families of the disappeared have been unable to get an audience with any of the official authorities. 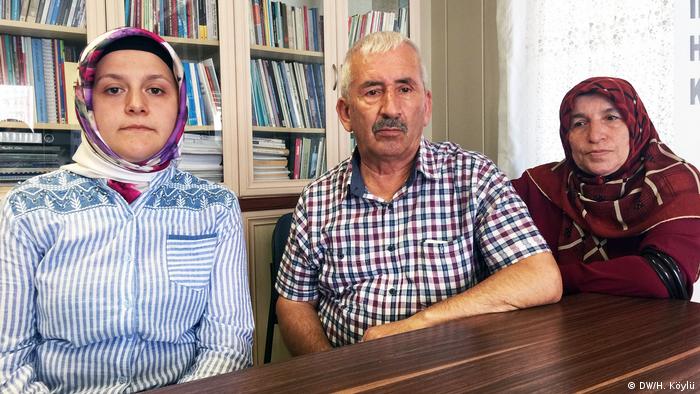 Mustafa's wife, father and mother are convinced that he was abducted

For more than six months, the families heard nothing. Then, on the evening of July 28, they received phone calls from the police. The families of Salim Zeybek, Ozgur Kaya, Erkan Irmak and Yasin Ugan were told that their missing relatives were being held by the counterterrorism authorities. It's still unclear where they had been for the previous six months. The secret of their whereabouts will presumably be disclosed once the interrogations are over and they're allowed to return to their families.

It's absolutely extraordinary that four of the missing people suddenly reappeared "on the radar," according to the lawyer Emir Seydi Kaya. "We don't know how exactly they were abducted or who was responsible. What's far more important is the question of where these people were kept, and what measures and interrogations they were subjected to. This must be thoroughly clarified."

The families turned to social media to publicize their pain. Omer Faruk Gergerlioglu, a member of parliament for the pro-Kurdish HDP, took up their case. Gergerlioglu also takes a critical view of the way four of the missing have suddenly turned up in police custody. This, and the fact that there's still no sign of the other two, Gokhan Turkmen and Mustafa Yılmaz, suggests to him that they were indeed abducted.

"I've visited the families, spoken to witnesses in the neighborhood. They told me that men came, declared that they were police officers, and simply abducted them, right in front of their relatives," Gergerlioglu told DW. The Turkish police vehemently deny these accusations. 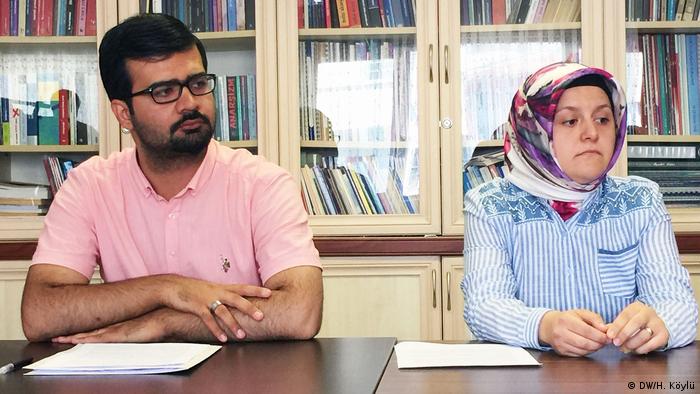 'Special unit within the state'

Over the past six months, the human rights organization IHD and the City of Ankara's lawyers' association, among others, have filed numerous applications with the Turkish Interior Ministry. "We went to the human rights commission of the Turkish parliament," said the head of IHD, Ozturk Turkdogan. "We wanted the Interior and Justice Ministries to do something. We waited for the public prosecutor's office to put together the files. But everything stayed under wraps."

After conversations with state and security service officials, Turkdogan also believes that these individuals were abducted. Furthermore: "We are certain that these abductions were carried out by special units belonging to the state. This unit seems to be untouchable!"

So four people are in custody — but where are the other two? The authorities are not giving any answers. The families are worried. "I'm in despair. I'm like a walking dead person!” says Sumeyye Yılmaz, Mustafa's wife. "It's becoming increasingly clear to me that my husband is in the hands of a state organization. I expect the Turkish government and the entire world to support me in order to find my husband."

A report by the human rights organization Human Rights Watch has documented numerous cases of "abduction and systematic torture" in Turkey since July 15, 2016. The information available to them shows increasing evidence of people being tortured in police custody.