Turkey ex-PM Davutoglu close to being expelled from AKP party

Turkey's ex-PM is one step closer to being removed by his own party. This comes amid rumors of Erdogan's growing fears of being replaced by other high-profile party members. 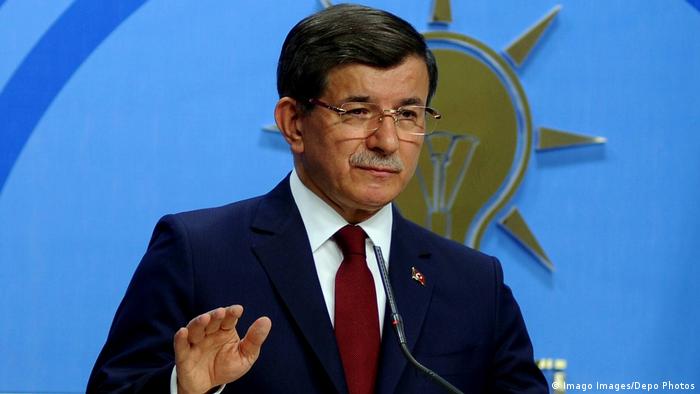 The AKP executive committee voted on Monday to put Davutoglu forward to a disciplinary board for dismissal.

According to Turkish news agency Anadolu, the committee also took the decision to consider three further members for dismissal, for which no reason has been provided. It remains uncertain when these expulsions would take place.

Ahead of the meeting, Erdogan spoke of "sorting out" certain party members.

"We should not refrain from sorting them out, if there are people who are party members on paper but have parted ways and hearts with us" he told a party meeting in the city of Konya.

Read more:Step by step toward a 'one man' regime in Turkey

Davutoglu, who was prime minister from 2014 to 2016, has critiqued AKP policy, government economic management as well as Erdogan himself.

In recent months he spoke out against the AKP´s decision to repeat the Istanbul mayoral elections, which came after the party lost the city to opposition party leader Ekrem Imamoglu in March. At the time, he tweeted that fair elections are an "anchor of democracy as well as our sense of belonging."

In addition, he has criticized the decision taken by Erdogan to removethree pro-Kurdish mayors from their positionsin the cities of  Diyarbakir, Mardin, and Van in eastern Turkey, over alleged links to the banned Kurdistan Workers Party (PKK).

If Davutoglu leaves, he would follow another high profile departure. In July, former deputy prime minister Ali Babacan left the AKP, citing a divide between his values and those of the party and the need for "a new vision".

The Turkish media has reported increasing suspicion that Babacan may join forces with former president and AKP co-founder Abdullah Gül to form a breakaway party to challenge the AKP.