Step by step toward a ‘one man’ regime in Turkey

Prime Minister Davutoglu’s resignation has created chaos in Ankara. Experts that spoke to DW agree that given Erdogan’s pursuit of a presidential system, Turkey’s transformation into a ‘one man’ regime is imminent. 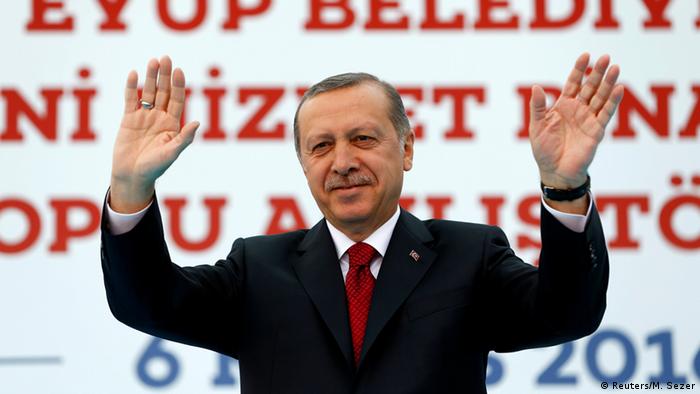 Ahmet Davutoglu’s announcement that he would be stepping down as prime minister opens a new episode in Turkish politics. While figures from the ruling AKP party as well as opposition circles predicted Davutoglu would step down, no one expected it to be this soon.

"Davutoglu didn’t even give an honest reason why he’s going. It was a surprise to all of us," many said.

Some members of the ruling Justice and Development Party (AKP) point to Davutoglu’s ambition and argue that a fight between Davutoglu and Erdogan is certain to break out. On the other hand, there are those who believe Turkey will have fresh elections, and a new, but low-profile prime minister will be installed.

The so-called "3B formula" has now appeared on the agenda, referring to the names of three men who are considered candidates for the post: Transportation Minister Binali Yıldırım, known as being very close to President Erdogan, Justice Minister Bekir Bozdag, and Energy Minister Berat Albayrak, who also happens to be Erdogan’s son-in-law.

Officials close to the president have indicated, however, that Albayrak’s appointment is out of the question, so speculation that Yıldırım will get the job has mounted. The AKP's special party congress on May 22 will likely decide the issue. 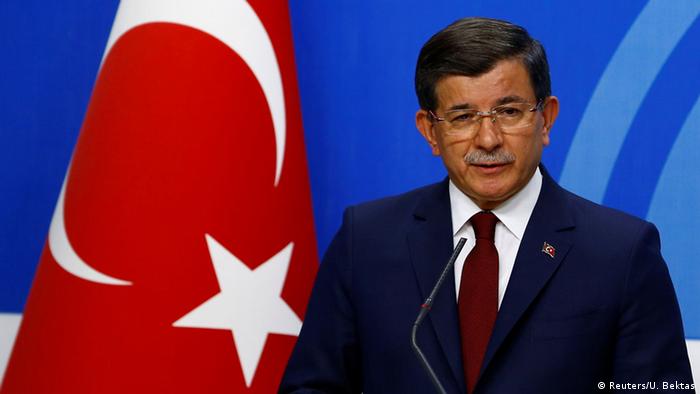 Ahmet Davutoglu is said to have been forced out of office

As the rumors circulate in Ankara, questions about Erdogan’s next steps are also increasing. Some think Erdogan will continue pushing for a presidential system and see Turkey’s future hanging in the balance, linked to Erdogan’s next moves.

"I want to be optimistic, but I have to say that Turkish political life is heading down a dead-end path," said KONDA polling company director Tarhan Erdem.

"From this point forward, we will not be able to estimate what will happen in society. That is to say, Turkey has embarked on an unforeseeable process," Erdem said, adding that Turkey has reached a point of chaos, due to Erdogan's direct influence in the AKP, and due to the president's insistence on doing whatever he pleases, violating the constitution and even seeing this as natural.

"If a president imposes his own will without changing the constitution, it means that Turkish democracy has begun to lose all it has gained. The president needs to immediately return to the boundaries laid down by the constitution. What we are going through cannot even be described in words. Even during the reign of [Ottoman Sultan] Abdulhamit II such things did not happen. Abdulhamit first put things in an edict, then it would become law. However, if you look at Erdogan, everything he says instantly becomes law. Every day, Erdogan is taking steps toward a one-man regime. Regardless of what anyone says, he won’t listen, and he will arrange an early election and do what he feels necessary to establish a presidential system. From now on there is only one man in Turkey - and that man is Erdogan,” Erdem said. 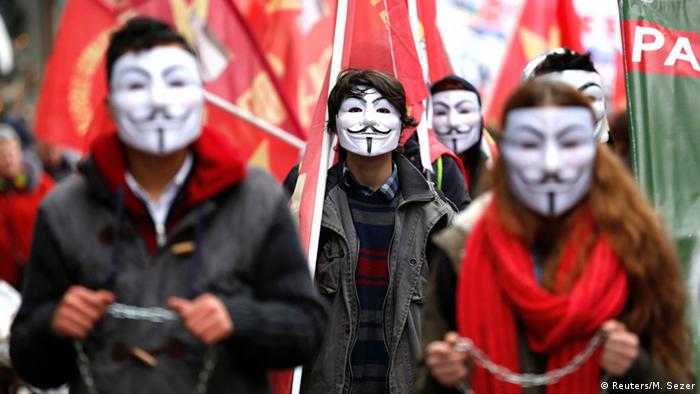 "It is becoming increasingly clear with every event that Erdogan lacks impartiality. He intervenes in government tasks. He is acting like the de facto AKP leader. He is completely disregarding the constitution. In Turkey, there is an Erdogan problem and this problem will continue to grow," said former justice minister and constitutional lawyer Hikmet Sami Türk, adding that Davutoglu’s statement of ‘I was forced to leave’ clearly shows to what lengths Erdogan is prepared to go.

Türk also drew attention to the fact that what Erdogan really desires is not actually a presidial system. "The type of presidential system that the AKP envisages unites the judicial and legislative powers with the executive, and aims to enable the president to appoint a significant number of justices to the court of appeals. This completely revokes the principle of a strong separation of powers."

In a presidential system there is a complete separation of the judicial and legislative powers. "In America, Türk points out, "legislative power is vested in the Congress. The president can veto bills that come in front of him; however, Congress can override this with a two-thirds majority. In America, the president can appoint judges to high courts, but they must be approved by the Senate. In other words, this is the opposite of what the AKP is seeking."

Erdogan appears to want more than a presidial system in order to concentrate all power in his hands,Türk noted. "Without separation of powers you cannot have democracy. In Turkey, we are facing an imposed presidential system. In the process ahead, all of the pains of the transition to a one-man leadership will be experienced more intensely,” he said.

A gourmet burger joint in Cologne added an "Erdogan burger" to its menu, responding to the Turkish president's attempts to sue a German comedian. After online threats, the owner has shut down the shop. (09.05.2016)

How free is speech in Germany? After a satirical TV show targeting Turkey's President Erdogan, German comedian Jan Böhmermann faces legal action - and has sparked a massive debate on freedom of speech in Germany. (09.05.2016)