The raids targeting two universities come a day after the main opposition leader addressed more than a million people at a rally calling for justice. Among those arrested was a prominent government critic. 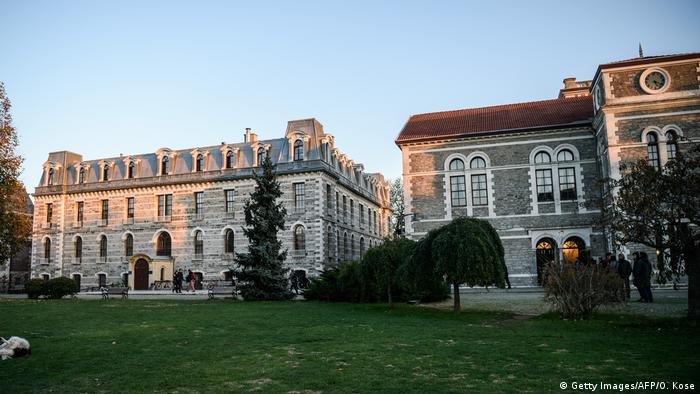 Turkish police on Monday detained at least 47 academics and university staff, saying that it was part of an investigation into the Gulen movement blamed for last year's failed coup attempt.

In total, 72 arrest warrants were issued targeting academics and staff at the elite English language Bogazici University and Medeniyet University in Istanbul.

Caliskan's writings and commentary suggests he has no affiliation with Islamic parties.

Both active academics and several who had already been dismissed were detained on suspicion of using the encrypted messaging app ByLock, Turkish media reported. Thousands of people have been arrested for allegedly having the messaging app, which authorities say the followers of US-based Islamic cleric Fethullah Gulen used to communicate and plan the coup attempt.

Gulen, a former ally of President Recep Tayyip Erdogan, denies any involvement in the failed coup.

Turkey one year after the failed coup

Turkey One Year after the Failed Coup

More than 50,000 people including soldiers, civil servants, teachers and academics have been arrested in a massive crackdown since last July's failed coup attempt. Some 150,000 others have been dismissed from their jobs under sweeping emergency powers granted to the government in the wake of the coup attempt. Hundreds of media outlets, NGOs and rights groups have also been shuttered.

The latest arrests come a day after Kilicdaroglu ended a nearly 450-kilometer (280-mile) "March for Justice" from Ankara to Istanbul by holding a rally attended by more than a million people calling for an end to emergency rule and injustice.

Kilicdaroglu told the crowd Erdogan had used the July coup attempt to carry out a "palace coup" against democracy and justice. He demands an end to emergency rule, independence of the judiciary, the release parliamentarians from prison and the scrapping of what he considers to be tainted 2017 referendum results that granted Erdogan sweeping presidential powers.

Human rights watchdog Amnesty International has accused Turkey of 'arbitary dismissals' in a series of purges since last year's failed coup. More than 100,000 public sector workers have lost their jobs, its report says. (22.05.2017)

Amnesty International has described terror charges against its head in Turkey as a "mockery of justice." He is the latest victim to be wrapped up in a crackdown on critical voices and dissent. (10.06.2017)

A Turkish court has sentenced top UN judge Aydin Sefa Akay to more than seven years in jail over alleged ties to a group blamed for a failed coup attempt. The UN war crimes court in The Hague says the move is illegal. (15.06.2017)