Officials in Turkey have closed a German Embassy school in the city of Izmir. Turkish officials told the head of the German school it did not have a required license. 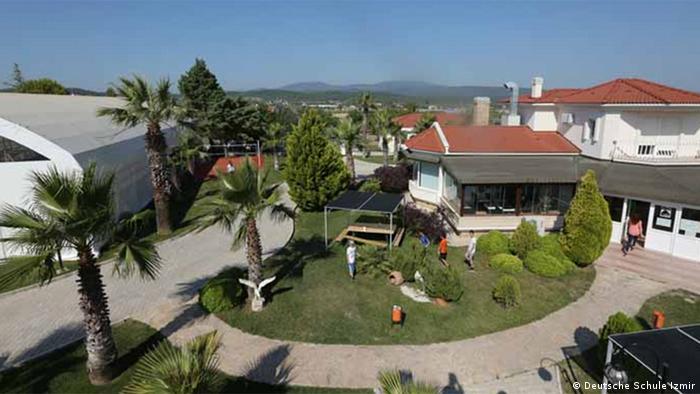 Dirk Philippi said a group of local as well as Education Ministry officials entered the school on Saturday, less than a day after students left for their summer holiday, to give him "written and oral" notice that the school would be closed. There are about 180 children between the ages of 2 and 20 enrolled at the school and its kindergarten.

According to its website, the school operates as "a branch of the German Embassy's private school in Ankara." Philippi, however, said it was "structurally assigned to the Consulate General in Izmir."

A statement released by the embassy said, "We call on the Turkish government to urgently explain the reasons for the closure of the school." It stressed that the schools were an "essential" element of cultural and educational relations between the countries.

Berlin has asked the Turkish government to further explain its decision to close the school.

"I am convinced that this is a temporary closure," Philippi said, adding that the incident may be due to something as simple as a missing document.

Tensions between Germany and Turkey

Berlin and Ankara have had tense relations in recent years. Frayed ties were seen led last year to German officials blocking Turkish politicians from speaking in Germany ahead of a Turkish constitutional referendum.

Many European Union states have condemned the arrest of tens of thousands of people including journalists over alleged links to coup-plotters and Kurdish militants.

President Recep Tayyip Erdogan has accused EU member states, including Germany, of acting like Nazis when theyrefused to allow election ralliesahead of a referendum on constitutional changes to create an executive presidency in April 2017.

After Erdogan's decisive win in Sunday's elections in Turkey, German Chancellor Angela Merkel said she looked forward to working with Turkey, especially with "a stable and pluralist Turkey in which democratic participation and rights are reinforced."

The Turkish leader said he was planning a campaign rally in Europe ahead of June elections. But several European countries, including Germany, have banned Turkish politicians from campaigning on their soil. (24.04.2018)

Students sleep in parks to protest rising rents in Turkey 02.10.2021

Accommodation in student dormitories has never been so scarce — or so expensive. Turkish students are staging an unusual protest: Hundreds of them are spending nights in parks.