Turkish officials have announced the capture of an "emir" of the "Islamic State" and said the group had been plotting to kidnap several politicians. A US report has dubbed Turkey a "major facilitation hub" for the group. 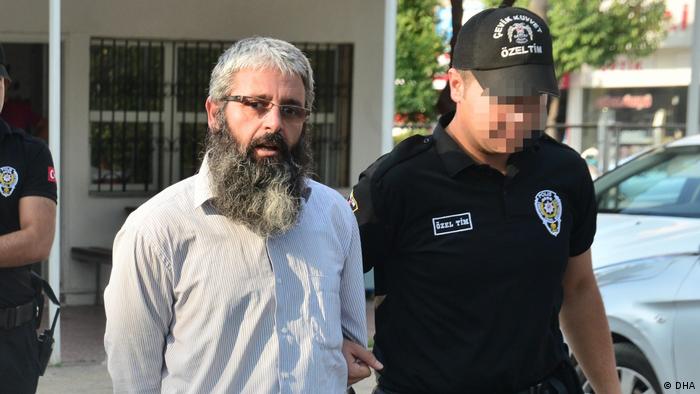 Turkish authorities have arrested one of the "Islamic State" militant group's top figures in Turkey, Interior Minister Suleyman Soylu said in a tweet on Tuesday.

Soylu said police were able to seize "important plans" during the arrest, which included plots to kidnap Turkish politicians and take them to Syria.

The authorities discovered that the suspect was receiving orders from Iraq and Syria after seizing his computer and other "digital material."

Police announced that a further 11 people were arrested in the raids who were under orders to carry out attacks across Turkey.

In a report published last month, US European Command said Turkey remained a "major facilitation hub" for the militant group, noting that it uses the country "in particular to facilitate money movements."

However, the report noted that Turkish security forces have "increased their counter-ISIS activities in Turkey this quarter while improving their security presence along the border with Syria and Iraq."

The "Islamic State" has claimed responsibility for several attacks in Turkey, including an attack on an Istanbul night club during New Year celebrations three years ago that killed 39 people and injured dozens more.

The "Islamic State" rose to notoriety in 2014, when it seized large swathes of land in Iraq and Syria, culminating in the occupation of the Iraqi city Mosul. There, its then-leader Abu Bakr al-Baghdadi announced the creation of a so-called caliphate on territory it occupied.

Since then, international efforts to uproot the militant group have proven militarily successful. Although pockets of the group remain active in parts of the region, its presence is a small fraction of what it was during its peak.

The group, however, has seized on a decrease in counterterrorism measures during the novel coronavirus pandemic in order to galvanize support for its cause, launching a digital blitzkrieg of extremist propaganda to bolster recruitment.