More than 36,000 soldiers and police officers have registered to vote in the first local elections since the Arab Spring. But some police unions have pushed back, saying security forces should remain "neutral." 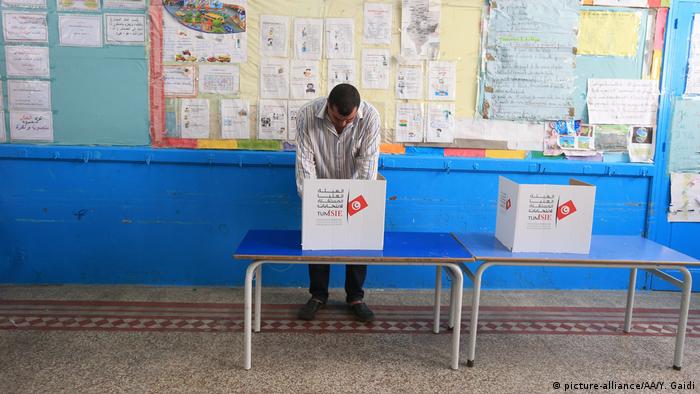 Security personnel on Sunday cast votes in municipal elections for the first time since a ban on voting for members of the police and military was lifted earlier this year.

"This is a historic day," a police officer told AFP news agency after casting his vote in the capital Tunis. "For the first time we are exercising a right of citizenship."

Read more: 'We are not yet a democracy,' says Tunisia's foreign ministry

In January, parliament struck down the decades-old ban preventing members of the military and police from voting. The ban against service members came into effect shortly after independence in 1956 and was later expanded to include police and state security in the 1980s.

Electoral officials at the Independent High Authority for Elections (ISIE) said more than 36,000 soldiers and police officers had registered to vote in local elections slated for May 6. They are the first municipal elections since popular protests overthrew President Zine el-Abidine Ben Ali in 2011. 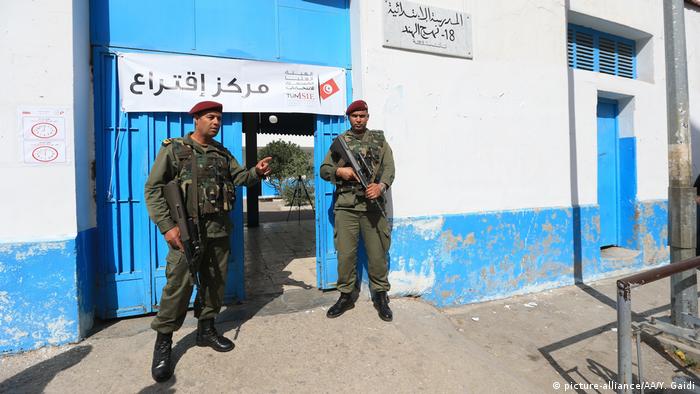 Under new electoral regulations, security personnel are allowed to vote in municipal elections

Analysts have warned that by providing members of security forces the right to vote before reforms of the sector, it could grant police unions greater influence in politics and undermine the prospect of reforms.

"While the repeal was couched in democratic terms regarding the equality of citizens, the intentions of the police unions pushing for suffrage and the likely ramifications of this decision are anything but democratic," said Sharan Grewal, a researcher at Princeton University, in an article published by the Washington-based Carnegie Endowment for International Peace.

"Granting the security forces the right to vote empowers the police unions, increasing their leverage over politicians and dimming any remaining hope of security sector reform."

While most police unions have supported an end to the ban, a handful has pushed back, saying security forces should remain neutral and outside politics.

Read more: Opinion: Is Tunisian democracy in danger of collapse?

"The security institution is at the disposal of the people and it must be neutral, with this vote it will not be," said Chokri Hamad, spokesman for Tunisia's National Union of Interior Security Forces.

Tunisia has been dubbed the sole democratic success story to arise from the so-called Arab Spring, a wave of anti-government protests calling for political change.