Tunisia′s long, difficult path to a new constitution | World| Breaking news and perspectives from around the globe | DW | 25.05.2013 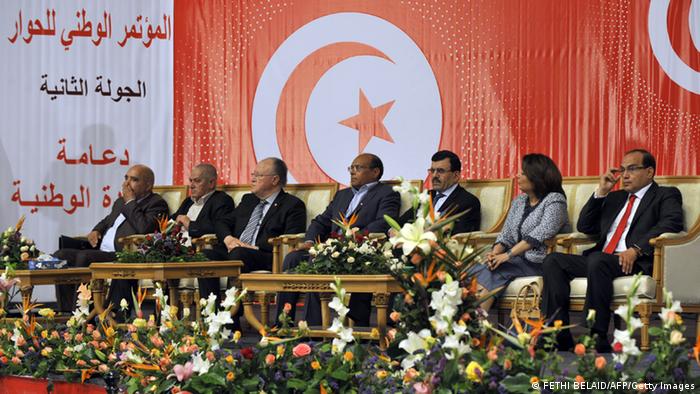 The new Tunisian constitution should have been ready months ago - it was due to be finalized in October 2012. It would have paved the way for parliamentary and presidential elections the entire country had been waiting for.

But secular and Islamist parties and groups are still debating the constitution's text and have currently drafted a third version. It has been approved by several committees, but the document is still considered controversial. The key point of disagreement centers on how Islamist the Tunisian constitution should be.

According to renowned Tunisian expert on constitutional law, Yadh Ben Achour, the draft "clears the way for a religious dictatorship" and leaves "too much room for dangerous interpretations that could conflict with liberal spirits of a revolutionary constitution." 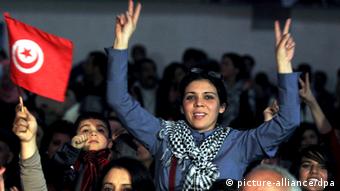 Will gender equality rights be part of Tunisia's new constitution?

Discussions look at fundamental values and how they are incorporated into the new constitution: Is the commitment to universal human rights tied to cultural characteristics of Tunisian people - as it was expressed in one of the drafts? Is gender equality - including family to inheritance law - guaranteed? Is religion protected? What about freedom of religion?

Nothing has been finalized yet in regard to these questions. "In fact, all parties had argued for equal rights during last year's elections, but no one wants to see that laid out in the constitution now," said Lobna Jribi, a member of secular Ettakol party that's part of the national assembly tasked with drafting the constitution.

But Islamist ruling party Ennahda has a comfortable majority of 136 out of 217 seats in the assembly - the constitution will need to be approved by two thirds of the assembly in order to pass. Ennahda works towards a stronger linkage between religion and government.

Large sections of society agree on Ennahda's take. Separation of government and religion, some sort of gender equality - that's what Tunisians had when dictator Zine El-Abidine Ben Ali was in power. But that's exactly the reason why secular ideas have lost credibility for some in Tunisia: They associate these ideas with a dishonest and corrupt dictatorship.

Jribi said people need to differentiate more, "We value the civil character of the state; Tunisia is not a pure secularist nor a theocratic state." That means protecting the right to practice religion but not using religion as the basis for judicial or political order, she added. 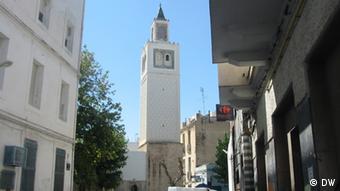 To what extent can religion be incorporated in the new constitution?

"Of course there is a strong official state religion which the constitution refers to and which will be taught and protected by the state," Jribi said. "The state is responsible for protecting houses of prayer. The state protects and takes responsibility for imams and their sermons. It also needs to watch that their sermons are in line with the moderate Islam that has been practiced in Tunisia for centuries."

The latter has not been taken care of yet. With funds from Qatar and Saudi Arabia, radical imams and organizations have come to Tunisia after the revolution - they push for a Wahabi Islam model for politics and society. They win the hearts and minds of a disenchanted young generation in Tunisia's mosques - the young generation has been waiting to improve its future after Ben Ali's dictatorship ended, but to no avail.

Both German and European foreign policies have not been well considered, said Hertha Däubler-Gmelin, a former German justice minister. Europe does not get involved too much, and doesn't have a clear stance and no joint position, she told DW. "Criticism directed at us is justified: Why aren't we supporting secular forces more in states undergoing transformation more decisively?" 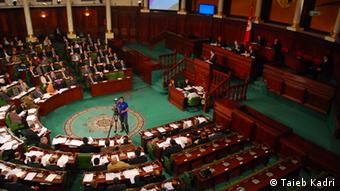 Tunisia's national assembly will decide on the new constitution

While secular forces wait for support they often don't receive, Islamists and other extremists can count on money and support from Arab countries. "That's not only the case for Northern Africa, but also for Yemen, where we have seen a similar approach to exert influence," Däubler-Gmelin said. "From my point of view it's time that the EU and Germany rethink to whom we continue to sell weapons to."

And the violent Salafist milieu beyond political Islamists is on the rise as well. In mid-May, supporters of the al Qaeda-linked Salafist movement Ansar al-Sharia clashed with security forces where one person was killed and 18 were injured.

The government had to act and leave behind its lenient approach to radical and violent Islamists. Prime Minister Ali Larayedh promised to take a hard stance towards Islamists. 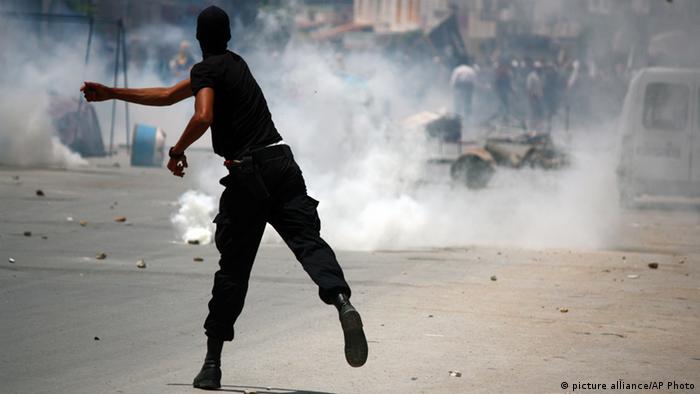 Tunis saw clashes between salafists and police in mid-May

"Ansar al-Sharia is an illegal organization which defies and provokes state authority," Larayedh said in a reaction to the clashes. "Those found to have been involved in violating the law will be prosecuted." Some 200 alleged extremists were arrested.

Time is almost up

This crackdown was an important step for Jribi and the secular opposition.

"It's very important and very positive that the government and security authorities took on their role in recent events and stayed on course," she said. "The state institutions, police and security forces, have gained trust, and presented themselves as capable to act in a neutral manner."

The most recent, third draft of the constitution is scheduled to be approved by the national assembly in July 2013. Meanwhile, tension is growing within the assembly. None of the social problems that existed before the revolution has been tackled so far. The official unemployment rate hovers at around 17 percent, but hardly any young Tunisian has the chance to score a regular job at the moment.

"We run the risk that our society turns its back on politics," activists such as Islamic scholar Amel Grami have said.

Modern media is not always democratic

Were the revolutions in the Arabic world started by social networks? Tunisian publicist Amel Grami is skeptical, and warns against the extremist potential of the new media. (21.05.2013)

The struggle for Tunisia's future

When demonstrators took to the streets in Tunisia at the start of the Arab Spring, they were calling for bread, dignity and justice. What they got was the end of a dictatorship and political uncertainty. (08.05.2013)

This year's World Social Forum (WSF) is the first of its kind as it's hosted by an Arab Spring country - Tunisia. Local activists hope it will boost the democratization process. (25.03.2013)