Rached Khiari took to Facebook to defend the decapitation of a history teacher who showed caricatures of the Prophet Mohammed in class. The politician's comments sparked fierce criticism as well as praise. 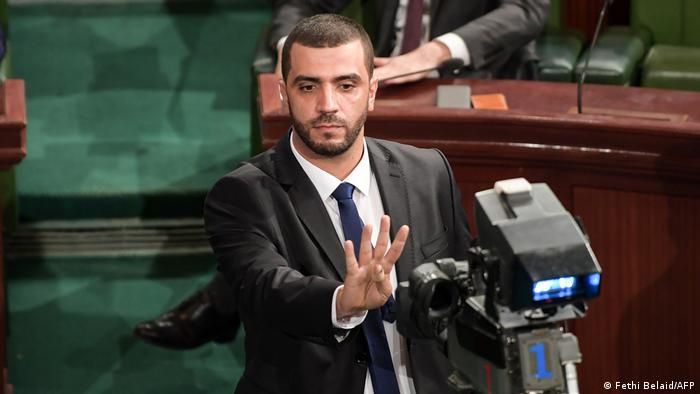 Tunisia has launched an investigation against an MP for allegedly glorifying the murder of a teacher in Paris who was decapitated in a brutal Islamist terror attack this week.

The Public Prosecutors Office in Tunis said the independent MP Rached Khiari's remarks on social media and his position in parliament would be examined, the state news agency Tap reported on Saturday.

The 47-year-old history teacher Samuel Paty was beheaded on Friday afternoon in a town northwest of the French capital after recently holding a class on freedom of speech in which he showed caricatures of the Muslim Prophet Muhammad.

Chiari took to Facebook in defense of the beheading, saying: "To insult the messenger of God" is "the greatest crime," and whoever committed it had to "bear its consequences."

In another post following the announcement of the investigation, Chiari he said could renounce his immunity to prosecution and his position in parliament, "but I will not renounce my conviction for the crime."

The prophet is "more important and greater than fame, parliament, politics and the whole world," he added.

His remarks were met with both criticism and praise.

Deputy Public Prosecutor and spokesperson for the Court of First Instance of Tunis Mohsen Dali said in a statement that the Chiari's comments could be legally classified as a terrorist crime.

Tunisia's anti-terrorism law prohibits acts that expressly praise and glorify atrocities. Violators can be jailed for up to five years.

Chiari won a seat in parliament representing a right-wing religious movement during the 2019 elections before becoming an independent MP.

French police shot dead the alleged suspect in the beheading, an 18-year-old born in Moscow and originating from Chechnya, the predominantly Muslim Russian republic in the North Caucasus.

The country remains in shock following the crime, which came just weeks after another knife attack on the former offices of the satirical newspaper Charlie Hebdo, which injured two people.

In 2015, several staff members at Charlie Hebdo were killed after publishing caricatures of the Prophet Muhammad. The paperrecently republished the caricatures.