The French interior minister said the attack wounding two people was "clearly an act of Islamist terrorism." It coincided with the start of a trial for the alleged accomplices in a 2015 attack on the magazine's offices. 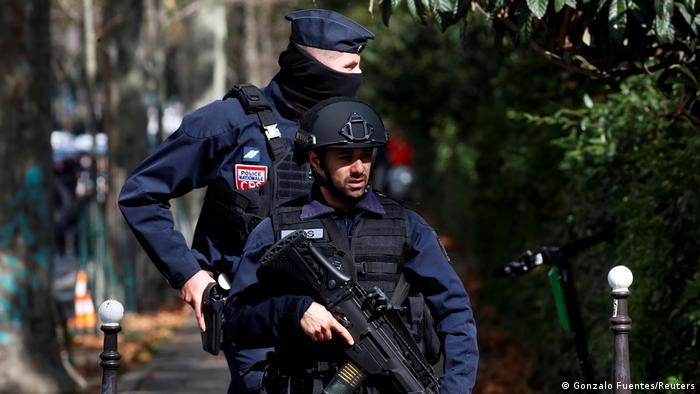 Two people were seriously wounded in a knife attack in central Paris near the former offices of satirical magazine Charlie Hebdo on Friday, police said.

"It's the street where Charlie Hebdo used to be, this is the way the Islamist terrorists operate," Darmanin told broadcaster France 2. "This is a new bloody attack on our country."

At least seven in police custody

Police said they arrested the man suspected of stabbing the two victims soon after the attack. He was found with bloodstains on his clothes near the Bastille plaza close to the crime scene in eastern Paris.

Hours later, another suspect was apprehended near the Richard-Lenoir metro station, also in the area of the crime scene.

The weapon used in the attack was described by witnesses as a meat cleaver. It was found at the scene, police said.

The head of France's anti-terrorism prosecution office, Jean-Francois Ricard, said the "main perpetrator" is an 18-year-old man of Pakistani origin. 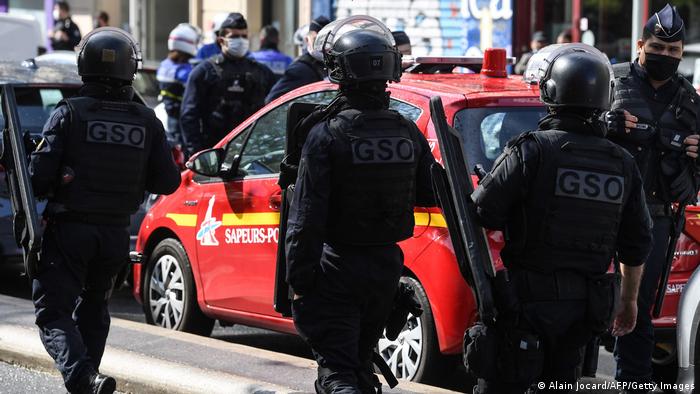 Victims were having a cigarette

The two victims, a man and a woman,worked for a television production company housed in the building where the Charlie Hebdo offices used to be located.

They were having a cigarette break in the street when they were attacked, according to prosecutors and colleagues.

French Prime Minister Jean Castex said the lives of the victims are "not in danger."

"I talked to a policeman, who told me they were not looking into big plots at the moment, but rather at lone wolves who might attack people in the streets," she said.

One witness told Europe 1 radio that she heard "screams" in the road from her office.

"I looked out of the window and saw a woman who was lying on the ground and had taken a whack in the face from what was possibly a machete," she said. "I saw a second neighbor on the ground and I went to help."

Stabbing coincides with start of trial

The stabbing comes as a trial gets underway this week for 14 people accused of providing logistical support such as cars and weapons to attackers who killed 12 people at the offices of the French satirical magazine Charlie Hebdo.

They could face between 10 years and life in prison. The hearings, which contrary to the norm in France will be recorded, are expected to run until November 10.

Earlier this month, the controversial and taboo-busting satirical magazine also announced that it would republish cartoons of the Islamic Prophet Muhammad to mark the beginning of the trial.