The president defended citizens' right to freedom of speech. His remarks came as the satirical weekly Charlie Hebdo, the target of a massacre by gunmen in 2015, said it was republishing cartoons of the Prophet Muhammad. 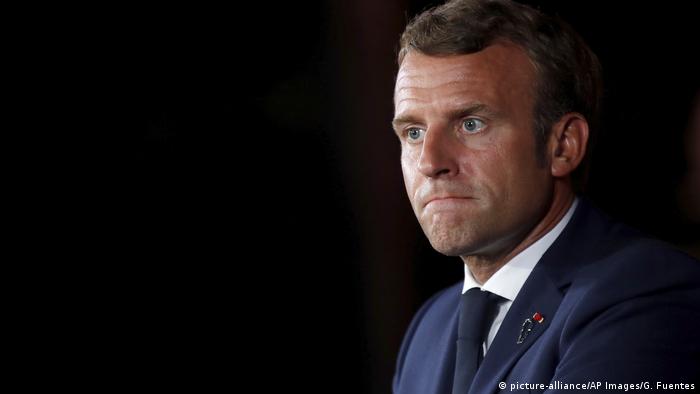 On Tuesday, French President Emmanuel Macron said it was not his place to pass judgment on the decision by Charlie Hebdo to publish a cartoon of the Prophet Muhammad.

Macron, speaking during a visit to Lebanon, said it was important for French citizens to be respectful to each other, and avoid a "dialogue of hate" but he would not criticize the satirical magazine's decision to republish the cartoon. His comments were reported on French broadcaster BFM TV.

Macron's remarks came as Charlie Hebdo, the target of a massacre by gunment in 2015, announced on Tuesday that it would republish the cartoons of the Prophet Muhammad to mark this week's start of the trial of accused accomplices in the attack.

"Beyond the trial that will begin tomorrow, and I don't have to express myself on this point as president, we will have a thought for all those who fell," Macron said.

Macron extolled the virtues of democracy and freedom of speech as he said: "It's never the place of a president of the Republic to pass judgment on the editorial choice of a journalist or newsroom, never. Because we have freedom of the press."

"There is in France a freedom to blaspheme which is attached to the freedom of conscience. I am here to protect all these freedoms. In France, one can criticize a president, governors, blaspheme," he said.

Macron also paid tribute to the victims the January 2015 attacks. On Wednesday, the first day of the trial, "we will all have a thought for the women and men who were cowardly shot because they drew, wrote, corrected, were there to help, to deliver," he said.

On January 7, 2015, two men forced their way into the offices of Charlie Hebdo in Paris. Armed with rifles and other weapons, they killed 12 people and injured 11 others in the French capital. The gunmen identified themselves as belonging to an Islamic terrorist group.

French security authorities are monitoring more than 8,000 people suspected of terrorist leanings, the interior minister says. His warning comes ahead of a trial of 14 suspected helpers in deadly attacks in 2015.