Invasive blue swimming crabs have been causing a nuisance for fishermen in Tunisia, destroying their nets and eating their catch. But now these bothersome crustaceans are helping to put food on the table. 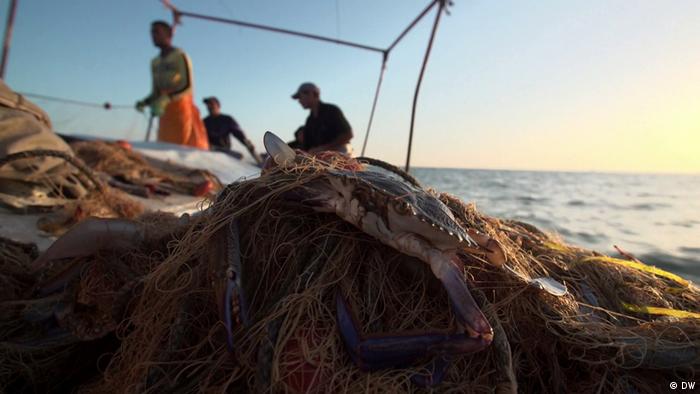 The first blue swimming crabs appeared in the Gulf of Gabes off Tunisia's east coast in 2014. Like many of the species new to the Mediterranean they made their way through the Red Sea and Suez Canal from the Indo-Pacific. In just a few months, these invasive animals had turned into a plague.

The crabs destroyed fishing nets, devouring the fish inside. Their presence was so destructive that local fishermen started referring to the bright blue crustaceans as "Daesh," the Arabic acronym for the Islamic State terrorist group.

Olfa ben Abdallah and her team from Tunisia's National Institute of Marine Sciences and Technology are trying to better understand the crabs and how to deal with them by studying their impact on the ecosystem in the Gulf of Gabes.

In the meantime, the fishermen have found some solutions of their own. They've made the crabs a source of income. Considered a delicacy for their sweet meat, blue swimming crabs are now being caught and exported abroad.

A film by Cornelia Borrmann and Hamdi Dallali