Tunis and at least five other Tunisian cities saw violent demonstrations linked to the 10-year anniversary of the Jasmine Revolution that ousted the country's longtime ruler. 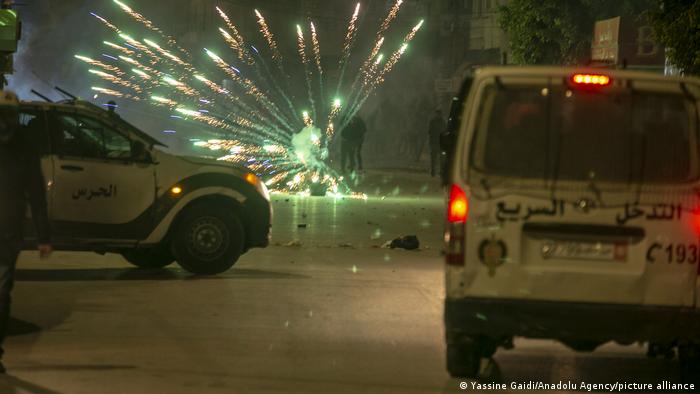 The protests took place as Tunisia marks the 10th anniversary of the revolution that toppled the late President Zine El Abidine Ben Ali and sparked the Arab Spring uprisings.

Where did the clashes take place?

Violent protests took place in several areas of the capital, Tunis, and the seaside city of Sousse, among others.

Interior Ministry spokesman Khaled Hayouni told the AFP news agency that dozens of young people, mostly aged between 14 and 17, were held after they took to the streets. He accused them of intending to loot and vandalize shopfronts and cars overnight.

AgenceTAP put the number arrested at 242, citing a spokesman for the National Security Directorate. 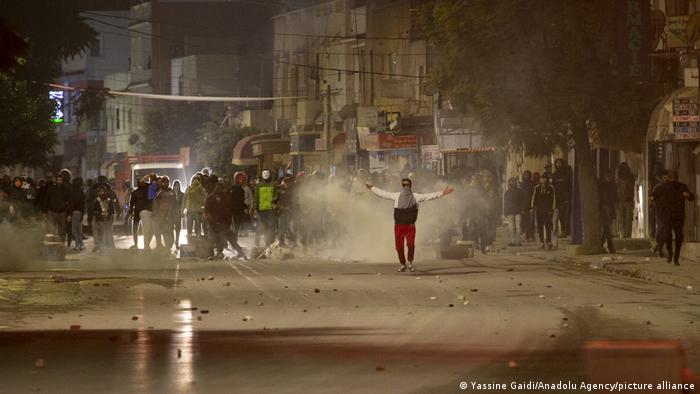 There were also night protests and riots in the north of the country.

Tunisia is set to exit a four-day lockdown amid a sharp rise in coronavirus cases. The country has been under a nighttime curfew since October.

A decade after the Jasmine Revolution, Tunisia has made a smooth transition towards democracy, but its economy remains on the verge of bankruptcy.

The key tourism sector, already on its knees after a string of deadly jihadi attacks in 2015, has been dealt a devastating blow by the coronavirus pandemic.

Tunisia has been rocked by months of anti-government protests.

According to the Tunisian Forum of Economic and Social Rights, more than 1,000 demonstrations took place in November alone.

Months of sit-ins have paralyzed oil and phosphate production for months, putting holes of billions of dollars in the country's budget.

The protests pose a challenge for the government of Hicham Mechichi, who on Saturday reshuffled the cabinet, installing new interior, justice and energy ministers.

Rached Khiari took to Facebook to defend the decapitation of a history teacher who showed caricatures of the Prophet Mohammed in class. The politician's comments sparked fierce criticism as well as praise.