Public confidence in the European Union has hit rock bottom, a recent survey reveals. Since the onset of the euro crisis, Europeans have lost faith in the bloc, even in pro-European countries, like Germany. 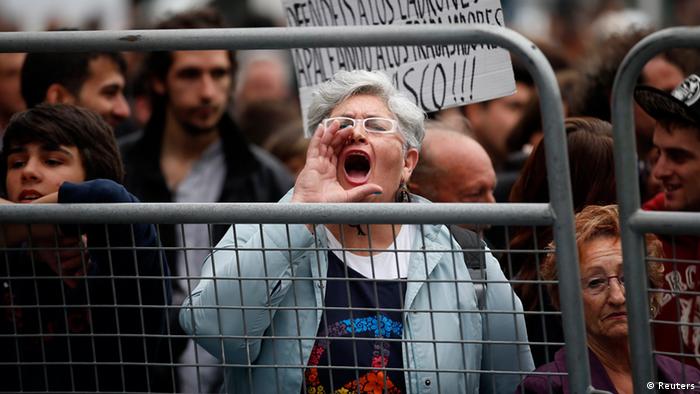 Jose Ignacio Torreblanca compares the growing skepticism sweeping across Europe to a virus from which no one is able to escape. The entire continent is infected, the Spanish political scientist says.

People's faith in the EU significantly decreased between 2009 and 2012. According to a recent Eurobarometer survey carried out by the EU, Europe's crisis-stricken countries in the South have been affected the most. Only 20 percent of Spanish citizens trust the EU, compared to 56 percent in 2009. Crisis-battered Italians turned into euro-skeptics as well - trust there fell from 52 percent to 31.

But the European Union has also lost its prestige in countries that are considered economically stable; for instance, Germany and France. Only 30 percent of Germans now trust the EU, compared to 2009 when that figure was 14 percentage points higher. French trust has dropped 8 percent to 34 percent. 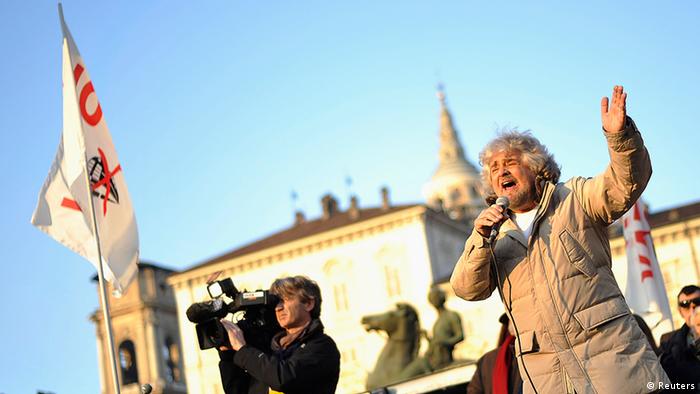 "The most surprising result was that almost all Europeans saw themselves as victims," Torreblanca said. "Both debtors and creditor countries basically feel that they lost control of what they are doing."

Torreblanca was tasked with analyzing the findigs for the European think-tank European Council on Foreign Relations.

"People are afraid of the future. They are afraid to lose their jobs and their economic status, and they blame Europe for the crisis," Jutta Steinruck, a European Member of Parliament and Social Democrat from Germany, said. Many politicians and media suggest that it is Europe's fault altogether.

"There is a strong correlation between the economic situation and trusting the EU," Torreblanco said. "They are forced to accept decisions with the idea that there is no other alternative."

Germans were asked to keep endorsing bailout packages because there would be no other alternative; Southern Europeans had to agree to further austerity measures.

"The idea of democracy is being removed in the sense that democracy is not only about electing people but also about choosing from different alternatives. With these alternatives removed there's an increase of disaffection." The biggest threat would be to save the euro currency, but to lose EU citizens, Torreblanco warned.

"Unfortunately, we have said there is no alternative for way too long," Rainer Wieland said. The vice president of the European Parliament and member of German Chancellor Angela Merkel's Christian Democratic party is in favor of rescuing the euro currency. He is pleased with the fact that the majority of German politicians agrees with him. Still, in his view, different options need to be discussed more openly in future.

"There's always another way," he said. German citizens should be able to say 'no' to supporting poor member states, but they would need to live with the consequences of their decision, Wieland pointed out. 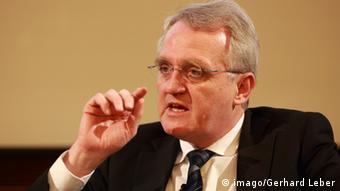 Wieland is in favor of saving the euro

So far, only a minority of Germans or Spaniards wants to leave the eurozone or the EU altogether, but many are niot at all pleased with Europe's crisis management. It's also due to the fact that there haven't been any visible results yet from the bloc's austerity measures. Spain is still in recession and unemployment has skyrocketed to rates over 27 percent, with youth unemployment topping 50 percent. In the meantime, many Germans doubt it's effective to set up yet another loan program financed by taxpayers' money.

"The idea of a shared Europe is disappearing," fears Jutta Steinruck. "People are beginning to distrust each other and reconstructing old hostile images of their perceived enemies. It wouldn't be the first time in history that political extremists abuse such crises for their own purposes."

That view is echoed by Wieland. "There is definitely a risk of people turning to populist parties," he said. Anti-European parties have already started to gain momentum in countries like Greece and Italy. And Germany has a newly-founded party that's pushing to leave the eurozone.

It's indeed an all too real risk that Europe might fail due to a lack of support from its citizens, Wieland said. What needs to be done? "We need to talk about the good things again. That was surely neglected. We have too many people who say 'Yes, but' all the time. If you remember where our continent has come from we are in an extraordinary situation right now." The vision of Europe being a peaceful continent is still alive. 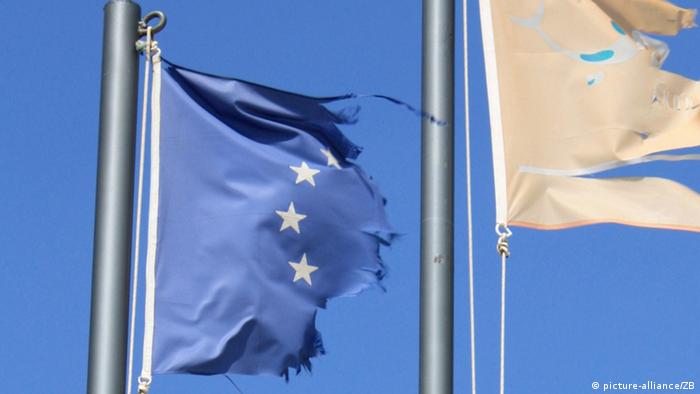 Europe's democracy needs to be strengthened, or anti-European parties will tear it apart

Steinruck calls for more honesty when it comes to Europe. "What's good about Europe needs to be addressed. People tend to forget that our jobs and our prosperity depend on Europe."

It's a common problem that national politicians attribute Europe's successes to their own policies, whereas they blame failures on Brussels. That's a well-known pattern for explaining why the EU is not popular.

But it's not enough to explain the mistrust regarding Europe's institutions. According to Torreblanca, it's mostly a crisis of legitimacy. "We need to strengthen democracy," he said. The ability to participate in decision-making processes needs to be facilitated, both at the national as well as the European level, he said.

It is not acceptable that decisions are made in closed-door, night-time sessions of the eurozone, or by technocrats in institutions like the troika, and that parliaments simply wave these decisions through. If these structures are not changed, Torreblanca warned, it will not be possible to contain the virus of euro-skepticism for much longer.

Renowned German philosopher Jürgen Habermas has expressed his doubts about the current state of affairs in the European Union. He sees a need for more cooperation and more democracy. (27.04.2013)