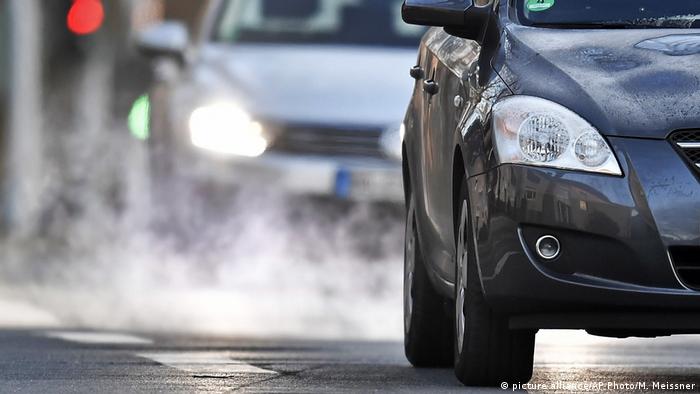 The Environmental Protection Agency (EPA) on Monday announced it would ease fuel efficiency rules for cars that had been put in place under Barack Obama's administration. The move was hailed by automobile manufacturers and criticized by environmentalists.

"The Obama administration's determination was wrong," said EPA chief Scott Pruitt of the 2012 decision to increase average fuel efficiency across their fleet of car models to 54.5 miles per US gallon (4.32 liters per 100 kilometers) by 2025 from 35.5 miles per US gallon in 2016. The increased standards were intended to reduce fuel consumption and therefore vehicle emissions.

The EPA described that goal as "not appropriate" and said that the EPA under Obama had "set the standards too high" in an evaluation process that didn't comport with reality."

The environmental agency in the Donald Trump administration will now revise the vehicle emissions standards for vehicles in the 2022-2025 model years, a request that had been sought by automakers.

The Alliance of Automobile Manufactures, which represents major carmakers such as Ford, Toyota and Volkswagen, among others, cheered the Trump administration's decision to scrap the Obama-era fuel emission standards. 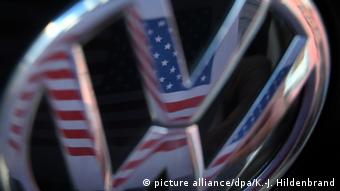 Volkswagen has operational facilities in the US, as well as a production plant

"This was the right decision, and we support the administration for pursuing a data-driven effort and a single national program as it works to finalize future standards," the industry group said. It added that the lowering of fuel standards would "keep new vehicles affordable to more Americans."

Carmakers had argued that the higher fuel standards would have raised the price of cars due to the costs associated with developing the technology to meet the required emissions levels.

Read more: Big carmakers, big profits? The US has it figured out

However, environmentalists warned that the Trump EPA's decision to roll back the standards would increase fuel costs for American drivers and could reduce the competitiveness of US carmakers.

"Designing and building cleaner, more cost-efficient cars is what helped automakers bounce back from the depths of the recession and will be key to America's global competitiveness in the years ahead," said Fred Krupp, the president of the Environmental Defense Fund.

John Foley, the executive director of the California Academy of Sciences, a scientific and educational institution, argued that the move "wastes money" and would result in pollution, illness and death.

California vs. the Trump administration?

California was also in the crosshairs of the EPA's announcement on Monday. The Obama EPA had allowed the western state to impose more stringent vehicle emission standards through a waiver under the Clean Air Act. Pruitt said that the EPA was in the process of re-examining that waiver.

"One state cannot dictate standards for the rest of the country," Pruitt said. "EPA will set a national standard for greenhouse gas emissions that allows auto manufacturers to make cars that people both want and can afford — while still expanding environmental and safety benefits of newer cars. It is in America's best interest to have a national standard."

Doing away with the California waiver would likely set the stage for a legal battle between the traditionally Democratic state and the Trump administration. 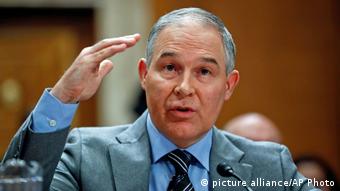 Pruitt may be toeing the White House line on the environment, but his housing dealings have put him under the administration's microscope

California Attorney General Xavier Becerra described the EPA's announcement as an "assault" on fuel economy standards. "We're ready to file suit if needed to protect these critical standards and to fight the Administration's war on our environment," Becerra said.

The Trump administration has consistently scaled back regulations across many sectors including the environment, with the decision to pull the US out of the Paris international climate accord a prominent example.

The rollback was not the only EPA-related news on Monday: The White House also announced it was investigating the activities of EPA head Pruitt after the Wall Street Journal reported that he had paid below market rates to live in an apartment owned by a lobbyist who has dealings with the EPA.