Trump blasts US states for refusing request for voter data

At least 27 states have refused to comply with a White House request for voters' sensitive information, including voting history. Rights groups have described the commission's work as a "campaign to suppress the vote." 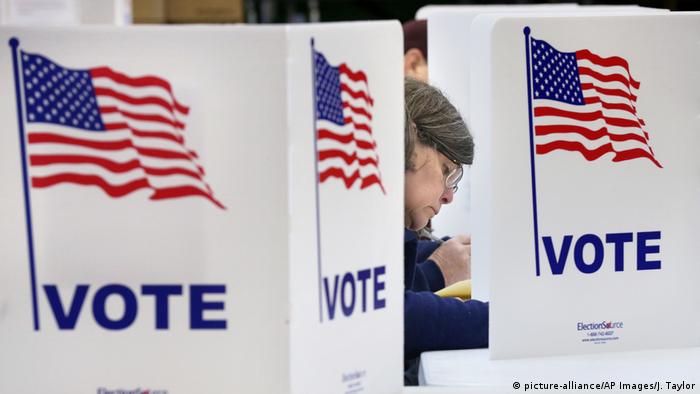 US President Donald Trump hit out at several states on Saturday after they refused to fully comply with a request to hand over voters' data to a commission investigating his unsubstantiated allegations of electoral fraud.

"Numerous states are refusing to give information to the very distinguished VOTER FRAUD PANEL. What are they trying to hide?" he said on Twitter.

On Wednesday, Trump's Presidential Advisory Commission on Election Integrity sent a letter to all 50 states requesting the information as part of its probe.

By Saturday, at least 27 states said they would not or could not provide all of the information, such as social security numbers. Several state officials said the requests were unnecessary and violated privacy.

Read more: No, most working-class Americans did not vote for Donald Trump

"Wholesale public disclosure of individual voter records would be inappropriate, and it is contrary to Pennsylvania law," said Pennsylvania Governor Tom Wolf.

"In addition, I have serious reservations about the true intentions of this effort in light of the false statements this administration has made regarding voting integrity, the historical suppression of voting rights and the way such data has been used in the past."

Shortly after his divisive victory in the US presidential election last November, Trump claimed he would have won the popular vote if it had not been for the "millions of people who voted illegally" for then-Democratic presidential candidate Hillary Clinton.

In May, he established the Presidential Advisory Commission on Election Integrity by executive order in order to investigate his claims of widespread voter fraud. He chose Vice President Mike Pence to lead the commission with Kansas State Secretary Kris Kobach as vice chairman.

Kobach has backed tough voter-identification laws in Kansas, a move critics have said undermine the electoral process for minority groups and low-income families, who often vote for the Democrats.

However, according to the American newspaper Kansas City Star, Kobach said his own state would not provide the commission with social security numbers.

"States are right to balk at turning over massive reams of personal information in what clearly is a campaign to suppress the vote," said Dale Ho, director of the American Civil Liberties Union (ACLU) Voting Rights Project.

Democrats need to win back Trump supporters by fixing their own mistakes instead of taking potshots at the president, a US studies scholar told DW. He also explains why Barack Obama and Hillary Clinton were out of touch. (14.06.2017)