TripAdvisor relaunches as a social network

The world's largest travel portal, TripAdvisor, has completed its long-announced transformation into a social travel network. At its launch on November 13, however, there was still no final version. 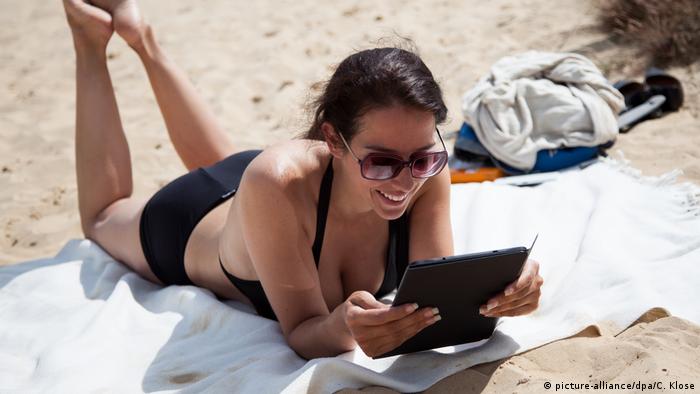 This is how the travel rating portal with the owl has been known for years: If you are planning a holiday in Berlin, for example, TripAdvisor will show you popular sights, museums, hotels or restaurants. Private individuals who have already visited these places recommend them to other users — or warn them against doing so.

And now it is relaunching as a social travel network. The previous personal ratings have automatically been transferred to the new "travel feed," the heart of the site, which is strongly reminiscent of the Facebook news feed. Photos, videos or link posts can now be shared with other users inside and outside the platform, such as Facebook friends. On the right side of the page you can also click on a few interesting people to follow them. The travel feed will then automatically include their recommendations and suggestions for their own favorite travel destinations. 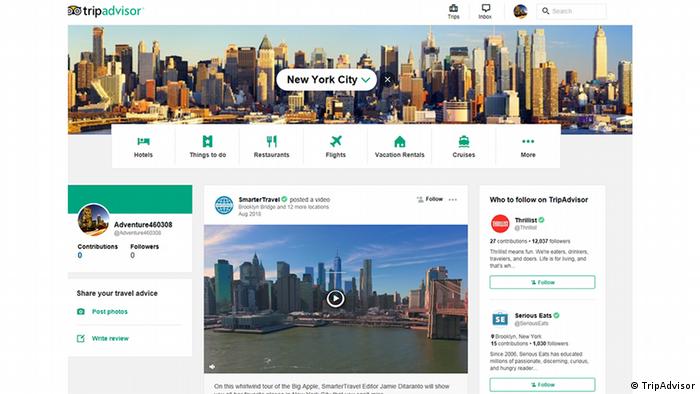 Whether it's Google, Yelp, Holiday-Check or TripAdvisor, rating portals are the new big players in the tourism market. TripAdvisor wants to leave the competition behind with its new features. These include savable lists in which travel destinations can be collected and marked on maps, which means that everyone can arrange, store and share, for example, their own travel guide or travel route — privately or publicly.

TripAdvisor wants to become the central point of contact for travel planning, according to the company's declared goal.

"So far, there is no social network dedicated exclusively to travel. We want to bundle and share inspirational content such as videos and small travel guides from people whom travelers trust, such as their friends or influencers," TripAdvisor spokeswoman Susanne Nguyen told DW.

The core of the website, consisting of evaluations by private individuals and best-of lists according to user votes, has also been extended. 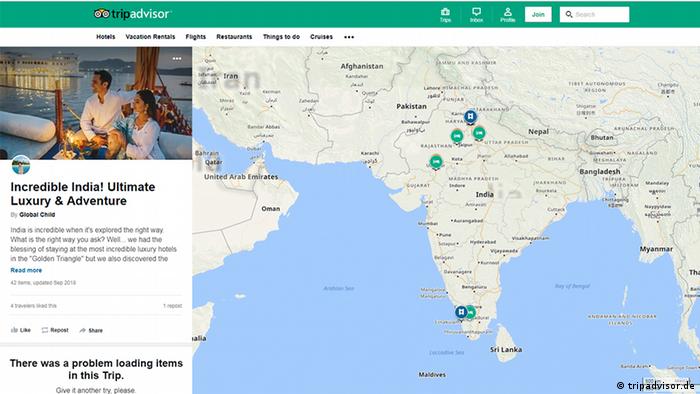 Other users' itineraries can now be called up directly (Screenshot TripAdvisor)

Bloggers, as well as media partners such as National Geographic or the British newspaper The Independent are now represented on the revamped site. With their reports and videos, they are expected to provide high-quantity and high-quality content.

The new TripAdvisor also relies on bloggers and so-called influencers, people who have access to a large audience and can persuade others by virtue of their authenticity and reach.

How influential they really are is not clear. A new study presented by the organizers of the major travel trade fair World Travel Market at the beginning of November indicates that only 3 percent of the British travelers who were surveyed relied on an influencer when booking a trip.

What began in the year 2000 in the US as a four-man startup in rooms above a pizzeria in Needham near Boston has long since become a billion-dollar stock exchange company with 450 million visitors a month and ratings in around 30 languages.

TripAdvisor spokeswoman Susanne Nguyen describes how the idea of the startup came about: Harvard graduate Stephen Kaufer, co-founder and now CEO, wanted to book a hotel in Mexico. After a long search on the internet, he found a traveler's feedback in a chat room. The catch: The hotel made a very different impression than the descriptions in the travel brochure. The business idea for TripAdvisor was born, which sought to gather real ratings from individuals rather than PR from travel companies. 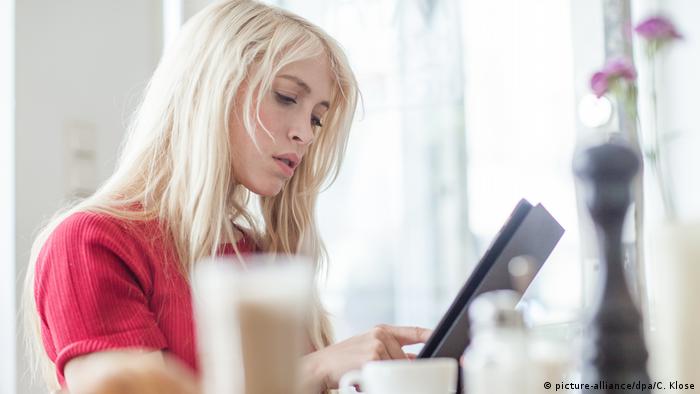 TripAdvisor promises up to 30 percent savings on hotels

The company generates revenue with advertisements and links to booking platforms such as "Booking" or "Expedia." If you want to travel to Berlin, for example, you can use TripAdvisor to compare prices for hotels.

In 2017, TripAdvisor had to deal with significant losses in sales and profits. The year 2018 is now expected to bring a turnaround thanks to the reorganization of the company, with less advertising money for Google ads and with the relaunch of the website as a social network.

But even if TripAdvisor now becomes a social network, one of its fundamental problems remains unresolved. As recently as September, the British newspaper The Times wrote that up to a third of TripAdvisor's assessments could be falsified.

The World Travel Market study also shows that TripAdvisor, as a long-standing, well-known source of inspiration and information for travelers, continues to have to deal extensively with reservations about fake reviews. And yet positive or negative evaluations of dubious companies are still being offered for sale — a problem TripAdvisor is trying to get to grips with.

The new model with influencers on TripAdvisor could aggravate this credibility problem. Influencers can surround themselves with fake followers that make the influencer and their rating appear far more important than they actually are. 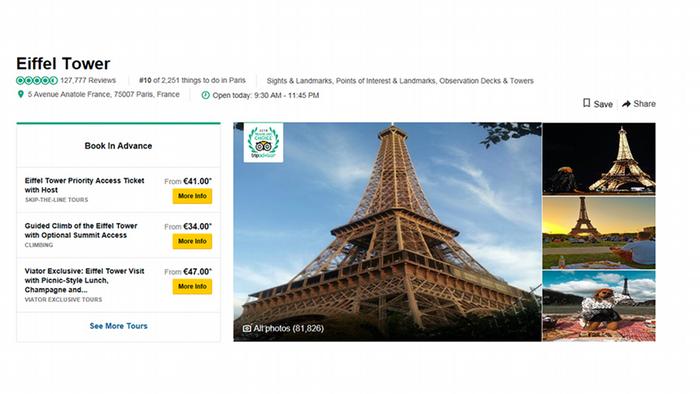 The new TripAdvisor is now available in all languages, in a simplified beta version. TripAdvisor spokeswoman Nguyen assures us that the beta version will be further adjusted and improved in the coming months.

With its millions of travel videos and photos, TripAdvisor actually has the potential to become a successful social travel network. However, it remains to be seen whether users will accept this additional social network platform.