Ever since its revolution, Libya has been riddled with tribal conflict. The state remains powerless in the face of weapon proliferation and violence. Societal fragmentation seems inevitable. 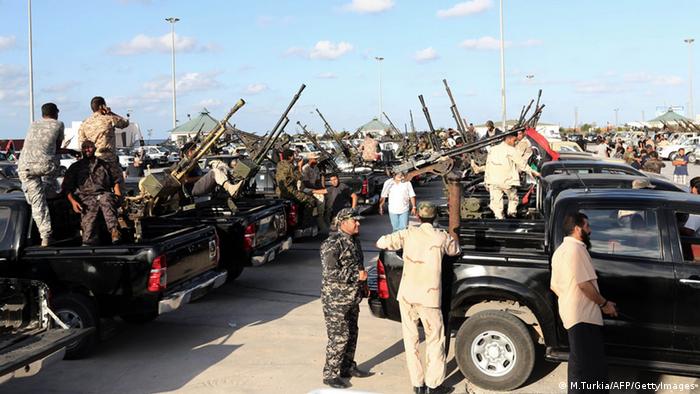 At the entry to the village of Bani Walid, someone scrawled "Allah, Muammar, Libya and nothing else" on a wall. It's a battle cry among Gaddafi supporters and one that's been frowned upon ever since the rebels' victory. The residents of the mountain village, which is roughly 170 kilometers (106 miles) south of the capital Tripoli, look upon them as losers of the revolution. The privileges of the once mostly Gaddafi-loyal residents have vanished since his downfall.

The Warfalla, Libya's largest tribe, play a dominant role in Bani Walid. Along with the Qadhadhfa, former ruler Muammar al-Gaddafi's tribe, the Warfalla used to be especially powerful. By way of tribal relations, Bani Walid is connected to the former Gaddafi stronghold Sirte on the Mediterranean coast and to Sebha, capital of the country's southwest region. In all three towns, the majority supported the regime in 2011.

Bullet holes are just one sign of destruction in Bani Walid

Destruction can be seen everywhere in Bani Walid. In 2011, NATO troops bombed the town, and after a further state-ordered military attack in October 2012, Bani Walid looks like a ruinous fort. It became a target because of tensions with the port city of Misrata, a stronghold of Gaddafi's opponents.

The conflict between Misrata and Bani Walid is just one example of local rivalries all across the country. Most of them originate where armed ethnic groups fight for influence, land and resources. The interim government is mostly powerless to stop such disputes. One reason for that is the state's attempt to integrate whole rebel groups into the army. Many of those groups prioritize the interests and commands from their tribes over the national good.

What begins as a skirmish often turns into days of battles and, ultimately, the displacement of the weaker group. Tribal feuds have existed for centuries. But Gaddafi aggravated existing tensions by favoring certain tribes and villages and resettling certain ethnic groups. 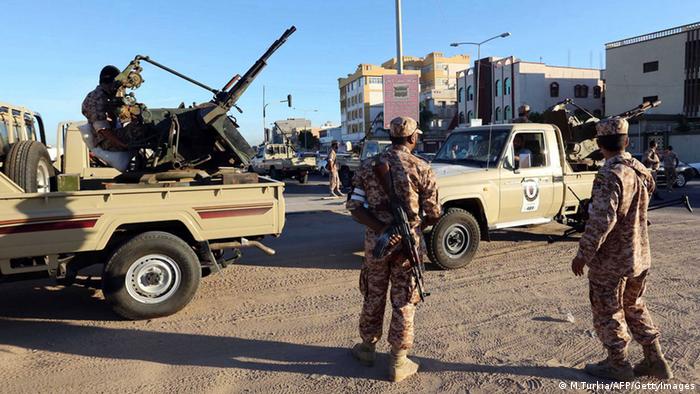 Guns and violence are omnipresent in Libya

After Gaddafi's ouster and death in October 2011, the rebels began seeking retribution for war crimes. All 30,000 residents of the former Gaddafi-stronghold Tawergha were arrested, chased away or killed by rebel troops from the neighboring Misrata. The city has been deserted ever since.

Settling scores from 40 years of dictatorial rule keeps the cycle of violence alive. Some of the landowners whose land was confiscated by Gaddafi are resorting to violence to reclaim their estates. Tribes like the Awlad Suleiman, which faced repression under the dictator, are now pushing to the fore.

Many people in the town of Sebha feel threatened by the uprising. "Returnees and intruders control the city council and blackmail the government," landowner Hussein Mohamed, who is among the wealthy in the area, complains. He doesn't have much sympathy for the Awlad Suleiman, whom he considers rioters. But even they, he says, are better than another group known as the Toubou.

Members of the Toubou ethnic minority live in Chad, Niger and Libya and are considered by most Libyans to be invaders. Even those who were born in Libya can't escape this stigma. "Disposition is hereditary - a thief can only beget other thieves," Hussein Mohamed says dismissively of the minority group. Racism is rampant across Libya, especially towards African migrants and the black Toubou. 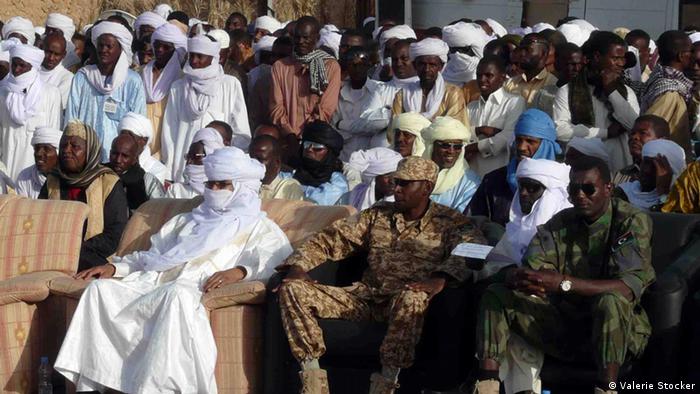 "My skin color is supposed to determine whether I'm from here?" Sidi Kella, a tradesman from Murzuq, asks incredulously. "I'm more Libyan than many Arabs!"

Others use sarcasm. "Hey, you Chadian mercenary!" quip two young men as they greet each other on the street.

The Toubou expect little from their fellow citizens and from the state. Mostly, they rely on the military power they gained in 2011. "You could be as revolutionary as you wanted, but without a Kalashnikov, you were nothing," recalls Hassan Shaha, a fighter in Ubari, located southwest of Sebha.

The time of the revolutionaries seems to be over, but the era of prevalent arms isn't. In Sebha, there are bloody clashes between members of the Toubou and of the Awlad Suleiman on a regular basis.

The minorities - Berbers, Tuareg and Tubu - want more say in their fates and are increasingly threatening violence if they continue to be ignored. Their representatives have already quit parliament in anger after no agreement could be reached on Libya's new constitution.

In Ghat, a city in the western Fessan region, the Libyan Tuareg tribes recently held an assembly and set up a committee to represent their interests. "Our demands are humble," Ghat's mayor Mohamed Abdelqader says. "We call upon the state to support our culture and language, to give us more state jobs and to put money into developing our region. But no one in Tripoli cares for the rest of the country." A Berber activist claims that plans are being made to create a minority coalition to oppose the government.

In eastern Libya, a protest movement is pushing for the independence of the region. Protestors challenge the government by blocking oil ports, and there are reports that similar campaigns are underway in Fessan.

Local leaders in Fessan are asking where the country's patriots are, but the latter, too, are now largely given over to their own tribes' interests.