Libya has morphed into the Wild West of northern Africa just two years after the fall of the Gadhafi regime. In particular, the Libyan Desert has become a sanctuary for radical forces. 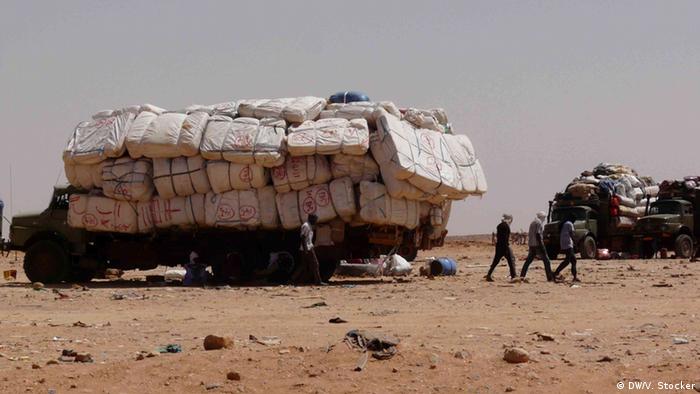 In the middle of nowhere in the Sahara Desert in the town of Isseyen, time seems to stand still. Now that voter registration is over for the upcoming municipal elections, tranquility has returned to the simple offices of the town hall. Visitors only come by for the satellite Internet connection, one of the very few public services provided in this remote area of post-revolution Libya.

But the calm is deceptive. Located southwest of the Tuareg town of Ghat, Isseyen is the last outpost before the Algerian border, a route used to enter the country by smugglers and Tuareg fighters from Mali, including members of AQIM, Al Qaeda of the Islamic Maghreb.

"I saw al Qaeda vehicles there, but the authorities don't want to have anything to do with it," says Hassan Massafer, who belongs to an army unit stationed in Ubari, 400 kilometers further inland. 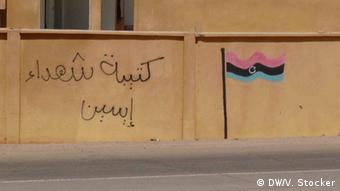 Locals in Isseyen are skeptical. "Recently there were rumors going around that a heavily armed al Qaeda convoy was moving north. But when we looked into it, it turned out to be a local border patrol," says tour guide Abishini Aissa, adding that "as soon as people see Tuaregs with turbans they get scared."

For the people of southern Libya Islamists are not the problem, but rather criminality and turf wars between the drug gangs. "In the desert, it's the rule of the strongest, but in our communities, it is usually safe because we know each other," say several residents of Ghat.

On the other hand, nobody contradicts the general assessment that the security situation in the region is a disaster and that the Libyan authorities have no control over the border region.

Mohamed Abdelkader, the mayor of Ghat, does not beat around the bush when he says, "The borders are wide open. Drugs and weapons flow in and out and the army has no capacity to catch smugglers or extremists." 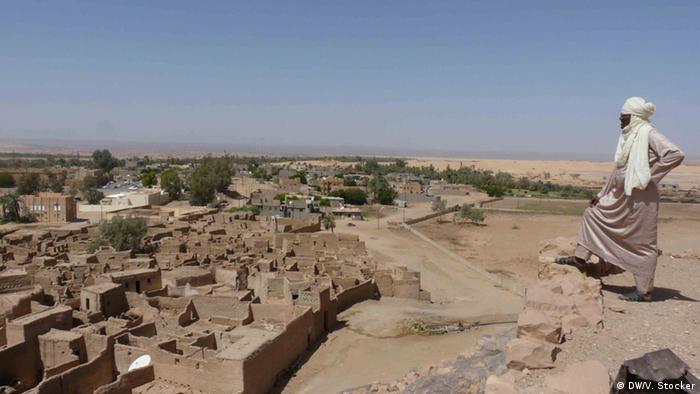 An army, in the conventional sense, does not exist in Libya anyway. Out of fear there could be attempts to overthrow him, Gadhafi, when he was alive, kept the army weak. Currently, national security forces are still in the process of being built up. The transitional government chose to incorporate rebel forces into the military in an effort to demobilize revolutionaries. For the fighters - mostly untrained youngsters - this has brought prestige and a government salary, but they are still not capable of dealing with the demands of the job.

"There are not enough men for border guards and patrols. Normally, passports are not even checked," notes Abdelkader.

Furthermore, the national government lacks authority. Most of the former rebels feel obliged to follow the orders of their direct superiors and the interests of their tribe, their clan and their community.

"The way the army was formed was a big mistake," says Barka Wardougou, who heads the military council in Murzuk in southwestern Libya. He argues that a core forces should have been trained abroad and then distributed across the country to create a professional armed force.

But Wardougou does not only represent Libya; he also represents the interests of his tribe, the Tubu. Because of their cross-border family connections - most of them live in Chad - the Tubu are viewed by most Libyans as dangerous interlopers and often face harsh discrimination. 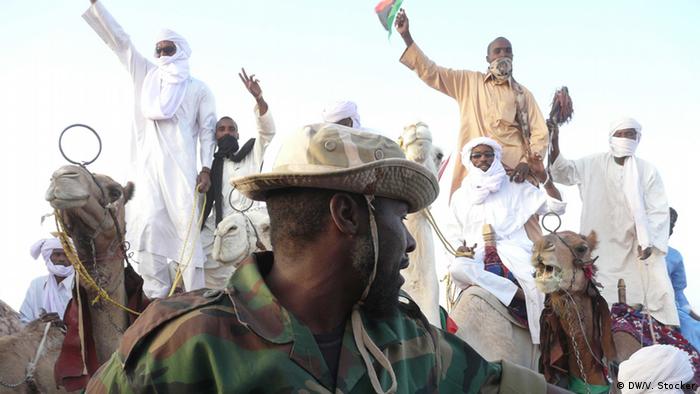 The military provides security at a Tubu folk festival in Murzuk

Colonel Wardougou spent decades fighting a rebellion in the Sahel region and was even the commander of the so-called Sahel Liberation Army in Niger. In his view, the government in Tripoli is a farce because radical forces from Benghazi, the second largest city, are pulling all the strings.

"They have sent us more Islamists [as reinforcements]," says Wardougou. "They want us to believe that they have the border region to Chad and Niger under control. But actually we are the only ones who provide a degree of order and root out the drug smugglers." They never stay long anyway, he adds, because of the harsh conditions in the desert.

The frustration of the local government is palpable and, in Wardougou's view, the national security strategies Tripoli likes to talk about are not worth the paper they're printed on by the time they've reached southern Libya.

Even though the security sensitive Malian elections are now over, Germany's Bundeswehr is still helping to train Malian soldiers. After two months, the instructors appear satisfied. Critics remain unimpressed. (15.08.2013)

Several Libyan soldiers have been killed near the headquarters of a special forces unit during clashes with armed protesters. The head of Libya's army warned of a "bloodbath" as forces try to reign in militias. (15.06.2013)

US orders diplomats to leave Chad as rebels near capital 18.04.2021

The chancellor welcomed President Mohamed Bazoum to Berlin, praising the good things his country was doing while underscoring the difficult challenges it faced — not least the terrorism that dominates the Sahel region.