Transparency International: Corruption watchdog says Germany has work to do | Germany | News and in-depth reporting from Berlin and beyond | DW | 25.01.2022 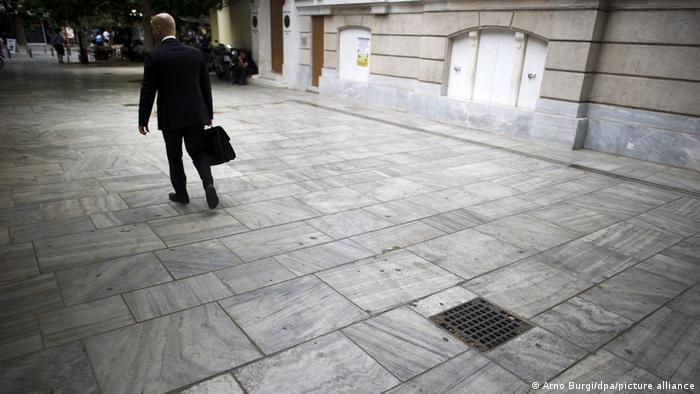 The authors note the score is a more important indicator than the rank, which can fluctuate simply based on how many countries and territories get evaluated. For 2021, 180 governments made the list.

What's in a score?

Germany's score suggests a fairly "clean" perception of corruption in its public sector, which covers elected officials, civil servants, and the extent to which laws and enforcement successfully combat corrupt acts like abuse of power, bribery and theft of public resources.

That is not unexpected for a major, established democracy with robust public institutions and a track record upholding the rule of law. Sixteen of the index's "cleanest" 25 countries are western democracies like Germany, which falls behind Scandinavian states but ahead of its French and Austrian neighbors.

With a score of 67, the United States ranks 27 on the list — behind Hong Kong, Uruguay, and the United Arab Emirates.

While staying put towards the top of the list is better than slipping — Australia dropped by four points since last year — it is also a sign that Germany has not made progress in addressing its weaker points.

"It shows that we haven't come very far in combatting corruption," Hartmut Bäumer, the chairman of Transparency Deutschland, said in a statement. "There are still massive deficits in all aspects of society."

TI's Germany chapter cited last year's so-called mask affair as a prime example of the kind of corruption that Germany remains vulnerable to. Two conservative lawmakers resigned after it was revealed they used their political connections to earn about two million euros ($2.3 million) in a public deal buying masks for the pandemic.

In November, a court in Munich found both not guilty, ruling that the accusations against them did not meet Germany's legal standard for corruption. The former MPs said the payments were the fee they earned as lawyers helping negotiate the deal.

In a statement to DW, a spokesperson for Germany's Justice Ministry said many of Germany's laws governing public corruption — including the one unsuccessfully applied to the MPs in the mask scandal — have been strengthened in the last several years, partially in response to demands from Transparency Deutschland.

Germany's new government, led by the Social Democrats with the support of the Greens and business-oriented Free Democrats, has made further promises to boost transparency and crack down on graft.

"The coalition agreement pledges to more effectively develop the criminal offense of bribery and corruption of elected officials. Within the coalition, we will discuss how we implement this agreement," Justice Ministry spokesperson, Rabea Bönnighausen, told DW.

Members of the government are facing recent transparency issues of their own. Last week, the state prosecutor in Berlin announced it wasinvestigating the Greens national board for "initial suspicion" of embezzlement. The party board members, which includes Foreign Minister Annalena Baerbock and Vice-Chancellor Robert Habeck, received payments in 2020 for pandemic-related costs that the party's own auditor said exceeded internal limits.

A Greens spokesperson confirmed the investigation and told German media that the payments had already been returned.

Limits of the Index

The CPI is a snapshot of how much a country is perceived as corrupt, not necessarily how corrupt it actually is, which the report's authors say is difficult to objectively measure. It also only takes the public sector into account, leaving out the black market and corporate malfeasance.

Major financial scandals like cum-ex tax evasion and the Wirecard probe (which has found Germany's former finance minister and current Chancellor Olaf Scholz at fault) have revealed that Germany's state and federal anti-corruption authorities are understaffed and poorly funded, which have made for spotty oversight and enforcement. They have been slow to react to corruption allegations and in some cases investigated accusers rather than those accused.

The CPI does not cover criminal acts like tax fraud and money laundering. In a 2020 ranking of financial secrecy by the Tax Justice Network, Germany placed 14th. That was an improvement over its 7th spot in 2018, but the network still considered Germany "moderately secretive" and a "large" market for offshore financial services that attract illegal behavior.

Germany's recent improvements on this front are partly due to new requirements by the European Union to combat money laundering, with which Germany has had to align. Still, Transparency Deutschland is looking for more from the government led by Olaf Scholz, a former finance minister who has faced questions about his role in recent scandals.

"Precisely in the areas of economy and finance we would have hoped for more," Adrian Nennich, a spokesperson for Transparency Deutschland, told DW.