A tornado triggered by storms in northern Germany has left scenes of devastation in the town of Bützow near Rostock. At least one person has died with at least another 30 injured as a result of the extreme weather. 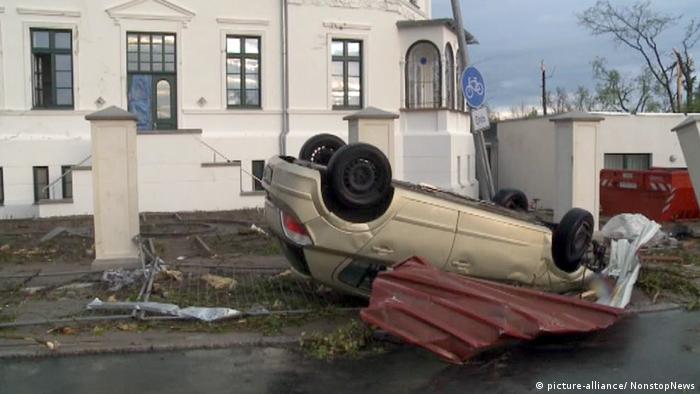 Eyewitnesses in Bützow in the German state of Mecklenburg-Vorpommern reported scenes of flying cars and debris, as bricks and tiles were ripped away from roofs on Tuesday, covering the streets. Part of the town's hospital was also forced to close.

Emergency services in the tiny town of just 8,000 inhabitants were occupied until the early hours of Wednesday morning, with the fire service alone receiving more than 500 calls. 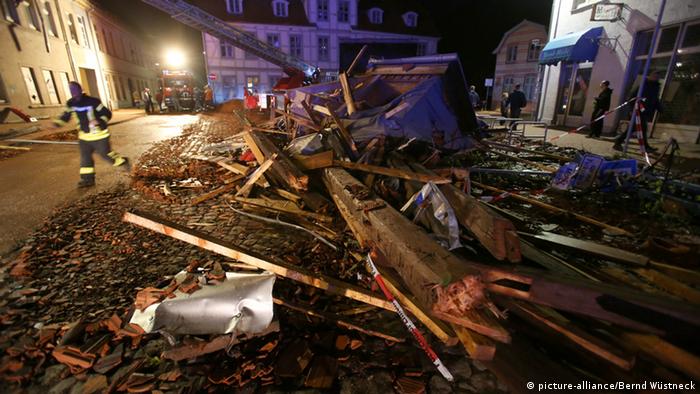 In the nearby port city of Hamburg, a 26-year-old man who was travelling with his pregnant girlfriend died after debris from the city's famous fish market blew onto his car. 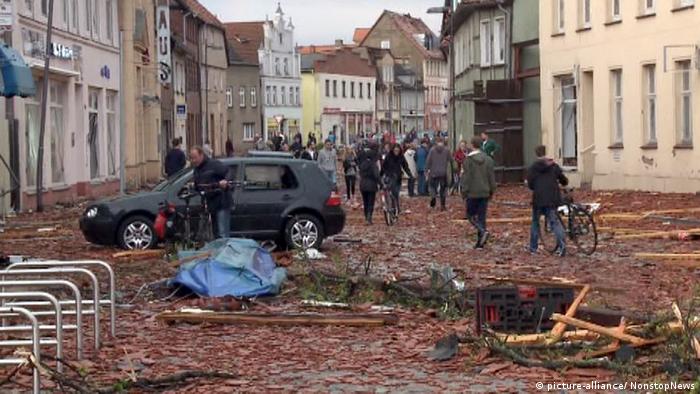 The railway line between Hamburg and Lübeck was also blocked in both directions due to a fallen tree.

The huge storm in the north of the country on Tuesday followed a spell of unusually warm weather across the region.

Weather forecasters have promised blue skies, sunshine and mild weather for the coming week-end. An area of high pressure will gradually drive away the clouds and the south and west can look forward to lots of sunshine. (06.03.2015)

Germany's slopes are currently covered with fresh snow. Both the Alps and the lower mountain ranges offer fantastic conditions. Skiers and snowboarders are in their element. (05.02.2015)