Protection from hackers: How Tor is tightening security | Science | In-depth reporting on science and technology | DW | 23.06.2021

Protection from hackers: How Tor is tightening security

It doesn't get any safer than surfing with the Tor browser. But authoritarian regimes are strengthening their hacking skills. The open source software browser now protects itself with longer addresses. 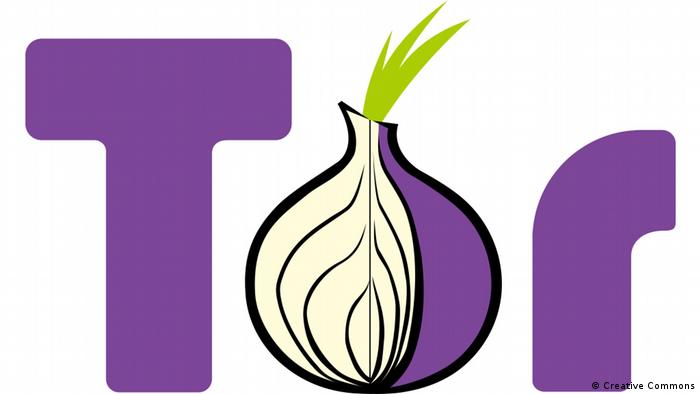 People who value a high level of privacy protection or who depend on this protection for political reasons can access websites using Tor  without leaving any traces on the net. With a Tor browser, users' internet traffic is automatically routed through several Tor servers, which ensure anonymity through encryption. Only then does it go to the actual destination: the web server users intend to visit.

This process is called routing. Tor actually stands for "The Onion Routing" because the Tor servers layer their encryption on top of the encryption of other servers — reminiscent of onion layers.

Tor is secure by design. For this reason, there have hardly been any major security incidents to the detriment of users. Its browser, which is based on the Firefox browser, is continuously developed and secured by the free, open source Tor project.

Content providers who want to offer their content directly in the Tor network operate an "onion service." This is a web server that is directly connected to the Tor network. These websites can be recognized by the extension .onion and can only be accessed via the Tor browser.

Deutsche Welle has also been operating its own onion service  for some time, making it easier for users all over the world to access free media anonymously — especially people who fear repression for using such free media. Tor can also be a useful tool for journalists, for example when they cannot conduct regular research because they are being persecuted by state actors  and intelligence agencies. This is crucial because fear of surveillance alone can quickly lead to self-censorship.

Tor not only protects users' anonymity, but also offers them paths to free information in censored markets.

For example, authoritarian states often block content from international information providers such as DW, the BBC and The New York Times. With Tor, this state censorship can be circumvented.  The previous web address of Deutsche Welle was: https://dwnewsvdyyiamwnp.onion.

But this is now changing.

As you can probably already tell from the long and difficult-to-read onion service addresses, cryptography is involved here. Tor does not have a central domain system which forwards readable web addresses like dw.com to the IP addresses of computers.

Address allocation is decentralized and consists of a cryptographic key. This makes it particularly secure. Part of this key is the onion service address.

Attackers can get hold of such a key by brute force. So far, they have mostly used these attacks to hack passwords.

The longer the key or password, the more computing power is required and the more difficult such an attack becomes.

It is precisely this massive computing power that is now available to some authoritarian regimes — in the form of Bitcoin mining farms. In recent months, computing capacity has grown very quickly in countries such as China and Iran.

As a result, the Tor project has decided to only support addresses with a length of 56 characters and has adopted the "Onion v3 standard" for this purpose. Addresses in the new standard are considered secure for the next few years, not only because of their greater length, but also because of other modern cryptographic functions.

DW's new onion service address as of now is:

Because these v3 addresses are very difficult to read and remember, it is also sufficient to enter the publicly known addresses in the Tor browser — for exampl:e dw.com. The browser then offers to use the complicated Tor address once and automatically on future page requests.

But be careful: This procedure means that you briefly leave the secure Tor network, so users who need the highest level of anonymity should only use the long cryptographic v3 Tor address.

What is disinformation — and how can you fight it?

Conspiracy theories, doctored photos, fake news, bot-boosted messages designed to elicit an angry reaction. Disinformation abounds in free societies, but there are steps you can take to fight it, says Ingo Mannteufel.