Top of the flops: Highlights of the Museum of Failure in Sweden

A plastic bicycle, Harley Davidson perfume, a Trump board game - they're all part of the repertoire at Sweden's Museum of Failure. It presents flopped innovations to show that mistakes are part of the creative process.

"No risk, no fun" - it's a saying whose truth could be disputed, but which everyone has heard in their lives. Sweden's new Museum of Failure shows innovations whose creators risked, but which ultimately failed.

More than 60 innovations from around the world which were not successful are now on show at the museum in the Swedish town of Helsingborg. But one shouldn't be misguided that the name of exhibition is meant sarcastically - quite the contrary. 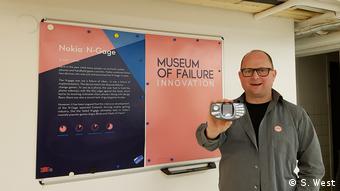 "Failure is necessary for innovations; it's an important part of the development process," museum director Samuel West recently told US news channel CNN. Learning from mistakes is essential, so they should not be demonized. That wisdom is what sparked the idea for the museum.

Some good, some bad

The reasons that the items exhibited in the museum ultimately failed are diverse. Some of them are societal or financial. But some of the pieces just simply didn't work properly from the beginning - like the Swedish battleship "Vasa" that sank in calm oceans on its virgin voyage in 1628. Or the pen for women - an absurd idea. 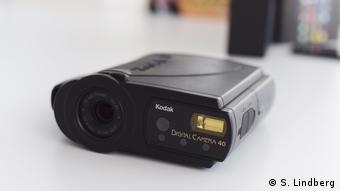 Kodak digital camera - a good product at the wrong time

That was not the case with the first digital camera, produced by Kodak. It was actually a successful product, but entered the picture in unfortunate circumstances. Shortly after it came to market, Kodak announced bankruptcy. The company had invested in producing printing machines for photographs and various accessories, a model that was discontinued. It was a testimony of a fast-paced, risky market economy.

The museum aims to provide a platform for these failed ideas to show how people can learn from mistakes, but also to reflect reality: "Nearly 90 percent of innovations do not succeed," said West. Given the countless museums that exhibit success and celebrate it, the Swedish counterpart is a welcome relief.

The new trends in art production in Germany

A joint exhibition held in three museums in Hanover demonstrates how artists are working in Germany today. The show focuses on the current conditions of art production in the country. (07.06.2017)

The artistic evolution of Pink Floyd at London's V&A

Now legends, Pink Floyd were born during a time of upheaval in the 1960s - and are now the focus of an exhibition at London's V&A. DW found out how their album covers were made and what the show has to do with Beyoncé. (15.05.2017)