Iraq’s top Shiite cleric has called on Prime Minister al-Maliki to ensure sectarian reform at the highest levels. His message echoed proposals from US President Obama and other leaders who fear a civil war will erupt. 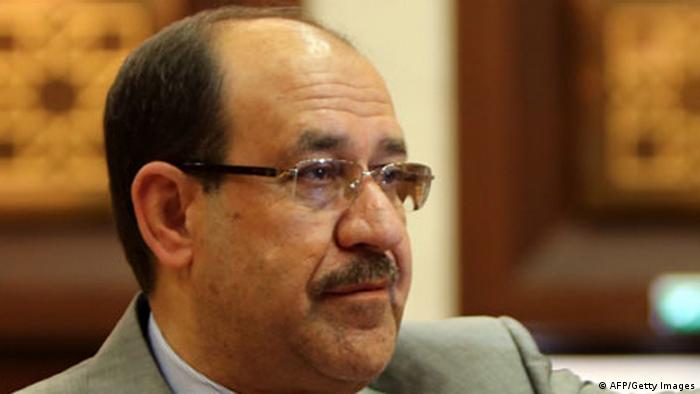 Iraq needed to form a new "effective" government, Grand Ayatollah Ali al-Sistani said on Friday, according to his spokesperson.

Obama and Cameron both stressed the previous day that Iraq could not solve its current armed conflict without a feasible political solution. They were effectively telling al-Maliki to build a more inclusive government that gave a voice to Iraq's minority Sunnis and Kurds or to let someone else have his post who could.

The Shiite cleric's words on Friday added significance to the political pressure on the Iraqi prime minister, as the Grand Ayatollah is held in high esteem by Iraq's majority Shiite population. Last week, his call to arms prompted thousands of his countrymen to volunteer to fight against ISIS.

The Islamic cleric also urged Iraqis to remain wary of the threat posed by Sunni militant group ISIS to their nation.

If ISIS weren't "fought and expelled from Iraq, everyone will regret it tomorrow, when regret has no meaning," Grand Ayatollah Ali al-Sistani said.

The US has said it would be prepared to conduct a "targeted" airstrike depending on the situation on the ground. However, it stressed that it has no intention to redeploy troops to Iraq.

Since early last week, ISIS has seized control of a series of towns, the largest of which, Mosul, has two million inhabitants. The armed rebels continued their push toward the south of the country, coming within 60 kilometers (40 miles) of the Iraqi capital Baghdad on Wednesday.

By Friday, reports of fighting emanated from several areas of Iraq.

Some 34 Iraqi security forces were killed in fighting in Al-Qaim, a town near the Syrian border, according to news agency AFP, which also reported that families were fleeing the town as militants took control.

There were also reports of an impending offensive by the Iraqi military, which is now seeking to retake northern towns.

"Today we are coming in the direction of Tikrit, Shargat and Nineveh," said Governor Abdullah al-Jibouri, as quoted by the Reuters news agency. Tikrit is the capital of al-Jibouri's governate, Salah ad Din.

"These troops will not stop," he added.

In an effort to bring in soldiers, the Iraqi government has ordered a monthly income of 500,000 dinars ($447 or 329 euros) for volunteers to help bolster its weak military.

The swath of land now under ISIS control has raised fears that the al Qaeda-linked group may accomplish its goal of carving out an "Islamic emirate." The area would include parts of Syria, as well, where its own militants have infiltrated groups of fighters seeking the ouster of Syrian President Bashar al-Assad.