As Iraq descends into chaos, Kurdistan's stability and security seem to offer the chance to push for further autonomy - or even the seeds of a new nation state. But a Kurdish independence drive faces daunting challenges. 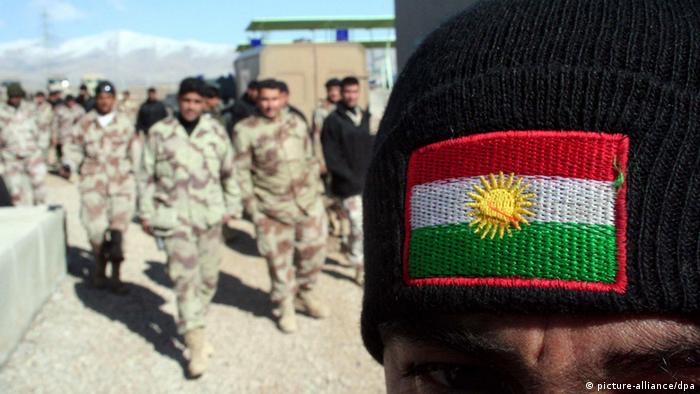 As much of Iraq descends into chaos, the northern autonomous Kurdistan region remains an oasis of calm. Although Kurdish forces have been involved in fighting in the so-called disputed areas around Kirkuk, and Kurdistan has taken in hundreds of thousands of those fleeing the violence in Mosul, Samarra and Tal Afar, life in the region continues as normal. This stability in the face of the sectarianism engulfing the rest of Iraq seems to offer the Kurds an opportunity to consolidate and strengthen their small but secure enclave. Last week's takeover of the long-contested disputed, oil-rich city of Kirkuk and its surrounding areas by Kurdish Peshmerga forces bolsters that impression.

Some observers predict full-blown Kurdish independence by the time the dust settles. But while the dream of an independent Kurdish state is an article of faith for Kurds across the world, there are those who question whether this is the right time to try and realize it. 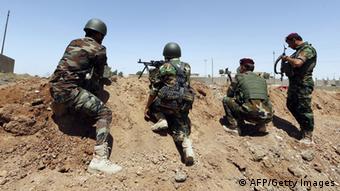 Kurdish forces have managed to keep the region secure

"Iraq 2.0 has started, and it has new rules and logics," Hiwa Osman, a columnist, blogger and former media advisor to Iraqi President Jalal Talabani, told DW from his home in Erbil, the capital of the Kurdistan region. "If it's going to produce a new independent Kurdistan region, it will depend a lot on the neighbors, the international dynamics in the region, how the central government is going to handle this crisis. It will depend on this region, on the new region to our south, and on internal Kurdish politics.

"Let's face it, if tomorrow they say, 'Okay, Kurds, go ahead and have your independence,' how do we do it? Where's the oil going to go? What does Iran think? What does Turkey think? How do they deal with this new reality?"

Those questions have apparently not been lost on the Kurdistan Regional Government (KRG). It has remained cautious.

"At this stage, we have not put forward independence as our objective," says KRG Minister of Foreign Affairs Falah Mustafa Bakir. "What we want, and what our priorities are, is defending this region, protecting our people, providing better services. What we want is to have more economic power, more political power and to be in charge of our own destiny."

If Iraqi Prime Minister Nouri al-Maliki had been more willing to cooperate with the country's different political and ethnic groups, Mustafa says, the country would not be in the mess it's in today. 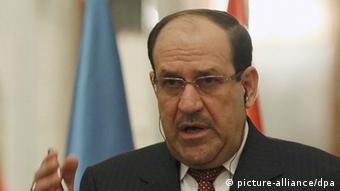 In addition to the question of regional dynamics, the Kurds need to assess whether or not they can afford to walk away from the 17 percent share of Iraq's central budget to which the country's constitution entitles them. An ongoing dispute between the KRG and Baghdad over oil contracts has led to Baghdad refusing to send funds to Erbil, and the region has suffered, with civil servants and Peshmerga forces going unpaid and non-essential services drastically reduced.

The KRG is putting its economic hopes on its oil. The region sits on an estimated 45 million barrels and it has substantial gas reserves. Under the current system, Kurdistan only gets a 17 percent share of the revenue from Kurdish oil but in addition it gets 17 percent of Iraq's total oil revenues. Right now, it's still unclear whether 100 percent of the profit from Kurdish oil sales would match what Kurdistan currently receives from Baghdad. 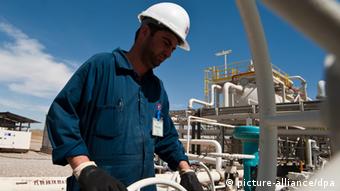 The question of how Kurdistan would transport its oil to the international market is vital, says Rod Thornton, a defense expert at Kings College London, who previously taught at the University of Kurdistan Hewler in Erbil.

"The only way that the KRG can finance itself [without Baghdad] seems to be through the new pipeline," Thornton says, referring to the new route that began exporting oil to Turkey last December. "So Turkey must be laughing. Ankara has the KRG by the short and curlies. The KRG can only export and sell its oil with Turkey's say-so. And Turkey might say 'Stop supporting the Kurds in Syria,' which will not go down too well in some quarters in Erbil."

While there is another northern export pipeline to Turkey that originates in Kirkuk - which itself sits on around 12 percent of Iraq's total oil reserves - the Islamic State of Iraq and Syria keeps blowing it up, Thornton says, adding that "seizing Kirkuk won't mean much unless they can get the oil out."

Foreign Minister Fallah Mustafa, however, says that Kurdistan will be self-sufficient towards the end of this year: "We will reach the stage where it will be equal to what we were receiving from Baghdad." The revenue, he says, will come from the oil, "but also we are trying to diversify our economic sources. We are paying attention to the private sector; we are focusing on agriculture, industry and tourism to be other sources of generating revenues. We have a healthy economic policy."

But the economy is not the only decisive factor for an independent Kurdish state: Kurdistan's fraught internal politics play a role too. 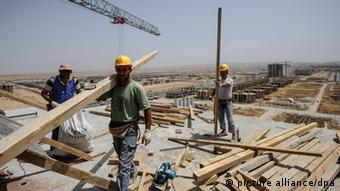 The economy has prospered in Iraqi Kurdistan in recent years

Just a few years after Kurdistan secured its autonomy in 1991, a violent and bloody civil war broke out across the region between rival political parties - the Kurdistan Democratic Party (KDP) and the Patriotic Union of Kurdistan (PUK). The two parties formed a strategic alliance after the end of the civil war in 1997 and have been jointly running the KRG ever since. The PUK's fortunes have waned in recent years, however, with former members establishing their own Gorran, or change, party, while PUK leader Jalal Talabani hasn't recovered from a stroke he suffered in late 2012.

Kurdistan's political factions only managed to form a cabinet this week - nine months after regional parliamentary elections - in part due to the PUK's reluctance to accept that it has been relegated from the big leagues. And with Kirkuk, a PUK stronghold, now under the control of Kurdish forces, renewed political infighting seems inevitable, should Kurdistan make a move toward becoming a fully independent state, particularly given the party's close ties to Tehran, which has adamantly opposed the break-up of Iraq.

Furthermore, the rise of Islamism underway in the region would affect any attempts at creating an independent state, Osman says, as it threatens to be another destabilizing factor in the region.

"In Kurdistan you [are seeing] more beards, more hijabs - do a simple scan in the region and you see how many radio stations are preaching Islamic stuff. For Kurdistan to have its independence, it cannot be achieved through wars. They have to go into negotiations. And to go into talks needs a very stable and solid region. The Islamists, in their radicalized form, could destabilize things for us."

Working for the future

Ultimately, the Kurds, like everyone else, are waiting to see what happens when the current crisis plays itself out. 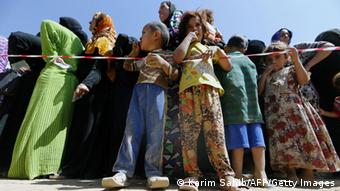 Kurdistan is a safe haven for many

"Right now," says Fallah Mustafa, "we don't know what's happening in Baghdad - whether there's still a state in Baghdad or not. What kind of Iraq will we have? That will be determined once the situation is clarified. In a country that is bi-national and multiethnic you have to find a proper resolution to the problem - the Kurds, the Sunnis, they have to feel that they are partners. If this has been a lesson, then there is hope, but certainly the situation will not go back to the pre-Mosul era."

But the Kurds are not going to be the ones to pull the trigger on the division of Iraq, Mustafa says.

"We don't want to be blamed for the break-up of Iraq. We will remain where we are, but our focus will be on our people and our land. The past has been bitter; we have been divided. But we were expecting that the future would be better, and that's why we are working for the future."

Maliki's enemies are not just ISIS

It's not just ISIS terrorists who oppose Nouri al-Maliki's government in Iraq. Several groups have been venting their frustrations over his Shiite-dominated government in Baghdad. (19.06.2014)

Iraq's Kurdish capital has been flooded by Iraqis driven from their homes for fear of fighting between the Sunni militants of ISIS and the government. But being a refugee is difficult, so some are already heading back. (17.06.2014)