Jang Jin-sung was the official state poet to the Kim family in Pyongyang and part of the nation's elite, before he defected in 2004. Today, he believes the conditions that will end the regime he once served are in place. 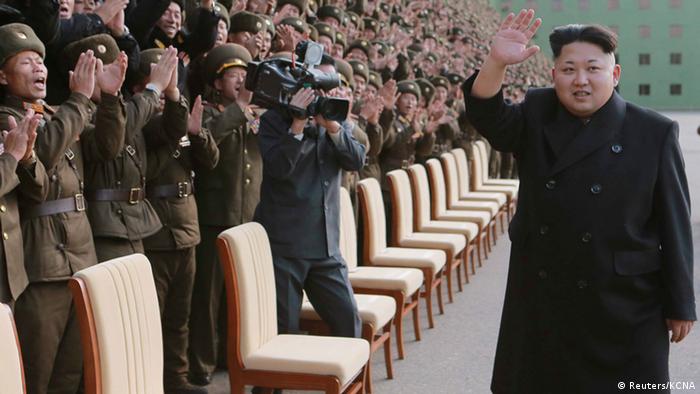 Jang says there have been two "watershed psychological moments" in recent North Korean history that together strongly indicate that the regime of Kim Jong-un will end in an implosion. At most, he says, the present dictator of the world's most reclusive nation has seven years.

The first event to rock North Korean society was the sudden death of Kim Jong-il, in December 2011. The demise of a man known as "The Dear Leader" meant his son and successor, Kim Jong-un, assumed the leadership of the nation much sooner than expected and with far less experience than his father would have hoped.

That lack of experience may have been to blame for the second "watershed" moment, the public arrest and subsequent execution of Jang Song-thaek for crimes against the state. Seen by many as the mentor of Kim Jong-un, Jang's execution was apparently designed to demonstrate to the North Korean people that no-one was safe from the young dictator's wrath.

"Those occasions were powerful and irreversible because they shattered the core belief the North Korean people have had in the Kims and their system," Jang told DW.

"The execution of Jang destroyed the image of the 'supreme family' being infallible, and that means that ordinary people are now quietly questioning Kim Jong-un and his decisions and actions - and that would have been unthinkable under his father," he added. 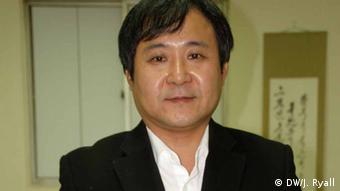 Furthermore, the young Kim is "neither revered by the people nor worshipped as the leader of the nation," Jang stressed, pointing out that public disdain for Kim is ingrained to the point that people are altering the way they utter his name to make it sound like a woman's name.

Such disrespect for the two previous Kims would not have been attempted - let alone tolerated.

Jang believes, the latent dissent and internal instability will, sooner or later, lead to fracturing within the regime. "When Kim Il-sung died, a lot of people believed there would be instability and that the regime could collapse, but he was a symbolic leader and the 'system' was already running the country," Jang noted. "The Organization and Guidance Department (OGD), the real system, just carried on as they always did. This is the system that enforces rule through the infallibility of Kim."

"Kim Jong-il later consolidated the OGD for himself, and now Kim Jong-un is the body's symbolic leader. But the young Kim is also just a puppet; he does not write policies or guide or change the system," Jang said."

Jang believes that the OGD, today, is rife with tensions and rivalries as it has grown so powerful, but it lacks any external checks and balances. And that means it will buckle.

Kim Jong-un is going to assume greater powers with the end of the three-year mourning period for his father, but analysts warn that mounting pressures - domestic and international - could hasten North Korea's collapse. (17.12.2014)

"All the indications, in my view, are that this regime will break down within a maximum of seven years," he said. "There are so many internal tensions that it cannot survive."

And while analysts, defectors and governments have long predicted the downfall of the only hereditary communist dictatorship in history, Jang's insight has additional weight. After graduating from an elite university in Pyongyang, Jang became a senior member of the United Front Department of the Korean Workers' Party, and he was the official poet to Kim Jong-il and created propaganda to be sent to South Korea.

His work was so important to the regime that he met Kim Jong-il twice - and was personally given a Rolex watch by the late dictator.

One of 'The Admitted'

As one of "The Admitted," the inner circle of the regime with numerous benefits, Jang learned many of the regime's inner secrets. It also opened his eyes to the abuses, corruption and inequality of life in North Korea. And when Jang defected over the border into China and was on the run, that knowledge made him a top target for North Korean agents sent to capture and return him to Pyongyang to face an almost-certain death sentence.

Jang's escape is detailed in the new book "Dear Leader," which concludes with his arrival in Seoul in 2004. In South Korea, he became an analyst for the state-run National Security Research Institute. In 2011, he set up the New Focus website, using contacts he still has in North Korea to provide news from within the isolated country. Jang says that discontent exists in North Korean society, fuelled by smuggled CDs of movies, music and information from outside.

Others, however, caution that it is impossible to predict when the regime will finally collapse.

"It's very difficult to make a prediction like that," said Robert Dujarric, director of the Institute of Contemporary Asian Studies at the Japan campus of Temple University.

Writing on the wall 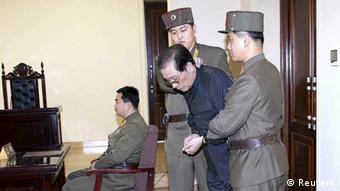 'The execution of Jang Song-thaek destroyed the image of the supreme family being infallible,' says Jang

"Everyone thought that when the Berlin Wall came down, the writing was on the wall for North Korea as well because of the support it received from the Soviet Union. But the regime has survived this long," he said.

Professor Dujarric points out that neither China nor South Korea wants to see a sudden collapse in Pyongyang; as well as a massive potential humanitarian disaster. There is a high degree of likelihood that a bloody civil war could break out between rival factions seeking control in the North, if the current regime collapses.

"If you look at other totalitarian dictatorships the one thing they all have in common is that they all collapse sooner or later and the same will happen with North Korea," Dujarric said. "But exactly when that will take place is anyone's guess."

Jang is confident that the change will come before too long. And once it has happened, he intends to return to his homeland to do whatever he can to rebuild his nation.