He was considered the most successful Czech male singer, and the Schlager star was incredibly popular in Germany. Karel Gott has died at the age of 80. 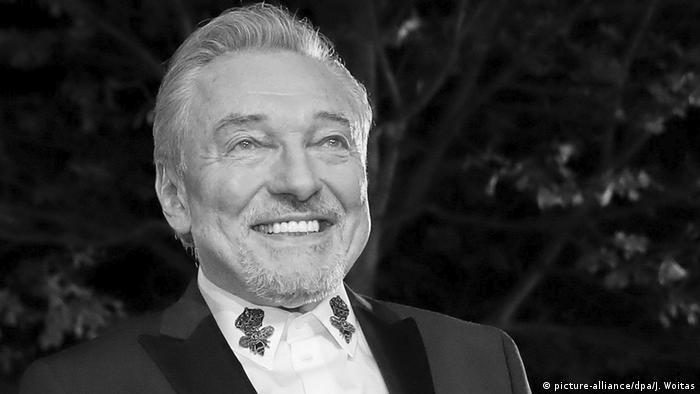 The Czech star Karel Gott, who died on October 1 at the age of 80 from leukemia, created a series of hits that won over not only people in his country, but also in the Soviet Union as well as in East and West Germany.

Known in Germany as "the Golden Voice from Prague," the Schlager singer is most famous for the title song to the German-Japanese anime TV series Maya the Bee from the 1970s.

Other hits include cover versions of Roy Orbison's "Pretty Woman" and Alphaville's "Forever Young," but most were written by Czech composers.

Over the course of his six-decade career, Gott released over 100 albums and 100 compilation albums, selling 23 million albums in Germany and up to 100 million copies worldwide.

He was voted the most popular singer 42 times in the annual Golden Nightingale poll of Czech music fans.

Born in Pilsen on July 14, 1939, Gott moved to Prague at the age of six. He trained as an electrician, but decided in 1960 to become a professional singer.

His first single was a Czech version of Henri Mancini's "Moon River." Following a performance at a music industry fair in Cannes, he signed a contract with German record company Polydor/Deutsche Grammophon Gesellschaft. Described as the "Sinatra of the East," Gott represented Austria at the Eurovision Song Contest in 1968.

Gott managed to retain his popularity following the 1968 invasion of Prague by Soviet-led armies, a time when many singers were banned from the stage for political reasons.

On Wednesday, Czech President Milos Zeman paid tribute to the star following news of his death: "Extremely sad news for our whole country. Karel Gott was a real artist who gave himself to others."

The Russian-German singer made it onto Forbes' top 10 of highest-paid women in music. While all the other stars on the list are international household names, "Schlager Queen" Helene Fischer is a very German phenomenon. (22.11.2018)

The revered singer who rose to fame in the 1970s with the hit "Eine neue Liebe ist wie ein neues Leben" (A New Love is Like a New Life) has died after a long illness. But his kitschy Schlager standards will long live on. (29.05.2018)

He's hard to miss with his black sunglasses and cap-like blond hair: Heino is Germany's most famous folk music star and a cult figure, and at 80, he's still going strong. (13.12.2018)