With investigators zeroing in on over a dozen big banks in the Libor rate rigging scandal, the timing couldn't be better for a structural overhaul of Europe’s banking sector. Not so fast, says the banking lobby. 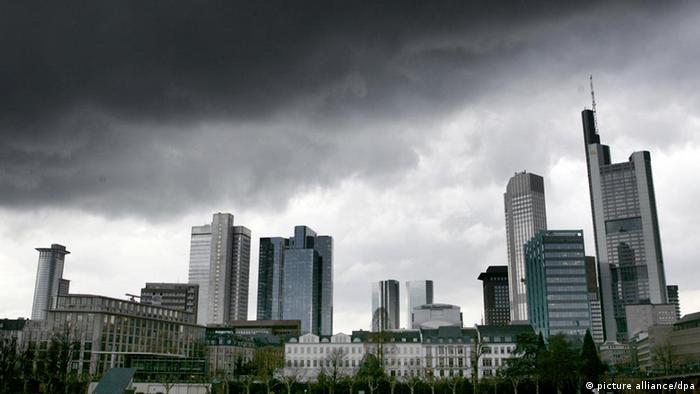 Ever heard of the high-level expert group tasked with reforming the structure of the EU banking sector?

How about the Liikanen group as the expert panel is also known?

Too bad, because the group led by Finland's central bank chief Erkki Liikanen was assigned what is arguably the most important effort to prevent a repeat of the financial crisis: To look into whether Europe's banking sector needs to be restructured.

Many experts contend that what used to be the financial crisis and has now mutated into the sovereign debt crisis was triggered at the core by a banking crisis.

Don't worry though if you've never heard of the Liikanen group because you're not alone. Outside the lobbying world, few people have.

That's because when the EU created the working group to look at structural reforms of the banking sector in January it did so without big fanfare. Even high-profile changes - such as Hugo Bänziger, until May chief risk officer of one of the banking behemoths, Deutsche Bank, joining the group - went publicly unannounced.

So it's small wonder then that the Liikanen group's call for external input on banking reform - from EU citizens and organizations - published on its sparse homepage yielded few answers. The so-called consultation process lasted one month and ended in June.

"There have been around 80 responses in total," Monique Goyens, who is part of the Liikanen group and heads the European association of consumer organizations (BEUC), told DW. 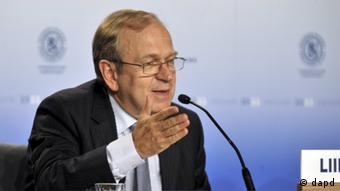 Eighty responses out of the more than half a billion citizens who will be affected by any decisions made or not made by the EU.

Goyens defends the meager turnout citing time pressure and argues that interest groups not individual citizens were the target of the consultation because experience in the financial sector was needed to respond to the questions asked as part of the consultation process.

But the group's official page clearly states that "all citizens and organisations are welcome to contribute to this consultation" and even provides an e-mail address for citizen responses.

While EU citizens may have missed their chance to have their say, the interest groups haven't. The major lobby groups all turned in their dossiers to stake their claim in the outcome.

Now the Liikanen group has until the end of the summer to review the external input and come up with a concrete reform proposal.

Others have been quicker to act.

The US and the UK, the two major global financial hubs, already have undertaken their own structural reforms.

Washington passed the Volcker Rule, albeit as critics charge in a much weaker version as originally planned.

London plans to implement the ICB (Independent Commission on Banking) or Vickers proposal.

Both are meant to stabilize financial markets and prevent a repeat of the banking sector meltdown. 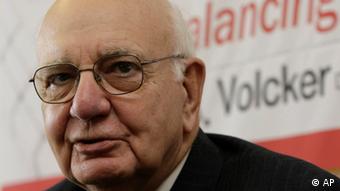 The Volcker Rule is tougher than the ICB proposal

At its core, the Volcker Rule foresees an institutional separation of investment from commercial banking. The ICB proposal doesn't go as far. It wants to implement what is called the 'ring-fencing' of the retail operations from the investment activities of a bank.

London doesn't want to break up universal banks, but by implementing clear limits of the size and nature of how investment and commercial banking activities can be kept under one roof, it hopes to maintain the benefits of an integrated bank while reducing the risk of contagion.

Naturally both the Volcker rule and the ICB proposal serve as possible models for a reform of the EU's banking sector.

But as DW's review of the financial industry's position papers in response to the Liikanen group process reveals, Europe's banking industry doesn't like either model.

In fact, five years after the start of financial crisis, the battle lines about an overhaul of the banking sector are still the same.

The banking industry by and large opposes any structural reforms of the sector while watchdog groups, unions and investors demand them.

With the Liikanen group working largely in silence, the battle over banking reform is carried out mostly out of the public spotlight.

In its input for the Liikanen group, the British Bankers' Association (BBA) argues that instead of adding new measures, EU policymakers should focus on doing their homework first by getting the policies right that are currently or soon to be implemented.

A recurring theme among structural reform opponents is their insistence that separating commercial banking from investment banking is counterproductive. The BBA, for instance, claims that "there is no empirical evidence to suggest that universal banks contributed to the financial crisis, and for that matter, diversity should be seen as providing insulation from a more catastrophic systemic risk."

The Association for Financial Markets in Europe (AFME), a trade group representing major global and European banks beats the same drum. In its response to the expert group consultation, AFME says that "the history of the financial crisis uncovers no link between the losses experienced by banks and their particular models or size."

And the Association of German Chambers of Industry and Commerce (DIHK) which represents some 3.6 million German companies warns that splitting banks up into commercial and investment institutes won't increase the stability of financial markets.

But the best summary of the financial community's hails from Sweden. With only two pages the Swedish Bankers' Association's response is brief and crisp.

The Swedish bankers simply state, "that both the Volcker Rule and the UK ICB proposal will be negative for Swedish banks' effectiveness and stability."

Loosely translated that basically means don't meddle with the system.

Meanwhile, on the other side of the fence, a host of groups are pushing for exactly the kind of tough rules banks are trying to prevent. 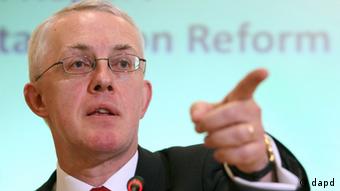 They want to somehow split commercial banking from investment banking and limit the size of the individual institutes. With certain adjustments, they all support the general thrust of the Volcker Rule and the ICB proposal.

The European Federation of Financial Services Users (EuroFinuse), an organization that says it represents some four million shareholders, investors and other stakeholders independent from the finance industry, wants banks to spin-off of all other operations from their commercial banking unit.

This will not only shrink the 'too big to fail' banks down to a manageable size, but is also the only option to keep alive central bank funding for financial institutions, argues EuroFinuse.

Let's not forget, says the group, that the sole purpose of central bank funding for other banks is to help them fund the real economy. "Central bank funds - which are public money and therefore belonging to the EU citizens - should not be used by banks to fund any other activities such as trading securities, currencies and derivatives, investment banking, asset management or insurance."

No bailouts for risky operations

The European trade union for the finance industry (UNI Europa Finance) strikes a similar tone. The group which represents some 1.5 million workers supports the direction of both the Volcker Rule and the ICB proposal, stating that "savers' money must never be used for speculative and high risk operations."

That assessment is also shared by the NGO Finance Watch as well as the CFA Institute, the lobby for chartered financial analysts. Both argue that current reforms haven fallen short and more needs to be done.

What the Liikanen group will make of these contrary proposals when it presents its report to EU Commissioner Michel Barnier later this year is anyone's guess.

What is clear, however, is that given the sheer make-up of the group the cards are stacked in the financial sector's favor.

Of the 11 members of the Liikanen group, six work or have worked in the financial or related industries and one is the former CEO of a huge multinational.

As the only civil society representative, Monique Goyens thus has her work cut out for herself.

But, says Goyens, the discussions in the group are characterized by a spirit of independence and freedom of expression:

"So I don't feel like being isolated in the corner."

While she wouldn't talk about the current state of debate in the group or her personal stance on structural reform, Goyens believes that the group can produce a meaningful proposal.

"I said from the beginning if I see that this is just cosmetic, I will step down."

Still, Goyens acknowledges that the hurdles are high.

"What I would indeed tell you is - and you can see this in the recent Barclays scandal - that it seems that the banking sector takes a huge amount of time to realize that life has changed. And so there is this principle attitude toward regulation that is negative and resistant."

It's high time for the EU to overcome this resistance and focus not on regulation and supervision as it has done so far, but restructure the banking sector, argues Rosa Maria Lastra, an international financial law expert at London's Queen Mary University. 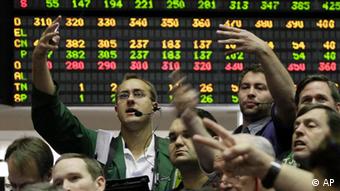 "Banks should come with a safety warning, a little bit like tobacco," she told DW. "Tobacco is dangerous. Banking has proven to be a dangerous business. Banking should go back to be a more boring business."

It is essential, notes Lastra, that the EU comes up with rules on how to unwind failed banks without using bailouts or causing major disruptions of the financial system. The ‘too big to fail' policy, which essentially guarantees a life line for the big banks via tax payer money, should end.

Capital market activities and hedge funds should still be allowed, but these more risky activities should be separated from traditional commercial banking business and not be covered by government guarantees, says Lastra:

"I expect that the Liikanen group will come up with proposals that to some extent will resemble the Vickers report in the United Kingdom or even possibly some of the proposals adopted in the United States, notably the Volcker Rule. They could go even farther."

But going beyond Volcker and Vickers seems unrealistic given the opposition of banks to any kind of significant reform.

Still, with new information coming out daily about banks manipulating Libor and other global interest rates thereby ripping off consumers and customers on a large scale, the public sentiment for any serious structural reform of the banking sector isn't likely to get any better than it is now.

Despite some progress, it's hard to be optimistic that the recent EU summit was the needed breakthrough that will put Europe on a recovery trajectory as some observers hope, argues Joseph Grieco. (05.07.2012)

Testifying on a rates-fixing scandal, former Barclays CEO Bob Diamond has said the bank made "mistakes" and was guilty of "reprehensible" behavior under him. He said Barclays had acted quickly to correct its errors. (04.07.2012)