Banks and states - a sinister alliance | Business | Economy and finance news from a German perspective | DW | 02.07.2012

Much of the eurozone is in a recession, struggling with high unemployment and public debt. But the interdependence between banks and states is even worse for the single currency bloc. Is there a way out? 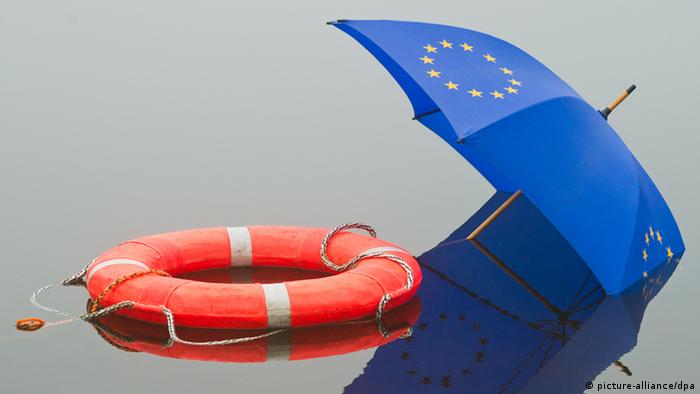 More than 10 years ago, central banks tried to head off recession by swamping the market with cheap money after the dotcom bubble burst and the 9/11 terrorist attacks on the United States wreaked chaos on financial markets. Innovative financial products from the US were extremely popular among investors from German regional state banks. The Irish and the Spaniards were into real estate purchases, making prices go up time and again. And they thought they had struck it rich.

Whether in the US, Spain or Germany, it was the state-owned or partly state-owned banks that were willing to take the greatest risks. "Wherever the state is the owner in the final analysis, financial risks are not viewed seriously enough," said the director of the Institute for Economic Policy at Cologne University, Johann Eekhoff.

You can always rely on the state. Rules and regulations are such that banks can take chances in a big way with relatively little equity capital. Many now argue that the financial crisis demonstrates those rules have been too lax. Banks readily bought sovereign debt bonds, because they were considered to be safe in line with the Basel II accord. Banks were able to buy such bonds without making essential provisions. An added irritation in the eurozone has been that southern European nations in particular profited from Germany's credit rating and were able to amass twice as much debt at low interest rates.

Heading toward the abyss, together

The rude awakening came with the collapse of US investment bank Lehman Brothers back in 2008. Once thought to be mega-cool, US assets turned toxic, seeing many banks across Europe reeling from the new reality.

To prevent a meltdown of the financial sector, states pumped billions into banks to rescue them. Germany alone spent 39 billion euros ($49.22 billion) on that attempt. Ireland, for its part, nationalized all bank-related debt, resulting in the country posting a public deficit of 32 percent of gross domestic product (GDP) in 2010.

In Greece, it was the other way around, with the state suffocating the banks with its debt load. The European Central Bank (ECB) stepped in to buy up Greek state bonds, which was seen as a capital sin by many German economists.

Risks taken over by taxpayers

French and German banks were affected, too. Their lobbyists helped convinced Paris and Berlin to bundle a rescue package for Greece. This gave the banks ample time to get rid of their toxic assets in the meantime. All of the risks were thus transferred to the states - or to the taxpayers, to be more precise. 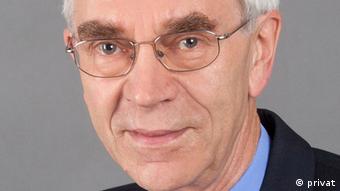 Central banks across the euro area lowered the criteria according to which banks were able to obtain loans. That was a move designed to help banks in debt-stricken nations whose credit ratings had been downgraded considerably.

"The result of it all has been a high degree of dependency, as it becomes obvious that those states won't be able to repay the debt at all," economist Johann Eekhoff warned.

Some countries even issued special bonds for banks, letting the banks swap the bonds for fresh money at the ECB. But all of that was to little avail and inter-bank money flows dried out. But huge amounts of money from southern Europe ended up in Germany, which was and largely still is considered a safe haven for investment.

Once again, the ECB came to the rescue. Until February 2012, eurozone banks were able to absorb huge amounts of ultra-cheap money. The official line of argument was that such a move would help avoid a credit crunch. But banks were also encouraged to buy up state bonds in order to lower yields on fresh borrowing and ease pressure on highly indebted nations. Spanish and Italian banks in particular didn't have to be asked twice.

"When Spanish banks buy Spanish state bonds through the ECB's refinancing scheme, they do in fact take the ECB's money and hand it on to the Spanish state," said Clemens Fuest, an economist and lecturer at Oxford University. This increases the mutual dependency between banks and states. The bursting of the real estate bubble has meanwhile brought Spanish banks to their knees. Auditors say they need up to 62 billion euros to survive the turmoil. And because Madrid is in no position to plug those holes, it has put up its banks for a European bailout. In other words, taxpayers from other European countries are requested to foot the bill.

Even if the eurozone's permanent rescue fund, the European Stability Mechanism (ESM), is expanded to deal with state debt, it will never be able to provide enough resources to cope with the debt load of the banks. This phenomenon has seen investors from outside of Europe turning their backs on the single currency. And this is why it is first and foremost eurozone banks which have to refinance the bloc's almost three trillion euros in sovereign debt, and they have to do so within the next two years. As such, states and banks appear inseparable, come rain or shine. 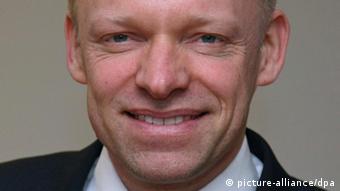 So, is there no way out of this dilemma at all? Fuest believes there is. The short-term goal is making sure banks are capable of acting, the economist argues.

"Either the creditors of the banks and bond owners cover the losses, or these losses will end up on the taxpayer's table," said Fuest.

He favors letting shareholders and creditors bear at least some of the risks. That, he adds, would only be in line with a basic rule of the market economy. But the most recent EU summit in Brussels took decisions which completely run foul of that principle. At Spain's insistence, eurozone leaders have renounced the priority status of ESM loans to help banks refinance themselves, which increases the risks for the taxpayers.

Economist Johann Eeckhoff doesn't think much of the "too big too fail" principle - meaning that banks only have to grow big enough to become so important that they can't be allowed to go bust. He recommends splitting up big banks in the future.

A centrally-supervised European banking union with a fixed level of equity capital provisions could also help to reduce current and sinister dependencies between banks and states, Fuest maintains. But, he argues, it would not be a recipe for the current crisis, nor should such a banking union become a tool of redistributing the southern European banks' debt load to taxpayers across the continent.

Also, Eekhoff believes banks need to have higher levels of core capital. That would make it possible for them to survive future financial crises by falling back on their own reserves instead of having to be rescued by the state. He said nine percent core capital provisions for banks as foreseen by the Basel III accord on banking sector regulations are just not enough. And that international agreement does not call for state bonds to be hedged by core capital. It is hard not to wonder, "Here we go again?"

How the EU's debt firewall will work - hopefully

Eurozone countries want to install a new 700-billion-euro ($875 billion) firewall against the debt crisis in July. Until they do, the European Stability Mechanism is little more than a paper tiger. (28.06.2012)