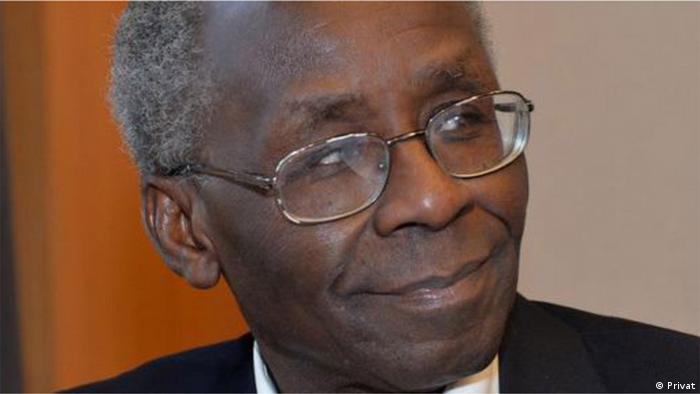 DW: You recently said that "Ebola is swimming in an ocean of national apathy, denial and unpreparedness." What exactly did you mean by that?

Oyewale Tomori: Given the fact that Africa has had Ebola since 1976, it shouldn't have caught us unawares again and when it came, it shouldn't have taken us the length of time that it did to know that we have Ebola. For example, the situation in Guinea - you remember the first case was supposedly in December 2013, but the world wasn't aware of it until March 2014. That's three whole months during which the disease was spreading itself. If we'd had good disease surveillance in place in many of the African countries, this would have been detected as early as possible. If laboratory services had been operating very well, a lot of this would have been known. A single case in DR Congo - it took them less than a week to detect the fact that it was Ebola. In Nigeria, the luck we had, the good thing we had, was that we had a lab that could detect that this was Ebola within 48 hours. That made all the difference. But all over Africa, you find that the issue of disease surveillance, laboratory development has been abandoned by many of our governments and this is where there's apathy, and when eventually people knew what it was, many governments were denying that it was Ebola. Or they were saying it's not my problem; it's a problem of Guinea, or it's a problem of Sierra Leone and that kind of thing. And then when we had the whole problem in our hands, we were totally incapable of handling the situation. So all that combined - the apathy, the unpreparedness, all added up to what we have right now.

The African regional office of the World Health Organization is coordinating the fight against Ebola. How effective are they?

The countries that are affected are extremely poor. Is it a question of money?

When people raise that, I go back to the issue of how did they become poor? A lot of poverty in Africa is misplaced priority. There are certain basic essentials that any government should be able to provide for its people. Good schools, good clinics, which are available to people. Take, for example, simple gloves that African countries cannot provide for their health workers. How much would that cost? And yet you will find the head of state who will come to a meeting in New York and stay at the best hotels. It's not a matter of poverty, it's about how well you spend the money you have. I appreciate that Liberia and the like have been at war and that they've had this problem, but the question I ask is this: 'Why did they go to war?' Was it for some important value or what? They were struggling over who was going to control the diamonds. These are the issues we need to look at. And unless we examine these things, we will continue to say Africa is poor and we in Africa will continue to accept that we are poor. We are not poor. I don't want to use the word 'stupid,' but we are misplacing our priorities, that's all

How disappointed are you by this?

Well, I'm thoroughly disappointed, because I know we have capable people in Africa. There are many, many Africans who have moved out of Africa and are performing well wherever they are. Many of our leaders who go overseas to receive medical treatment, they are shocked when they find that the doctor treating them - in Europe or somewhere else - is one of their own countrymen. If the environment were good, those people would not go, the brain would not drain. The brain drains to where it is able to function and that is what is happening to us in Africa. A lot of our people are not asking for sophisticated equipment - as in Europe - but those basic essentials for their protection, their safety, the drugs they need to have. It's not that we don't have the money for that. I believe we do. It's just that we are misusing our money. That's the whole issue.

Oyewale Tomori is a professor of virology, who served as regional virologist for the World Health Organization, Africa Region from 1994 to 2004. He is President of the Nigerian Academy of Science.

The aid organization Doctors Without Borders has warned that a deadly Ebola outbreak in Guinea is dangerously widespread. Neighboring Liberia has also confirmed two cases of the disease. (31.03.2014)